A global human resources association now has a new presence in the territory. The Virgin Islands chapter of the Society of Human Resource Management installed its inaugural executive board during …

END_OF_DOCUMENT_TOKEN_TO_BE_REPLACED 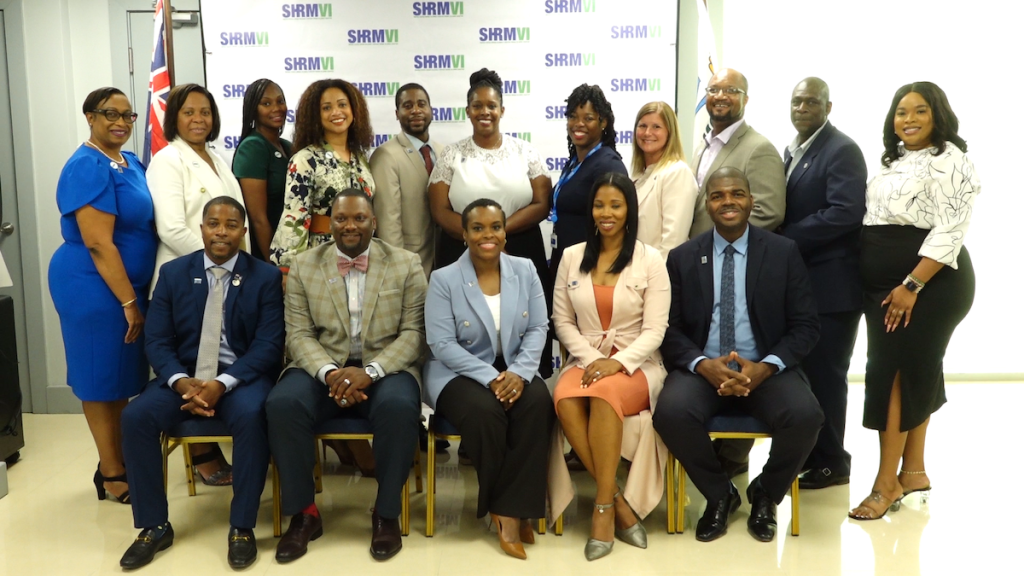 Attendees pose during a board-installation ceremony for the new Virgin Islands chapter of the Society of Human Resource Management. (Photo: GIS)

A global human resources association now has a new presence in the territory.

The Virgin Islands chapter of the Society of Human Resource Management installed its inaugural executive board during an Aug. 24 ceremony themed “Double the Impact” at the BVI Finance offices in Cutlass Tower.

The chapter, which was the result of a year-long collaboration between VI and the United States VI members, is SHRM’s first to include members from two sovereign countries, according to Government Information Services.

SHRM — which is based in Virginia but claims more than 300,000 members in 165 countries — is a professional membership association that lobbies governments for effective HR policies; provides education and certifications; and promotes the HR profession, among other activities, according to its website.

“I believe it is important for us to join in that public-private partnership to develop not only the workforce of the Virgin Islands, but continue to change the trajectory of where we are in this territory, [along with] the development of our people, so that we can continue to be leaders in our territory,” Mr. Turnbull said.

To that end, he cautioned against attempts to “re-create the wheel” and advocated for involving established agencies including his ministry, the Ministry of Education, the Premier’s Office, the Department of Trade and Economic Development, SHRM VI, and all other HR agencies in the territory, according to GIS.

“At the end of the day, a lot of what you do, from the work permits, from the training, from what is required to come into employment, that expertise that you would need — that all lies within us,” he said.

The minister also reiterated his recent promises to tackle the delays in processing work permits and carrying out other labour functions.

“We are going to fix the Labour and Workforce Department,” he said.

Premier Dr. Natalio “Sowande” Wheatley also spoke at the ceremony, according to GIS.

“This is an event that certainly portends success for the Virgin Islands,” he said. “It is a very difficult time for persons in the workforce, but we see a brighter future ahead, and to be able navigate all the challenges that we have in the workforce will certainly require leadership, cooperation and collaboration.”