With the help of new outreach officers hired in the past year, the non-profit Green VI hosted nature tours, cleanups and a movie screening over the weekend in celebration of …

END_OF_DOCUMENT_TOKEN_TO_BE_REPLACED 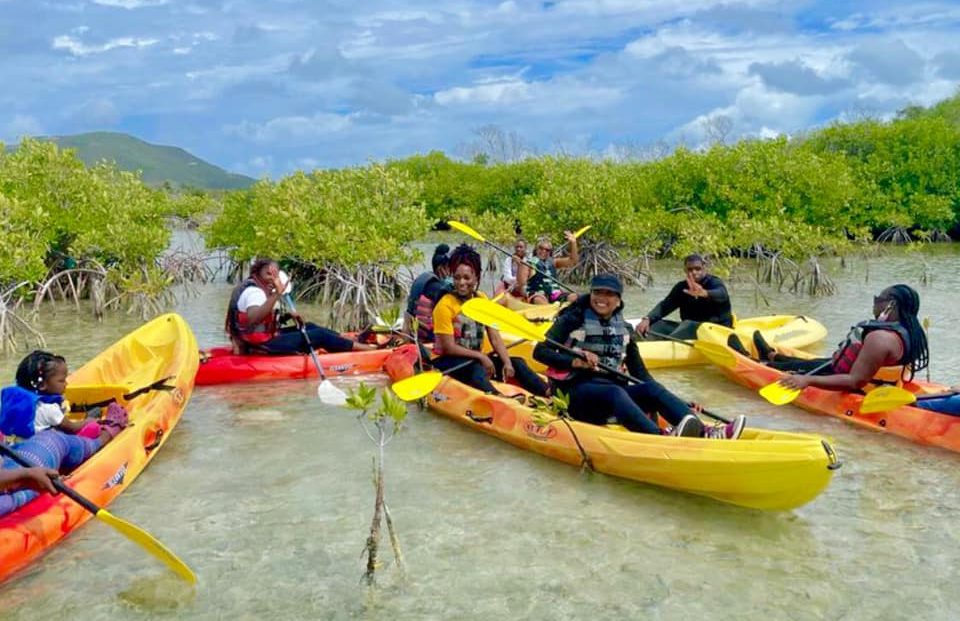 With the help of new outreach officers hired in the past year, the non-profit Green VI hosted nature tours, cleanups and a movie screening over the weekend in celebration of World Environment Day on June 5.

“We figured what we could do was start small: get people into the environment to see what’s changed,” said Green VI Communications Manager Jewel Hector. “It was about getting people out and involved. Touching the grass and kayaking in the mangroves. Showing people the state of the environment.”

On June 5, a hike started in Brewers Bay at 7 a.m. in conjunction with Mervin Hastings’ Eco Adventures BVI. Another tour was held in Anegada starting at 9 a.m. at the island’s community centre.

On the same day, Green VI worked with the BVI Tourist Board and the Anegada District Office to hold cleanups on Anegada and Virgin Gorda early in the morning.

That evening, the non-profit organisation sponsored a movie screening of The Lorax at Long Bay Beach Resort.

“There were two tours in Beef Island with a local tour company — GroundSea [Ad- ventures] tours — and Mervin Hastings does a nature tour in Brewers Bay,” Ms. Hector said.

“We began the tour at the entrance of the road to Long Bay,” Mr. Kanhai said. “I gave a little talk about World Environment Day, highlighting the theme for the year and why we celebrate the day.”

World Environment Day, which has been observed every year on June 5 since 1974, is a United Nations tool for raising awareness and action for environmental protection.

This year’s theme was ecosystem restoration, Ms. Hector said. “The turnout was pretty good,” she said. “There were a lot of young people involved. It was getting the younger generation to come out.”

Mr. Kanhai said that the people who joined his tour were very excited about it.

“It’s not all the time people get to enjoy nature,” he said. “Sometimes people drive by these places and never get to enjoy it. They were happy to be a part of the walk.”