Following rounds of competitive singing and an intense battle between the sexes, Dwight Hutchinson Jr. was crowned the winner of the 2019 Gen Y Factor Singing Competition on Saturday night …

END_OF_DOCUMENT_TOKEN_TO_BE_REPLACED 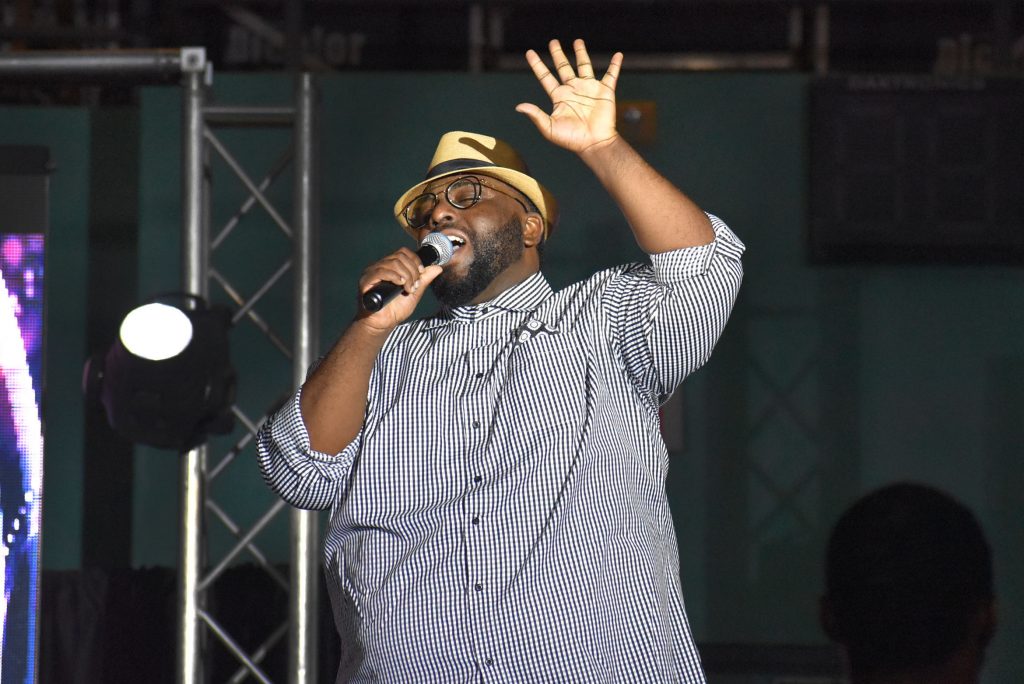 Following rounds of competitive singing and an intense battle between the sexes, Dwight Hutchinson Jr. was crowned the winner of the 2019 Gen Y Factor Singing Competition on Saturday night amidst a crowded audience in the Multi-purpose Sports Complex.

The 29-year-old gospel artist won the overall competition with displays of his singing abilities, which he has honed since he was a child.

“I’ve been singing in the church since I could remember who I am,” he said in an inter- view after the contest. “Growing up during practices, my father always listened to me. He would always give me bits of advice when I’m articulating or expressing certain things. Further on, I met choir leaders that just deposited those things in me. Part of the gospel world is expressing or embodying Christ.”

For Mr. Hutchinson, the singing part was easy, but engaging the audience proved more challenging.

“In the church that’s easier for me because everyone is in a congregation, everyone is on the same page,” he said. “When I sing I just close my eyes and express myself within the song. Tonight I couldn’t do that.”

Mr. Hutchinson was part of the winning male team for best ensemble and the winning duet team with the song “Beauty and the Beast,” and he was crowned the top male performer of the night.

Hosted by the Department of Youth Affairs and Sports, the annual event is designed to showcase talent from young people throughout the territory.

“[The Department of Youth Affairs and Sports has] some programming targeted at 16- to 29-year-olds,” said Education, Culture, Youth Affairs, Fisheries and Agriculture Minister Dr. Natalio “Sowande” Wheatley. “Those programmes are trying to expose them to different opportunities to develop their talents and put them on display.”

Dr. Wheatley and acting Premier Kye Rymer presented Mr. Hutchinson with a $2,000 cheque after he was crowned.

“I just thought that those young people — they are at an international level,” Dr. Wheatley commented. “I think they can compete anywhere in the world and I’m going to do anything that I can to put them on the world stage.”

On Tuesday, the Department of Youth Affairs and Sports publicly thanked Premier Andrew Fahie for sponsoring the singing competition. In a Facebook post, the department noted that the show’s cost “has escalated as the competition continues.”

The post stated that without the premier’s involvement, the competition would have had to be cancelled or moved to a smaller venue.