In their Words: Joe Collier

Mr. Collier is the president and CEO of Mainsail Lodging and Development, which owns and operates Scrub Island Resort and Marina, the grand reopening of which took place Oct. 1. …

END_OF_DOCUMENT_TOKEN_TO_BE_REPLACED 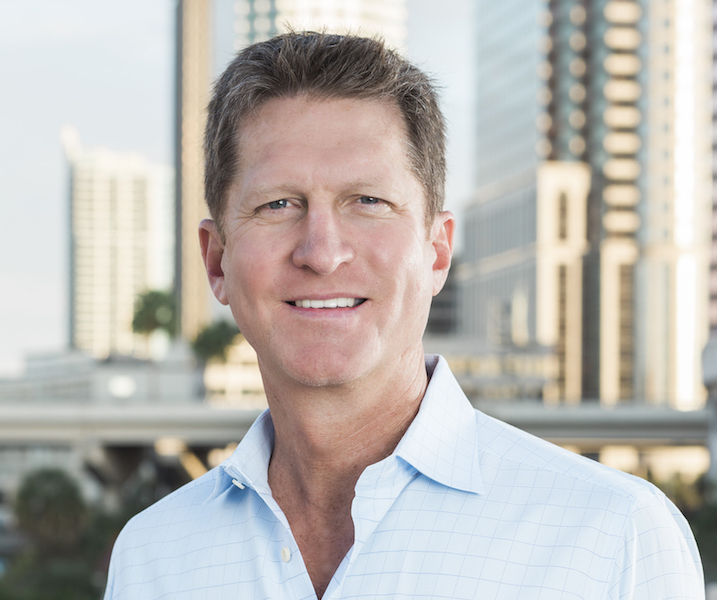 Mr. Collier is the president and CEO of Mainsail Lodging and Development, which owns and operates Scrub Island Resort and Marina, the grand reopening of which took place Oct. 1. The following are his words, condensed and edited by Claire Shefchik.

Early years
I’ve been coming down here and sailing the BVI since I was a young man — college, during those times — and fell in love with the BVI. Grew up in Florida and went to work for Marriott for about 15 years after college, and then I left Marriott to start a company called Main- sail. That’s our company that is the manager and developer of the resort. Because I’m a sailor, I’m a boating person, and I lived on a boat for five years. I really know boats and I love boats and so this is great area for me to be in.

We came in and chartered from The Moorings, puttered around, and found ourselves here and had dinner here and that’s what started the whole thing. But I’ve been coming down here, and the airport was completely different. You used to have to buzz the runway to get the goats off back in the day. The boat charter business was the main business down here. That was really what was helping grow the BVI. And I know that tourism was a big part of that.

[The new restaurant at Scrub is called] Donovan’s Reef, and that is what the old original restaurant on Scrub Island was called when I first sailed up here in 2003 with my wife. That’s all that was here, and a home. There was a woman here by the name of Pam McManus and her two sons that lived out here with her, and her husband had had a heart attack and died here on Scrub Island about a year before. So they were here running this little restaurant. I got talking to them. I sailed up here, anchored, came up here for dinner and that’s what started the whole thing. Other than that, there wasn’t anything on the island. So we began the project in 2003 and took it to this level.

I was in Florida, and we have other properties in Florida, and they were all in the storm’s path. The cone of death, the cone of uncertainty, was basically going to hit Scrub Island and hit everything we had. And so we couldn’t travel down here anyway: We had to wait it out because it was going to hit Florida. I think we were here four days after the storm to help out, survey the damage and make sure everybody was okay.

Guests in the storm

It was difficult to come see the place that we’ve been work- ing so hard on, and that level of destruction. There wasn’t a leaf left on the trees. People in Tortola experienced the same thing — in some cases worse. So the first order of business was: Is everybody safe; is everybody out of harm’s way?
We had 30 hotel guests that were here on the island. They rode the storm out on the island along with 20 staff. We had to get those hotel guests safely out of here. It took us a few days for a helicopter to come, pick them up, take them over to San Juan, put them up at the Ritz in San Juan. We kept their bags here, because you couldn’t really carry the suitcases on the helicopter. So we had their bags here for months and then safely got their bags back to them later. We got great letters from them. Some of them have already been back. I mean, it was a life-changing experience, but they have a story they can tell everyone, riding out a Category 5 on a Caribbean island, you know? It was amazing for them, I guess, in a scary way, but I think they felt safe and our staff did a great job keeping everybody safe and sound. That was kind of first and foremost: getting everybody off the island. We switched pretty quickly to: What are the economics now; what do we do? And we heard and saw the helicopter footage of all the other resorts, Bitter End, the severe damage that occurred on all these other properties, and we were like, wow.

We got a tremendous beach out of the deal. That’s a silver lining from Irma. Not to mention that we were able to rebuild the resort from our insurance proceeds and refurbish and renovate the hotel. Scrub Island stood pretty tall through the storm: We didn’t really have any terrible structural damage. We had broken windows, we had broken doors, we had debris everywhere, we had porches ripped off and things like that, but walls, trusses, building structures all stayed extremely well. Once we started clearing the debris, we realised, wow, Scrub Island’s not as damaged as we thought. There’s still a lot of work to do, but we can put this thing back together again fairly quickly. Took us a little bit of time to get through the insurance process, but we finally did and since that time we have been going guns blazing getting this place ready. It’ll take us to the end of the year to get everything soup-to-nuts finished. The next chapter of Scrub Island begins.