A sea of purple shirts filled the Noel Lloyd Positive Action Movement Park on Friday afternoon. They were worn by advocates for Alzheimer’s awareness, many of whom experience the effects …

END_OF_DOCUMENT_TOKEN_TO_BE_REPLACED 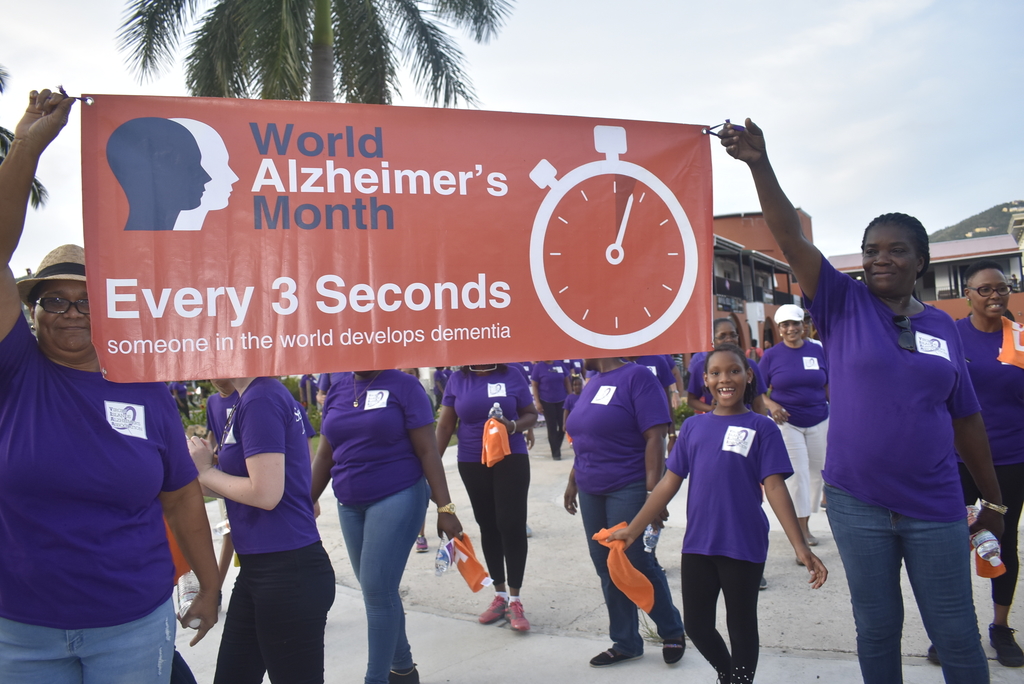 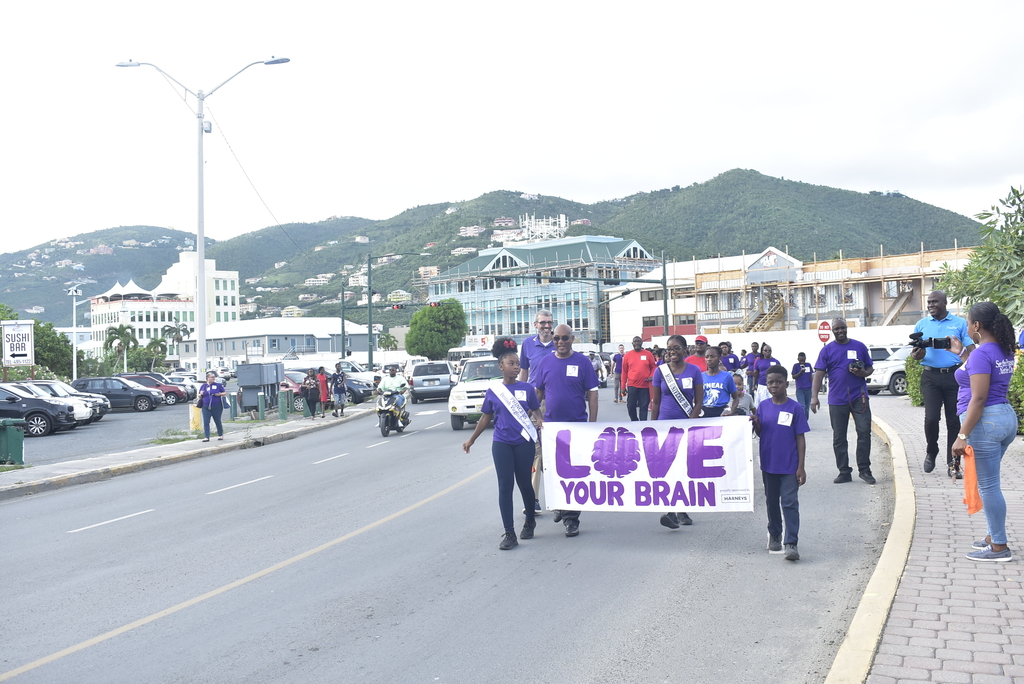 Participants at the Alzheimers Awareness Walk filled a side of the street in Road Town on Friday afternoon. (Photo: ZARRIN TASNIM AHMED) 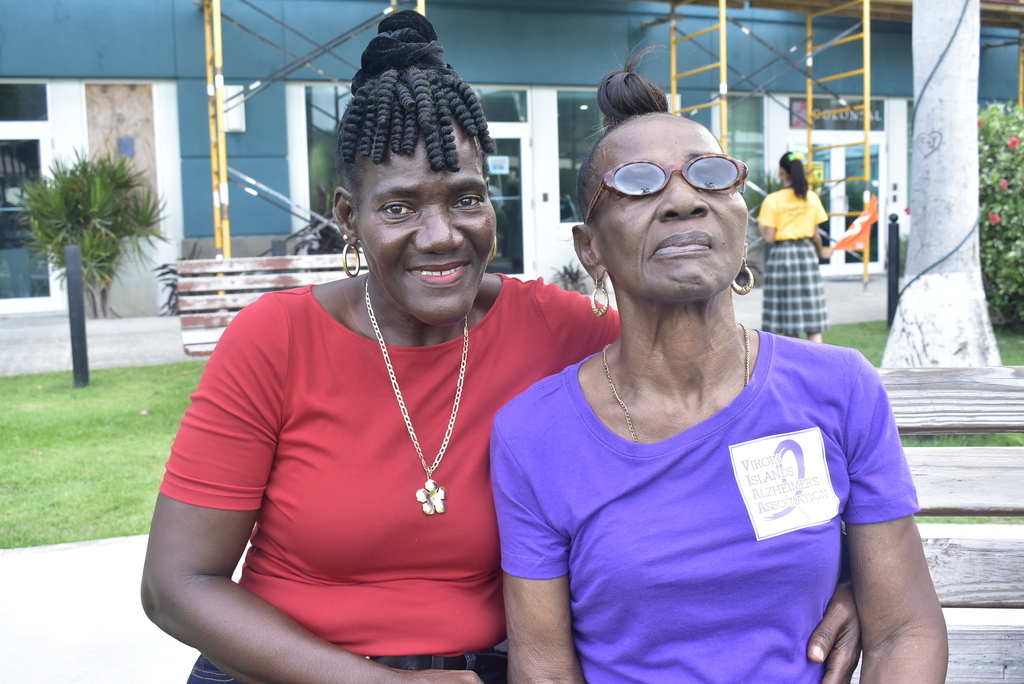 Sonia Desuza and her mother Gloria Lindssey sit on a bench before the Alzheimer’s Awareness Walk on Friday. (Photo: ZARRIN TASNIM AHMED) 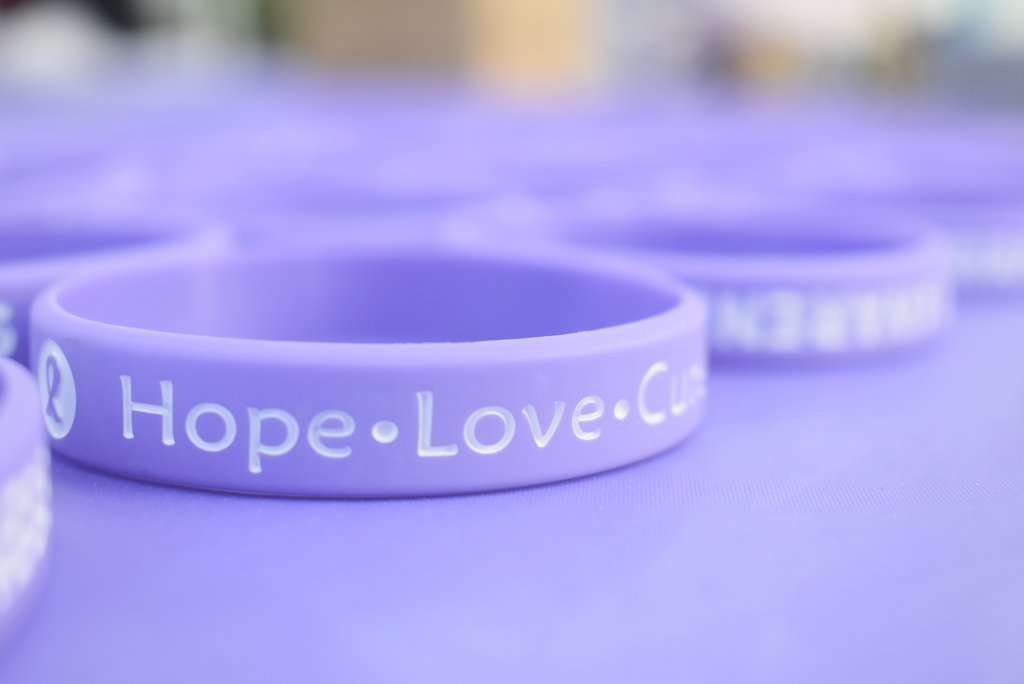 During the event, a booth was set up in the Noel Lloyd Positive Action Movement Park where bracelets like this were distributed. (Photo: ZARRIN TASNIM AHMED) 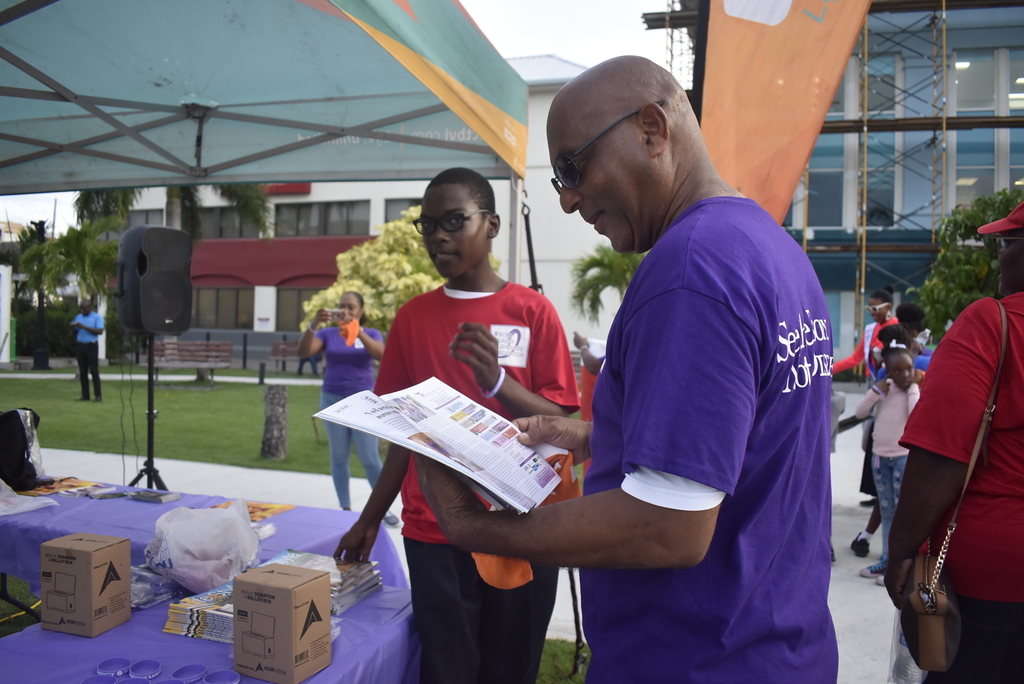 They were worn by advocates for Alzheimer’s awareness, many of whom experience the effects of the disease and other forms of dementia on a daily basis.

“We need as citizens and we need as a community to educate our children that dementia is nothing to play with. It is something serious, and each day when I’m looking at my mom I hurt at times,” said Sonia Desuza as she sat next to her mother, Gloria Lindssey.

They were awaiting the start of the Alzheimer’s Awareness Walk. Though the event was originally scheduled for Sept. 20 and delayed a week due to storms, many showed up to support the cause.

“It was a great awareness day for the VI Alzheimer’s Association,” said president Edna Williams. “The walk was excellent. I think every year it gets bigger and better and we only hope for more greater things in the future.”

Ms. Williams said that more than 130 people attended the march and over 600 t-shirts were sold in support of the cause. Those who were unable to attend the march showed solidarity the same day by wearing the shirts.

With a police escort, participants walked down Waterfront Drive during rush hour, drawing attention from pedestrians and drivers alike. They went down to Peebles Hospital, then back through Waterfront Drive before returning to the park and celebrating their campaign.

Because of the recent storms, the association was unable to organise a vigil after the walk as it usually does, but it plans to host the event within the coming months.

The VIAA was conceived after Ms. Williams noticed a change in a Rotarian friend’s behaviour. She sensed something was wrong after he stopped driving and stopped coming to meetings. As soon as her friend told her that he had Alzheimer’s, she responded, “I know.”

She began giving him a ride to their meetings and started researching the disease. What began as a favour for a friend has turned into a nonprofit organisation with over 40 members.

In June, the association was accepted into the Executive Council of Alzheimer’s Disease International, a federation of 100 associations around the world.

“The association was mentored and evaluated over a two-year period prior to being asked to apply for full membership,” Ms. Williams explained. “We did reports and different activities to demonstrate that we were doing the work.”

In September, it launched the “You Are Not Alone” programme, which aims to support family caregivers. It also runs a youth support group for children and grandchildren of people affected by the disease.

Additionally, the association plans to host trainings for businesses and organisations to educate the public in taking care of people affected by Alzheimer’s.

“One of the things we need to do is develop a national policy which would address the treatment of persons living with dementia,” Ms. Williams said. “That is basically a mandate that we have coming through Alzheimer’s International. It’s also a mandate of the World Health Organization.”