Premier Andrew Fahie has abruptly reversed most of the controversial fee hikes from the BVI Ports Authority that have put the business community in an uproar. “The majority of the …

END_OF_DOCUMENT_TOKEN_TO_BE_REPLACED 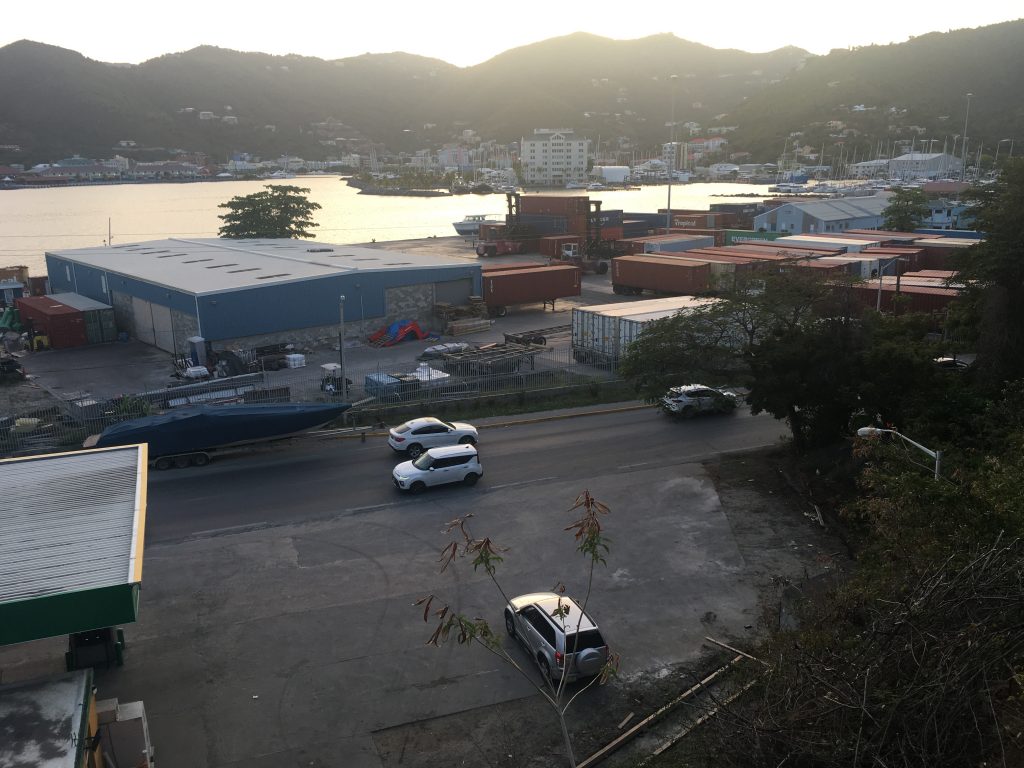 Most of the recently announced BVI Ports Authority fee increases will not be implemented until next year, Premier Andrew Fahie announced last Thursday. (Photo: CLAIRE SHEFCHIK)

Premier Andrew Fahie has abruptly reversed most of the controversial fee hikes from the BVI Ports Authority that have put the business community in an uproar.

“The majority of the fees that formed part of the fee scheduled to take effect from May 2021 are postponed,” he said last Thursday.

“Furthermore, the BVI Ports Authority has informed that the majority of the announced Port Authority fee increases will now be postponed until 2022.”

In the meantime, he said, the scheduled return of cruise tourism, along with other proposed revenue streams, will allow the BVIPA to function “until our economy continues to rebound.”

The fee hikes — the first for the authority in at least 20 years — were announced in January and included nearly across-the-board increases for licences and fees, some of which would more than triple starting March 1.

Last month, the BVIPA announced an attempt to appease critics and ease the pain by phasing in the adjustments.

Under the new plan, revised licence fees for customs brokers and agents took effect last month, as did new fees for storage, wharfage, line handling, and container and vehicle access.

The other increases were scheduled to take effect May 1, but they will now be postponed.

The BVIPA first implemented the increases in order to raise money “to upgrade the ports to international standards,” Mr. Fahie said, adding that the decision “also took into consideration what the industry norms and standards are in regional ports and the fact that fees in the Virgin Islands are significantly low in comparison.”

In announcing the phased rollouts, the authority also promised to inform stakeholders of its progress by engaging in a series of information-sharing meetings with staff, clients and the business community.

Last week, Opposition Leader Marlon Penn had weighed in on the heated debate over the increases, which have caused consternation among business owners who were already struggling to keep their heads above water due to fallout from the Covid-19 pandemic.

“This is simply not the right time,” Mr. Penn (R-D8) said in a press release at the time, claiming that the cost of doing business in the Virgin islands is already high and that the increase “will only result in inflation of those costs, the consequence of which will have a detrimental impact on our economy.”

Last Thursday, however, the premier needled Mr. Penn for his sudden objections to the hikes.

The recommendations for the fees “were forwarded to the board of the ports for approval and subsequently after the board’s approval, it was forwarded for Cabinet’s approval, and then to the House of Assembly, where it was laid on the  table … without objections from  any member of the House, including members of the opposition,” the premier said.

He added that the rollout of the fees did not go as he envisioned. Cabinet, he said, initially recommended that stakeholders be engaged for further feedback and that the BVIPA embark on a public relations strategy to ease the public into the idea.

But the authority did not follow these suggestions, he said.

“Since then, the people of  the Virgin Islands, as well as the small business stakeholders, have  expressed concerns, mainly regarding the timing of the new fees,” he said, adding, “We cannot run from this forever. We will have to find a way to do what is necessary while softening the impact it will have on the population.”

The BVIPA has repeatedly said the increase is needed to upgrade port operations and to improve service, including upgrading facilities to meet more modern standards and comply with international regulations.

However, the BVI Chamber of Commerce and Hotel Association immediately slammed the move, calling it “borderline madness” and more evidence of  government’s bungled recovery plan.

Mr. Penn also accused the BVIPA of wasteful spending and said the fees are coming at a time when business owners and consumers can least afford the expense.