Long waits to process a trade licence or work permit will be a thing of the past once the Public Service Transformation Initiative is accomplished, according to Premier Dr. Orlando …

END_OF_DOCUMENT_TOKEN_TO_BE_REPLACED 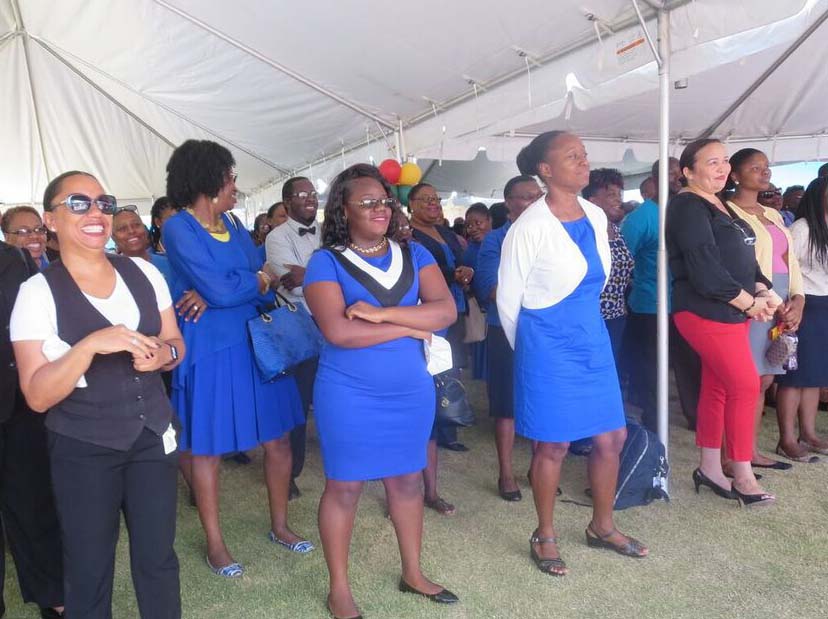 Long waits to process a trade licence or work permit will be a thing of the past once the Public Service Transformation Initiative is accomplished, according to Premier Dr. Orlando Smith.

The premier spoke alongside Deputy Governor David Archer Monday morning before a pumped-up audience of hundreds of public officers under a tent at the Tortola Pier Park. Many attendees were sporting green, red, gold or blue to represent their teams, dubbed the Eagles, Warriors, Panthers and Supersonics.

The premier explained that the public service is the linchpin of disaster recovery in both the public and private sectors.

“[Private businesses] need our assistance when it comes to trade licences and work permits in an efficient manner,” he said. “We can’t continue holding up things for two, three, four, five, six months. We used to do that, but I think that time should be past us now. Otherwise we’ll never get rebuilt.”

As an example, he referred to a conversation he had with officials from the United States Federal Emergency Management Agency, which orchestrates disaster recovery in that country, who he said told him “the most important thing to recovery is getting businesses up and running speedily.”

Newly appointed Deputy Governor David Archer, along with permanent secretaries of each ministry, was on hand to individually recognise the heads of each division.

The event, which kicked off Public Service Week in the territory, was a chance to thank public officers for their work restoring the Virgin Islands after hurricanes Irma and Maria, and to formally launch the transformation initiative, which the deputy governor announced when he was sworn in March 1.

At the time, Mr. Archer told public officers that they are the “backbone and the key ingredient” to the initiative, which aims to shape the public service to be “stronger, more resilient and more effective.” 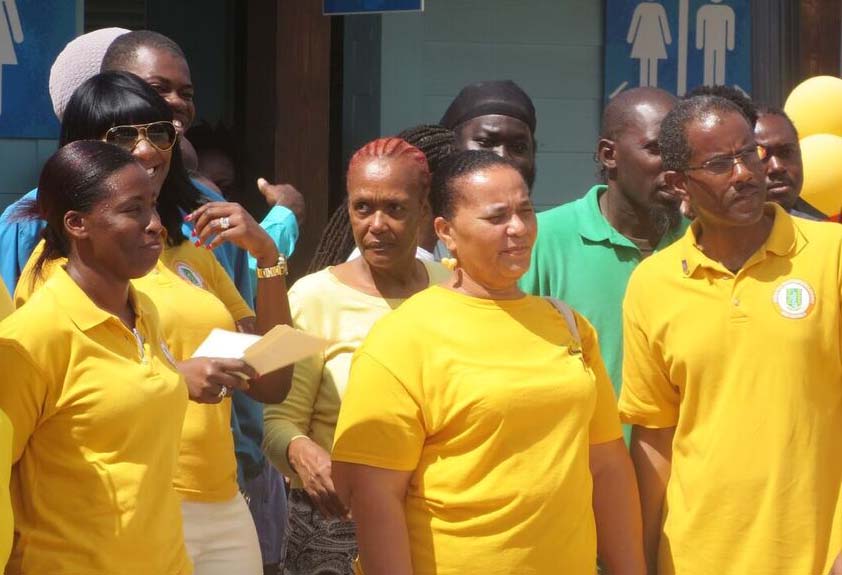 Amidst a soundtrack of inspirational music provided by the emcee, Communications Director Arliene Penn, Mr. Archer told officers, “We asked you to change and transform. You ask, ‘What are they talking about? I still don’t have a roof.’ And that’s why we’re here. Six months later we’re stopping to say thank you.”

Anthony McMaster, permanent secretary in the Ministry of Communications and Works, said he was proud to recognise his team for their tireless work.

“For six months, day and night, they continued to show up and continue to work; not once have I heard them complain,” he said. “As a matter of fact, they actually work harder than me. When I’m leaving the office after 6 they ask me if I’m going already.”

The premier added that thanks to the storms, his office now has a “modern” open office plan, which he said he hopes would set the standard for offices in the Central Administration Building in the future. He added that his staff now has “the ability to converse more easily and share ideas with people around the office — and it saves on partitions and [solves] problems of mould.”

Governor Gus Jaspert thanked those public officials who have worked out of temporary offices and with limited resources.

“We didn’t allow ourselves to be knocked down or defined by those storms,” he said, adding that officers have not “sat around complaining about the lack of air conditioning.”

However, he urged them to strive for even more improvement, observing that public officials provide a sense of stability as politicians come and go.

“The public service just delivers,” he said. “It’s a transparent, accountable backbone throughout our development.”

As ministers left the event for the House of Assembly, the governor added that he hoped “they make the right decisions” about how much financial support to accept from the United Kingdom in the next six months.

“However,” he added, that will be “in their hands, not mine.”

The premier used his remarks to agree about the necessity for funding, noting that “we have a $50 million deficit; and if we don’t get additional finances we have a serious problem.”

“We started right after we had our whirlwind,” with then-Deputy Governor Rosalie Adams working on a strategic direction for the initiative, she said. On Oct. 6, the Cabinet agreed to a seven-point plan. A transformation team, including a technical adviser from the UK, was established in November.

“Very early it was decided that this work would be set apart like none other, because there was a sense of urgency and zeal to get our public service and this country back,” Ms. Stevens said.

She described several points of the plan, which is to include more technology and a greater centralisation of shared government services. Public officers have also been invited to share their feedback over the internet and social media, and Ms. Stevens stressed that the transformation could not happen without their active participation.

“This is the time where we must choose the harder right than the easy wrong,” she said.

Mr. Archer urged public officers to apply “the same passion that you had when you thought you were going to die … to the way we serve people.”

He said the ultimate goal will be to transform the public service to be among the best in the world.

“Public sector transformation is not about a programme or a project for one month or two months,” he said. “It’s about a change in the ethos of the way we think.”

“Today we have received our Emmy Awards, and now we’re waiting on the Oscars and the Tonys as we seek to transform the public service,” she said. “All eyes are on us to see how we can and will recover.”