The Caribbean recorded a 12 percent increase in tourist arrivals during the first quarter of 2019 spurred on by a 24 percent rise in arrivals from the United States, according …

END_OF_DOCUMENT_TOKEN_TO_BE_REPLACED 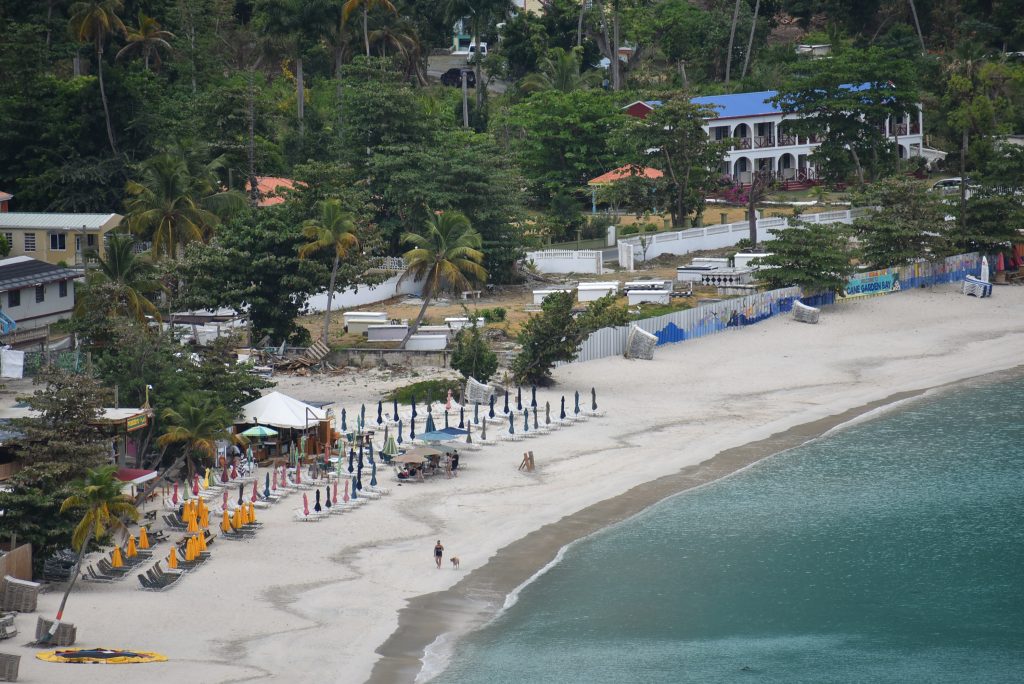 Visitors to Cane Garden Bay last month relax on the beach in front of Pusser’s at Myett’s. (Photo: CLAIRE SHEFCHIK)

The Caribbean recorded a 12 percent increase in tourist arrivals during the first quarter of 2019 spurred on by a 24 percent rise in arrivals from the United States, according to the Caribbean Tourism Organisation.

“Overall, a statistical analysis of the first quarter gives us much to celebrate as substantial numbers indicate healthy economic conditions in key source markets and a strong resurgence of tourism in destinations impacted by the 2017 hurricanes,” CTO Chairman Dominic Fedee said during a news conference this month at the Wyndham New Yorker Hotel during Caribbean Week New York.

Between January and March, there were 9.1 million international tourist trips to the region, an increase of 970,000 over the same period last year, according to the organisation.

Cruise visits also proved to be on the upswing, with an increase of 9.9 percent, or 900,000 more cruise arrivals when compared to the same period in 2018. In total, a record 10.7 million cruise passengers visited the region.

With a strong United States dollar and consumer confidence nearly equaling an 18-year high, the US was the strongest-performing Q1 market, with 4.5 million tourist visits. With 1.5 million visitors, Canada also saw a four percent rise in visitors.

Meanwhile, arrivals from other locations didn’t fare as well. European arrivals only rose by 0.6 per cent, with 1.6 million tourist arrivals in Q1. Of those, 300,000 came from the United Kingdom (up 0.1 percent).

There were 200,000 German arrivals, falling by 8.1 percent. The Caribbean and Latin American arrivals were also up, but at a slower pace than the larger markets, both at less than two percent.

The CTO noted that there was also a 1.4 percent rise i available airline seats to the region during Q1, bringing to total number of international seats t 12.4 million during the period Based on the growth, the CTO predicted an eight to nine per cent increase in tourist arrival throughout the year, along with 5.5 to 6.5 percent growth in cruise arrivals.

According to the CTO, Caribbean Week New York is the largest regional tourism activity in the New York area, where artists, performers, chefs, investors and government officials join the media for a week of activities.