The Virgin Islands took another step toward normality on Saturday, when travel restrictions were relaxed to allow most fully vaccinated travelers to be released from quarantine as soon as they …

END_OF_DOCUMENT_TOKEN_TO_BE_REPLACED 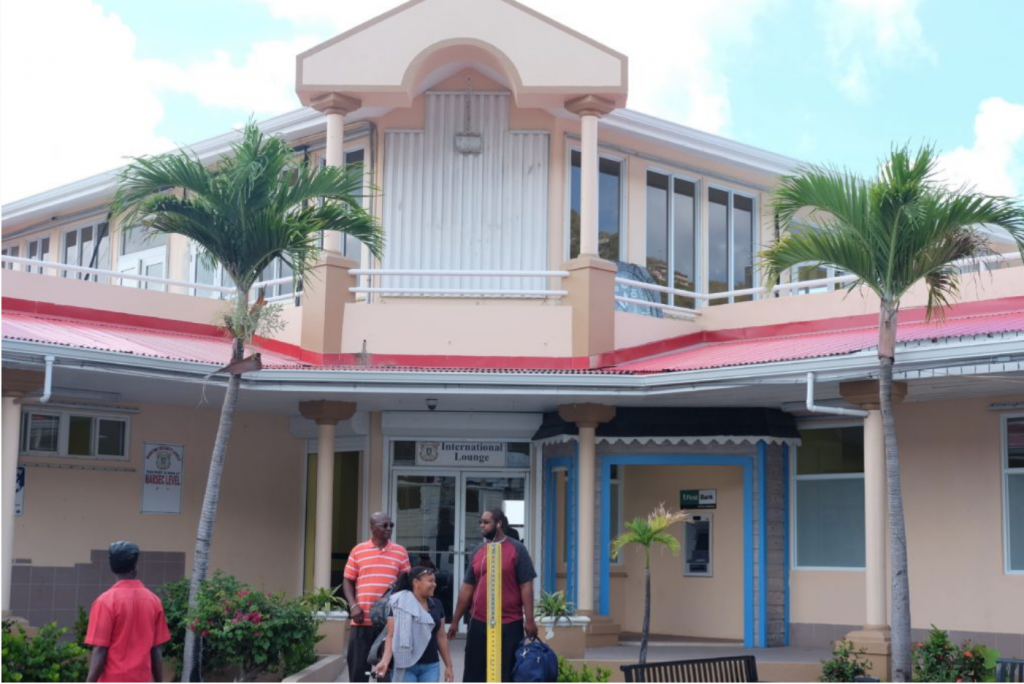 A ferry carrying more than twice the allowed number of passengers caused severe disruptions to the entry process on Saturday, when the new protocol allowing vaccinated travellers to leave quarantine as soon as they test negative Covid-19 took effect, according to officials. (File Photo: FREEMAN ROGERS)

The Virgin Islands took another step toward normality on Saturday, when travel restrictions were relaxed to allow most fully vaccinated travelers to be released from quarantine as soon as they receive one negative Covid-19 test result in the territory.

But the occasion was marred by chaos at the Road Town ferry terminal after a ferry carrying more than double the allowed number of passengers docked, prompting health officials to scramble to accommodate the crowd while exasperated tourists waited hours to enter the territory.

According to the man’s update, which was posted at 9:26 p.m., he had arrived at 5:10 p.m. and still was waiting to be processed through the ferry terminal while officials tried to fix an issue with the tracking devices provided to arrivals.

The commentator added that the terminal staff was providing pizza and water to try and make the experience more endurable, though he claimed they only managed to process four to six people each hour.

The BVI Ports Authority issued an apology on Monday, stating that a ferry which failed to adhere to the 50-passenger limit “resulted in overcrowding at the terminal, discomfort and inconvenience of the passengers and staff, thus negatively impacting the service and image of the ports.”

The BVIPA — which did not name the offending ferry company — vowed to make sure that the incident isn’t repeated, and said that “a full investigation is underway into Saturday’s incident and appropriate action will be taken with that ferry operator.”

A back-up at the ports has not been the only cause for duress among some tourists in recent days. Visitors also have complained of being forced into extended quarantines when a vaccinated member of their party receives a positive test even after testing negative earlier in the entry process.

On Monday, a woman reported in a post on the BVI Alive Facebook forum that her fully vaccinated group of four had to remain on their boat after one person received a positive day four test.

In response to a question about whether the person who tested positive had been scheduled for a retest, the woman said that they hadn’t, though she added that quarantine aboard a ship isn’t so bad.

“We were at Peter most nights,” she wrote. “Sailing ,floating, … just a different experience at the dock!”

Across various Facebook groups, some have started to speculate that such instances could be the result of false positives.

Government, however, has not said what might be causing some vaccinated people to test positive following one or more negative test results.

Another new protocol that took effect Saturday was a rule allowing travellers to quarantine in a residence with other people as long as they are provided a separate bedroom and all other occupants are fully vaccinated.

To avoid issues with this new option, government is asking travellers to apply for a home quarantine at least five days before their arrival in the VI, according to a Monday statement from the Ministry of Health and Social Development.

“Home quarantine in safe spaces is pivotal to the prevention of Covid-19 cases in the BVI. Consequently, all persons requesting home quarantine must apply within five to seven days of travel in order to be approved,” Chief Environmental Health Officer Lionel Michael said in the statement.

As the territory continues to welcome more visitors back to its shores, the Customs Department is working to accommodate them more smoothly.

Starting Tuesday, the department will use an updated version of its Customs Automated Processing System, which officials hope will ease travellers’ entry process, according to a Monday statement.

Beyond an improved user interface, the new update will be compatible with a range of screen sizes, said Customs Commissioner Wade Smith.

“This intuitive design is not only user friendly; it provides a wide range of options to expedite the submissions and processing of entries,” Mr. Smith said.

After known active Covid-19 cases spiked to 38 last Thursday, they fell to 33 on Tuesday, according to an update from the government’s Covid-19 Dashboard.

These cases are all asymptomatic, with 11 located on vessels, 14 on Tortola, seven on Virgin Gorda, and one on Jost Van Dyke, according to the dashboard.