This winter, Virgin Islands residents seeking a new career path may want to consider one they may have thought only existed in English manor houses or on television: butler. “We …

END_OF_DOCUMENT_TOKEN_TO_BE_REPLACED 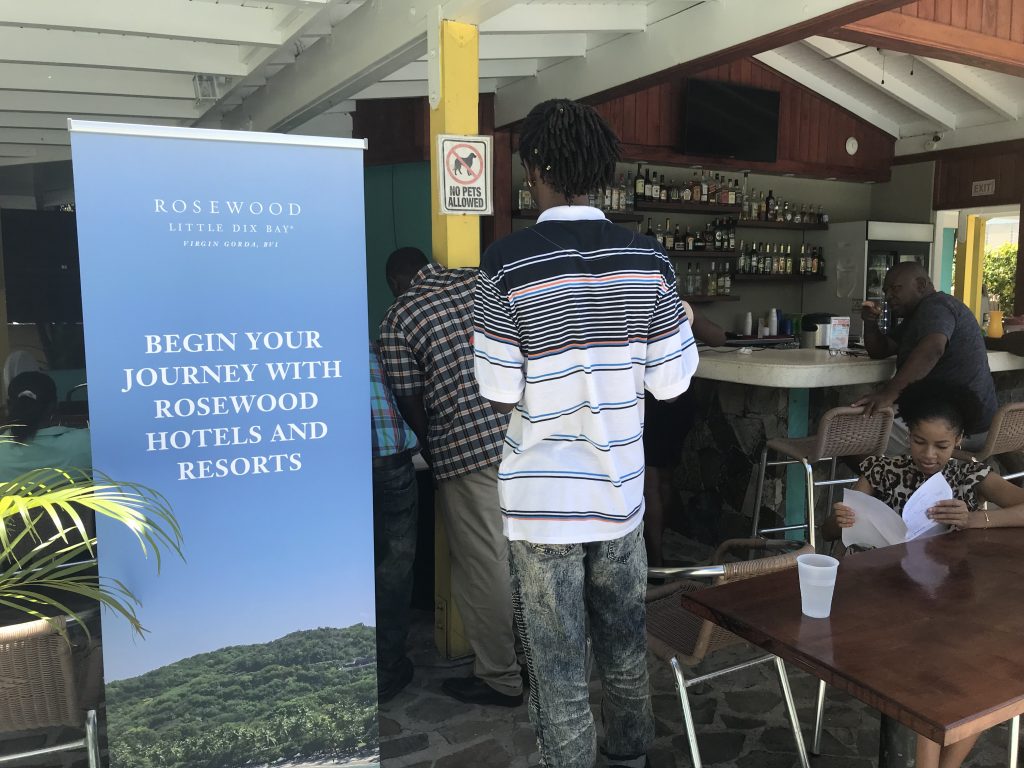 This winter, Virgin Islands residents seeking a new career path may want to consider one they may have thought only existed in English manor houses or on television: butler.

“We will put the butlers through the full certification course affiliated with the Guild of Professional English Butlers. Once [they] have achieved that certification, they will always be [able to] take it with them.”

As the 55-year-old Virgin Gorda property prepares to reopen after a renovation on the resort that has been closed since 2016, managers’ focus, now that hiring has begun, is about offering positions and opportunities that can be a “career of choice rather than a job of need,” Mr. Pade said.

More than 300 people who arrived at the resort’s job fair over the past three days were embracing the opportunity, toting resumes and learning about positions like fitness instructors, restaurant managers, bartenders, electricians and engineers.

“There’s a lot of familiar faces that were with us before that are sitting here today and yesterday, but there’s also a lot of new talent coming in; people we
haven’t seen before,” he added.

The journey toward the anticipated reopening this season has been three years in the making. When Hurricane Irma hit in 2017, the previously planned renovation was 90 percent complete, according to Mr. Pade, who has been at LDB since 2016.

“It was a big blow to everyone, both the local community ownership and Rosewood,” he said of the brand that operates 22 resorts worldwide.

However, he said the owners got involved quickly after Irma, sorting out insurance and getting the project back on track. More and more of the team was assembled over time as construction progressed, and Mr. Pade said the entire senior management team was on VG this week conducting interviews.

Already, the website is accepting reservations for March 2020, and has had positive responses, he said.

As the rebuild continues, reservations will likely be accepted for February, then January.

“Our timeline is still at the end of this year, and that’s what we’re working towards,” he said.

The near-iconic status of Little Dix Bay presented challenges for those seeking to revamp the property with a fresh look.

“It’s always easier to build new than rethink an existing place,” he said. “We were always very convinced that the beauty of Little Dix Bay was always there.

[ We asked] how do we make it better without changing the DNA?”

New offerings are set to include new room categories, new menu offerings and a new restaurant, the Reef House, though the resort will strive to hold onto the classic feel reminiscent of the time when philanthropist Laurance Rockefeller opened it in 1964.

The excitement of the reopening extends to the wider community, Mr. Pade said.

The reopening of Little Dix will have significance both for long-time guests and residents.

“Those living here are directly impacted when all the major business owners are out of the game, hitting a point in the cycle when people are returning and they want to finally see us come back around,” he said.

Some jobseekers seemed to share the company’s growth mindset.

“I am always looking, but at least with Rosewood being as big as it is, once you are a part of it you can look within the company for growth,” said Dale Hill, who took the ferry from Tortola to apply for a bartending job.