After graduating from Western University in Ontario, Canada, videographer Rob Stewart sailed to the Galapagos Islands with the Sea Shepherds, a marine conservation organisation noted for its confrontational tactics opposing …

END_OF_DOCUMENT_TOKEN_TO_BE_REPLACED 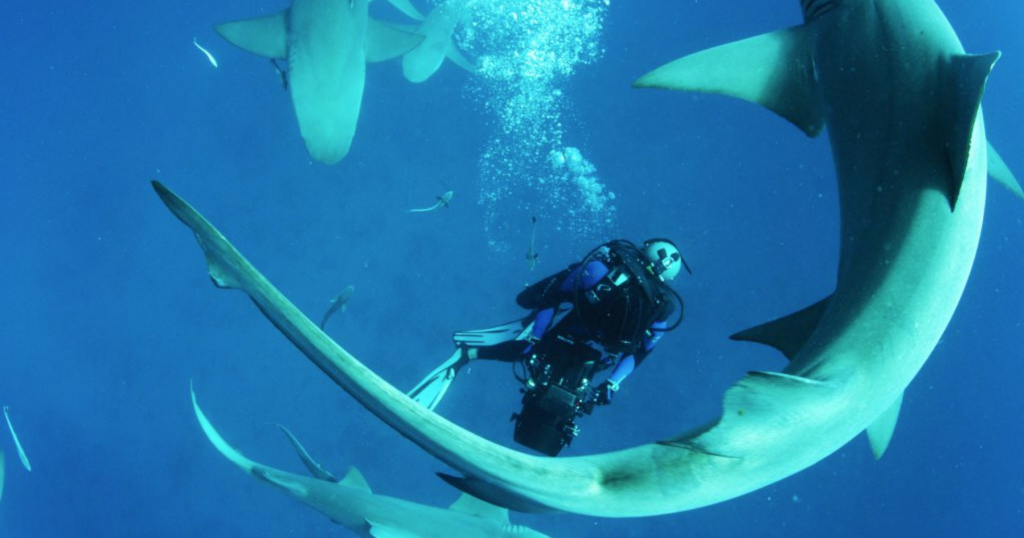 Rob Stewart dived with sharks during the making of his second film, Sharkwater Extinction, which probed the shark-finning industry. (Photo: PROVIDED)

After graduating from Western University in Ontario, Canada, videographer Rob Stewart sailed to the Galapagos Islands with the Sea Shepherds, a marine conservation organisation noted for its confrontational tactics opposing whaling operations.

The trip eventually led to his 2006 documentary Sharkwater, which examined the shark-hunting industry. After breaking opening-weekend records at the Canadian box office, the movie spurred activists and lawmakers around the world to protect the oft-maligned fish.

While preparing to shoot a follow-up film, Sharkwater Extinction, Mr. Stewart sought to partner with a re-search group to buy a ship to use in future explorations. In 2017, shortly before he was set to fly to Denver and announce a collaboration with the United States organisation Fins Attached to purchase a Japanese research vessel, Mr. Stewart died in a scuba diving accident off the Florida Keys.

Fins Attached christened the ship Sharkwater, and the film was released posthumously. And now, Mr. Stewart’s fight to save sharks continues, with researchers aboard the ship stopping in the Virgin Islands in early March to study the migratory habits of sharks in the Caribbean, before continuing their journey to the Galapagos Islands, according to Mr. Stewart’s parents, who still support the project.

“We’re trying to establish some sort of baseline for where the shark populations would be around the BVI,” said his father, Brian Stewart.

While in the territory, researchers tagged sharks so they could track their whereabouts and gain a better understanding of how they move throughout the Caribbean, with the ultimate goal of creating a protective “corridor” for sharks extending southeast from Florida, Mr. Stewart said.

The organisation chose to conduct some of its explorations in the VI partly because of Rob’s relationship with Sir Richard Branson, who participated in one of the research team’s dives in the territory this month, according to Rob’s mother, Sandy Stewart.

Rob and Sir Richard had known each other for years before Rob’s death, and the two quickly aligned in their philosophy towards conservation, according to the parents.

Since meeting, Sir Richard has been a champion of Rob’s work and a host of other marine and environmental causes, at one point uploading a video to YouTube to jumpstart a Kickstarter campaign to raise money for Sharkwater Extinction, Ms. Stewart said.

Over the years Rob became close with other members of the Branson family, who in January hosted a ceremony on Necker Island commemorating the anniversary of Rob’s death, added Rob’s father.

“Richard has been a very strong advocate of saving the world’s oceans and saving sharks,” Mr. Stewart said, adding, “It’s just a natural extension of what Rob’s work has done.”

The teams of scientists also stopped in the VI because in his films, Rob always wanted to feature nations that were proactive in saving sharks, Mr. Stewart said.

In May 2014, the government here established a shark and ray sanctuary that mostly prohibited the hunting of sharks in its “exclusive economic zone” of more than 30,000 square miles of ocean, according to the Pew Charitable Trust.

Prior to that, in 2011, the governments of the Bahamas and Honduras both implemented similar protections, according to the Trust.

Researchers aboard the Sharkwater plan to return next year to expand their breadth of research, and hope that their findings will prompt more Caribbean nations and territories to enact sweeping legislation protecting sharks, ultimately establishing a “corridor” of safe travel for the marine mammals extending southeast from the coast of Florida, Ms. Stewart said.

Several islands in the region are working to take up such measures, including the Turks and Caicos, while many more, like the Bahamas, have capitalised on shark populations as a means of attracting tourists, which Mr. and Ms. Stewart encourage as this prods governments to conserve the species while bringing revenue to the country, they said.

“A live shark is worth way more than a dead shark,” said Ms. Stewart, who added that for dive operators around the world, customers’ most frequent request is to see a shark.

However, the illegal shark-finning industry, in which sharks are hunted and their fins sold, remains a formidable force, with Trinidad and Tobago serving as a regional hotspot, Ms. Stewart said.

According to a 2015 report by the United Nations Food and Agriculture Organisation, between 2000 and 2011 Trinidad and Tobago was the 15th largest exporter of shark fins in the world.

But Mr. and Ms. Stewart are determined to carry on their son’s legacy of making films with the hope of swaying governments around the world to criminalise shark hunting, they said.

After next year’s expedition is over, they plan to produce an hour-long feature on the last few years of research, which will include this month’s studies in the VI, Ms. Stewart said.

“Until countries agree that there should be some sort of penalties for these pirate-boat fishing-boats, … this battle is going to continue for quite awhile,” Mr. Stewart said, referring to ships that poach sharks in waters where killing them is illegal