21 people still living in emergency shelters in the VI

Shelter residents at the Multi-purpose Sports Complex had sat in folding chairs outside the building for about six months, waiting to find long-term solutions to their housing problems. Today, the …

END_OF_DOCUMENT_TOKEN_TO_BE_REPLACED 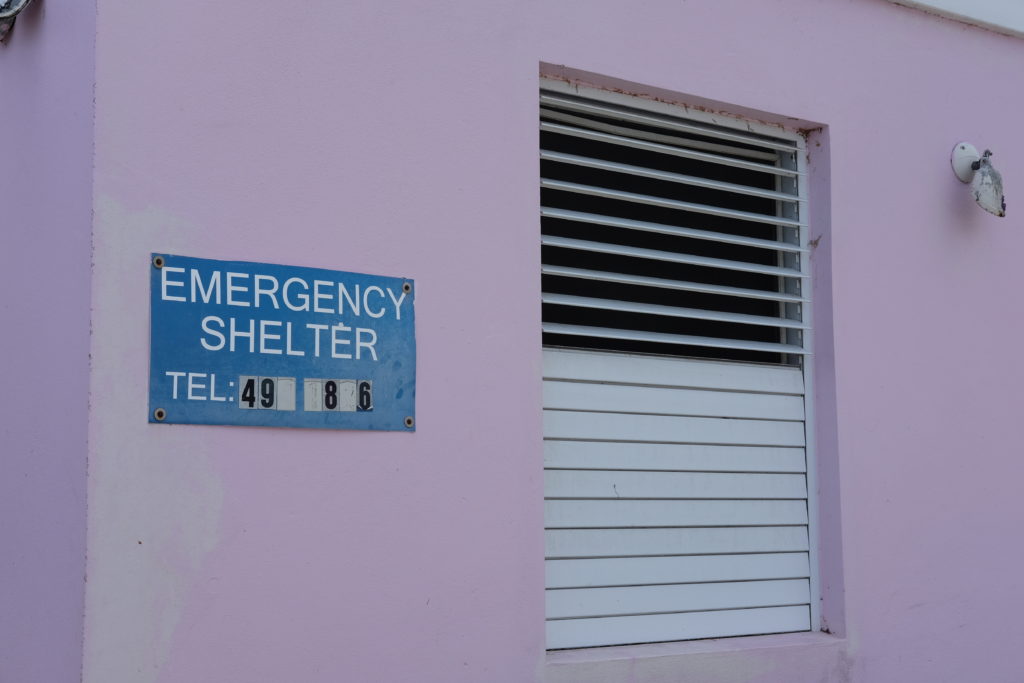 Some residents from the Multi-purpose Sports Complex in Road Town have been moved to another shelter in Long Trench. There are 21 people across the territory still living in emergency shelters.

Shelter residents at the Multi-purpose Sports Complex had sat in folding chairs outside the building for about six months, waiting to find long-term solutions to their housing problems.

Today, the chairs are still there, guarding the main entrance, but their occupants filed out earlier this month. Everyone in the de facto shelter has finally left or been moved.

Many of them, though, have not found more permanent housing. Instead they’ve merely shifted to another shelter: the Long Trench Community Centre.

All other 2017 designated shelters are closed, Ms. Frett confirmed.

The officer said shelterees were moved from the Road Town sports complex in part because “conditions had become unsanitary.”

Though she did not elaborate on those conditions, several residents had previously complained about a lack of hygiene products.

The bathrooms ran out of toilet paper on several occasions, and a cleaner reportedly told residents that she could not refill it, shelter occupant Fletcher Scatliffe told the Beacon last month.

“Her reply will be: ‘Use your hand and then wash it,” Mr. Scatliffe said.

To accommodate more occupants, the shelter in Long Trench recently underwent a series of repairs. Now, the building most noticeably sports new windows and other improvements, including two thick wooden doors for the main entrance.

The dozen residents — old and new — have split off into various private rooms on the top and bottom floor.

“There were severe damages and we needed the building to have habitable conditions,” she explained.

Social Development is in the process of getting estimates for repair work on other parts of the building, the officer added.

Shelterees in Long Trench have also been assigned social workers, and at least four of them should move to other accommodations by the end of this month, she said.

Ms. Frett explained that she could not predict whether or not individuals would still be living in the shelter by the coming hurricane season, but said the “long-term goal” is to “find solutions ASAP.”

“We’re working as expediently as we can. I can’t put a timeline on it,” she said.

As the beginning of the 2018 hurricane season looms, the Department of Disaster Management is working to finish damage assessments of designated hurricane shelters from last year.

The new list of emergency shelters will be published on June 1, DDM Director Sharleen DaBreo said.

The director told the Beacon that it’s “standard” for the department to publish the list at that time, and that a centrefold ad with that information is also typically put in the newspaper.

Ms. DaBreo asked this reporter why another article was being written on the emergency shelters after she provided information several weeks ago, but did not give further details about whether any other buildings were undergoing assessment to be considered new shelters.

In a DDM press release, she added, “We are working with local and regional partners to get the elderly homes ready, ensure that emergency repairs are completed at the shelters that were damaged by the hurricanes, provide training for Community Emergency Response Teams, and put measures in place to ensure that information and alerts are readily available to the public for them to take action as necessary.”

Meanwhile, the DDM is urging residents and visitors to “be ready and stay ready” for the 2018 hurricane season.

The department is working with other agencies and organisations to “get the most vulnerable prepared” for what could be another record-breaking year for hurricanes, the press release stated.

On April 5, Colorado State University published its newest forecast for the upcoming Atlantic hurricane season, deeming it “slightly above average.”

The 2018 season is likely to bring 14 named storms, seven of which are expected to become hurricanes, the forecast predicted. Three of those seven could reach major hurricane strength, or categories three, four and five, according to the university’s Tropical Meteorology Project team.

And the university speculated that there’s a 52 percent chance of a major hurricane tracking into the Caribbean. In comparison, the average for the last century is 42 percent.

Hurricane activity will also be about 135 percent of the average season, the team predicted. Last year, activity was 245 percent.

A primary factor for the somewhat active season is the low likelihood of a significant El Nino event, which tends to increase westerly winds across the Caribbean and breaks up forming hurricanes, researchers said.

The next forecast from the CSU team will be released on May 31.

This article originally appeared in the Beacon’s April 19th edition.