After sequencing 37 samples of Covid-19 from the Virgin Islands, the Caribbean Public Health Agency did not detect the highly contagious delta variant that officials had suspected was to blame …

END_OF_DOCUMENT_TOKEN_TO_BE_REPLACED 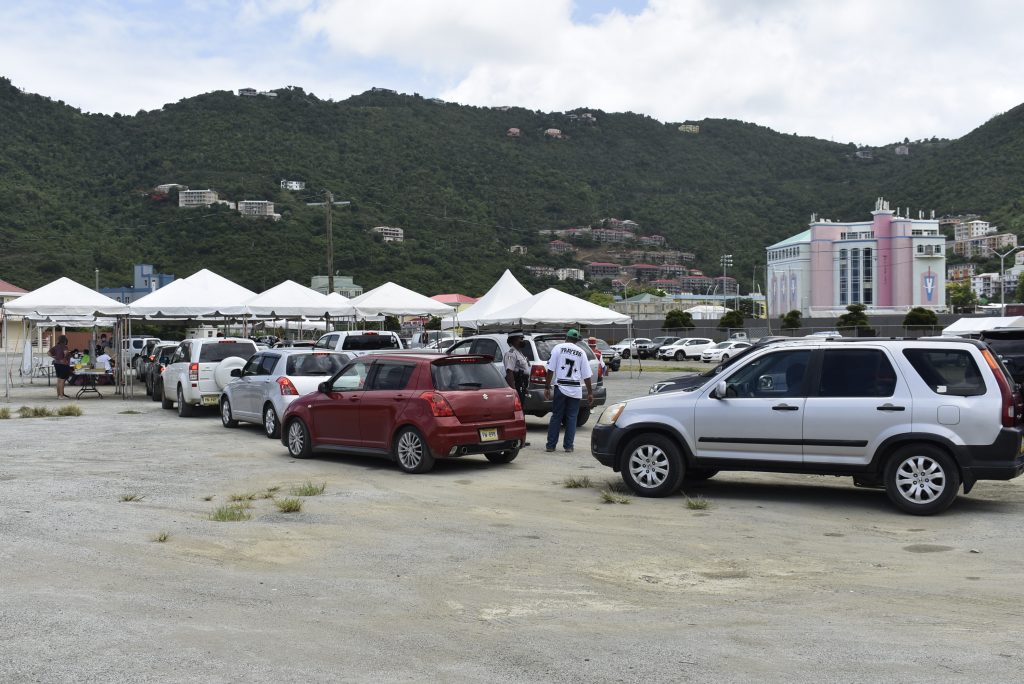 As vaccinations got a boost in recent weeks and curfew orders took hold, the number of known active cases fell to the lowest point in three weeks. But the outbreak is far from over, as at least six people have died in the last five days and only about 37 percent of people have been vaccinated. (File Photo: JOEY WALDINGER)

After sequencing 37 samples of Covid-19 from the Virgin Islands, the Caribbean Public Health Agency did not detect the highly contagious delta variant that officials had suspected was to blame for the current outbreak in the territory, the Ministry of Health and Social Development has announced.

Instead, the agency found the B.1.623 variant, a less contagious strain common in the United States.

“While the current outbreak at this time does not appear to be associated with the delta variant, we must still remain vigilant ” Chief Medical Officer Dr. Ronald Georges said, adding, “The breakdown in compliance with public health measures and general level of complacency prior to the outbreak no doubt contributed to the large expansion of cases that was observed.”

With new curfew measures in place, a more aggressive vaccination campaign, and widespread pleas from government and community members for residents to stay home as much as possible, total active cases have fallen to their lowest point in more than three weeks.

However, people with Covid continue to die, as government has recorded at least eight deaths in the last nine days.

He added that over 32 people had been released from the special care unit.

That was the lowest number of active cases in the territory since July 7, when 659 active cases were recorded.

At 24, the number of hospitalisations has dropped from the outbreak’s peak of 41.

The most dramatic increase in hospitalisations occured between between July 11 and 15, when 24 Covid patients were admitted to the hospital, raising the total number from 17 to 41.

That number dropped to 24 before rising to 32 on Friday and falling back down to 24 on Tuesday, according to Mr. Malone.

Though hospitalisations and active cases are dropping, new deaths continue to be recorded, with at least six reported since Friday.

During a three-day timespan within that period — July15-18 — the number of recorded Covid deaths more than doubled, increasing from eight to 17.

In the next two days, six more people died, bringing the number of reported fatalities to 23.

Between July 20 and Tuesday, the HSD reported eight new deaths.

Earlier this year, the mood in many countries around the world was one of celebration as the rapid rollout of Covid-19 vaccines appeared to signal an end to the pandemic.

As recently as June 25, Premier Andrew Fahie was announcing a slew of advertising campaigns meant to highlight the VI as a safe and desirable travel location.

That celebratory mood in the VI and many countries around the world has largely soured, as lagging vaccination rates and the spread of the delta variant have led to surging cases and hospitalisations across the globe.

Although CARPHA scientists did not find any evidence of the delta variant circulating through the VI, the 37 percent of vaccinated residents is far below the 75-80 percent necessary to fend off another outbreak, and the current outbreak has already laid bare the dangers of a largely unvaccinated population.

Everyone who has died here after contracting Covid-19 has been unvaccinated.

As the territory works to rein in the outbreak, health officials are promoting the vaccine vocally, with the ultimate goal of vaccinating at least 22,500 people, or roughly 75 percent of the territory’s estimated 30,000 people.

That would bring the territory close to the 80 percent threshold that Dr. Georges said during a July 8 Facebook broadcast was needed to “blunt the impact of this outbreak.”

To reach the government’s “extra protection goal,” 24,000 people would need both shots.

While the territory still has far to go toward these targets, it has made progress since “Operation Protect Each Other” — the most concerted vaccination effort yet — launched on July 17.

As of Tuesday, 16,330 first doses had been administered, and 11,266 people had been fully vaccinated, according to a government update that day.

That shows an increase of 2,122 first doses and 827 second doses since July 16, the day before Operation Protect Each Other began.

If that pace holds steady and the VI continues to administer 1,825 first doses a week, 25,455 first doses would be given out in about five weeks, meaning 80 percent of residents could feasibly get one dose before the end of August.

On Friday, government said that there was enough vaccine left for 1,934 people to get their first jab before the batch expires on Saturday, but on Tuesday an additional 3,040 doses arrived from the United Kingdom, according to an HSD press release.

Additionally, the UK has pledged to provide the territory with as many vaccines as it needs, according to the ministry.

“This is important to us because our population has been adversely affected by the Covid-19 outbreak, which has claimed the lives of many of our loved ones and friends,” said HSD Minister Carvin Malone.

The press release did not say when this new batch will expire or when the territory will receive additional doses.