Premier Andrew Fahie signed an agreement last week for the construction management of the repairs to Virgin Gorda’s Bregado Flax Educational Centre. “We want to get kids out of that …

END_OF_DOCUMENT_TOKEN_TO_BE_REPLACED 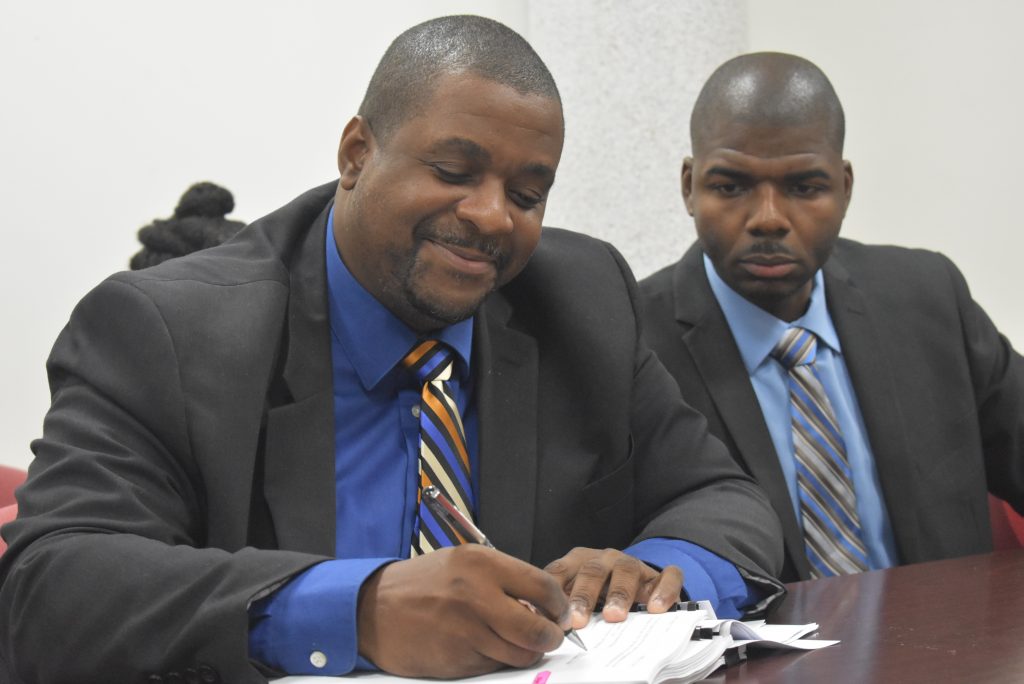 “We want to get kids out of that tent. Hopefully by January at the latest, there should be no kids in that tent,” Mr. Fahie said during an April 3 press conference at the Central Administration Building.

The $105,400 contract is with BCQS Limited over the period of a year with an additional year for adjustments or restructuring. Hiring a contractor to begin the work will take place within the next two or three weeks, according to officials.

Ground was broken on the educational centre in November after Unite BVI pledged $1 million to rebuild and FLOW pledged $540,000. The rest of the project is funded through the $65 million rehabilitation loan the government borrowed from the Caribbean Development Bank after Hurricane Irma.

The contract is the first of many that will be signed soon under the new government, according to the premier.

“What we’re going to do is make decisions to get them done. We are 18, 19 months after Irma and we have a lot of projects where funding is available. We just have to make decisions,” Mr. Fahie said. “That’s what leadership is about: making the most calculated decisions moving forward. People’s lives are negatively affected because of lack of decisions.”

Mr. Fahie also gave updates on other school recovery projects. The Enis Adams Primary School is still under construction and officials hope that it will be completed by June. Additionally, there will be an announcement about the primary school on Jost Van Dyke soon, Mr. Fahie said.

“Our priorities have to do with Elmore Stoutt [High School]… We’re getting the L-shaped building prepared for the students as quickly as possible. We are dealing with the concept for the main campus,” Mr. Fahie said, adding that he hopes to complete that project by September.

Dr. Drexel Glasgow, director of projects in the Ministry of Finance, said BFEC is to be reconstructed and restored, without significant changes to the previous design.

It’s not “new construction,” but work will be done to the structure of the building, especially the roof, he explained. The projected date of completion is tentatively scheduled for August.

For about a year, BCQS has worked with Unite BVI on the educational centre.