Javier Smith, as a freelance boat captain, thought he could anticipate his guests’ every need. But it wasn’t until he visited Miami for a friend’s birthday party that he realised …

END_OF_DOCUMENT_TOKEN_TO_BE_REPLACED 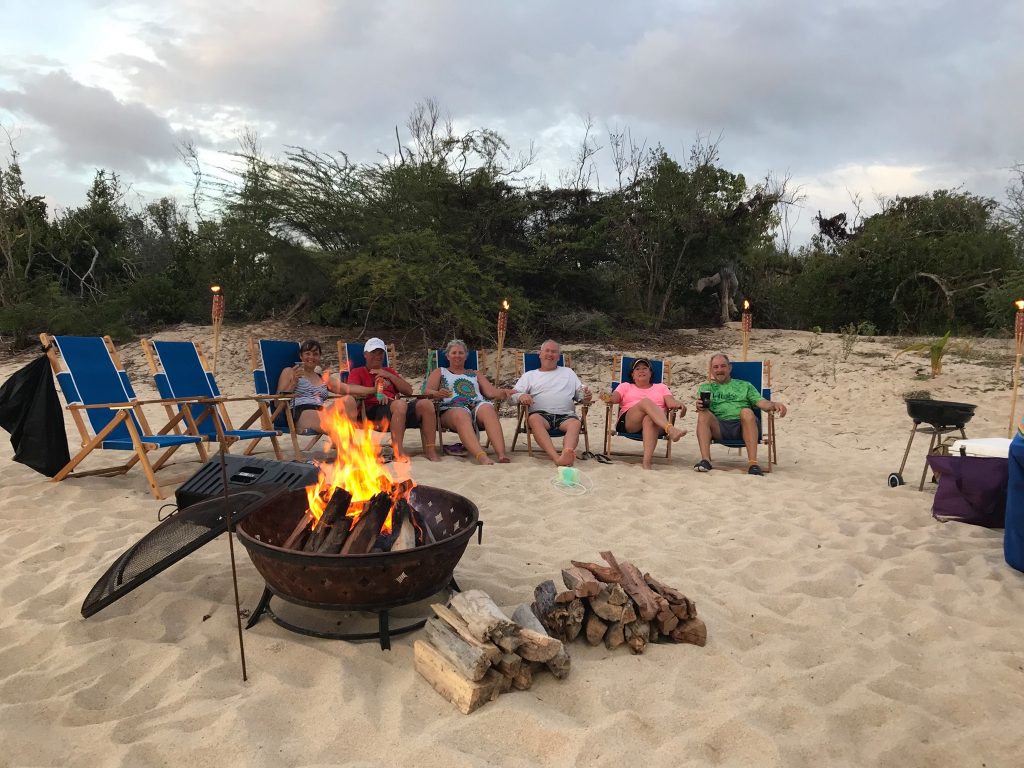 Bonfire Bliss started up in April, aiming to provide all the materials necessary for a beach bonfire with none of the work. (Photo: PROVIDED)

Javier Smith, as a freelance boat captain, thought he could anticipate his guests’ every need. But it wasn’t until he visited Miami for a friend’s birthday party that he realised that there was one thing he hadn’t thought of: the primal simplicity of a big, crackling bonfire.

“After the hurricane, all the sailboats that we see were asking, ‘What do you have to do?’” he explained.

He recalled a business he’d encountered in Miami, which provided everything needed for a bonfire — from wood to marshmallows — and dealt with setup and takedown. The point was “to offer somebody that one thing in the BVI that was lacking: something creative and unique and the chance to enjoy yourself,” he said.

From that seed of an idea, he launched his business, Bonfire Bliss, in April. When someone signs up for a basic package, he explained, he and his team haul in a fire pit and enough wood for four hours, along with six chairs, tables
and linen, a music speaker, tiki torches, a cooler and backup power, as well as a stake to tie down the boat, if needed.

Extra equipment and amenities — even marshmallows — are available for those who are craving them. But convenience, he said, is the real selling point.

“The biggest advantage [to using us] is time,” he said. “So we try to offer it for a reason- able price and you save a lot of time and energy and you just show up have fun and go home. You’re not racing around.”

Mr. Smith’s typical clientele is a mix of charter boat guests — he dropped off brochures at every marina in the territory — and residents throwing birthday parties, corporate celebrations or other events.

Even as he started finding customers, however, he soon encountered his biggest challenge. On VI beaches, both an access permit and a fire permit are required to start a bonfire. They can take more than 10 days to process.

However, when a client calls Mr. Smith, they usually want a fire as soon as possible. He had to build strong relationships with the Ministry of Natural Resources, Labour and Immigration in order to ensure he wouldn’t run afoul of the laws.

“If I get into a situation like that, I would walk into the ministry to let them know,” he said.

So far, with one employee, the business can’t handle more than one bonfire per night, but Mr. Smith hopes that next season he’ll be able to hire enough people to increase to two. “It comes down to manpower,” he said.

Plus, mindful that bonfires tend to create a lot of waste, Mr. Smith has been occupied with keeping the fires environ- mentally friendly.

They are also mindful of sea turtle nesting sites, especially on their most popular sites of Long Bay on Beef Island, Brewers Bay and Smugglers Cove.
For Bonfire Bliss, expan- sion is in the future.

“We did a birthday celebration for locals with 30- something persons,” he said. “We encourage things like flotilla with 20 sailboats sailing together.”

Slowly, he’s accumulating an inventory of tables and chairs in hopes of eventually being able to put on bigger events.

“Hopefully, we might do a new moon party every month starting next year,” he said, adding that they might use Long Bay or Josiahs Bay for the purpose.