The Atlantic Hurricane Season will start on June 1, and weather researchers at the Colorado State University are warning that this year will likely bring above-average storm activity. The school’s …

END_OF_DOCUMENT_TOKEN_TO_BE_REPLACED 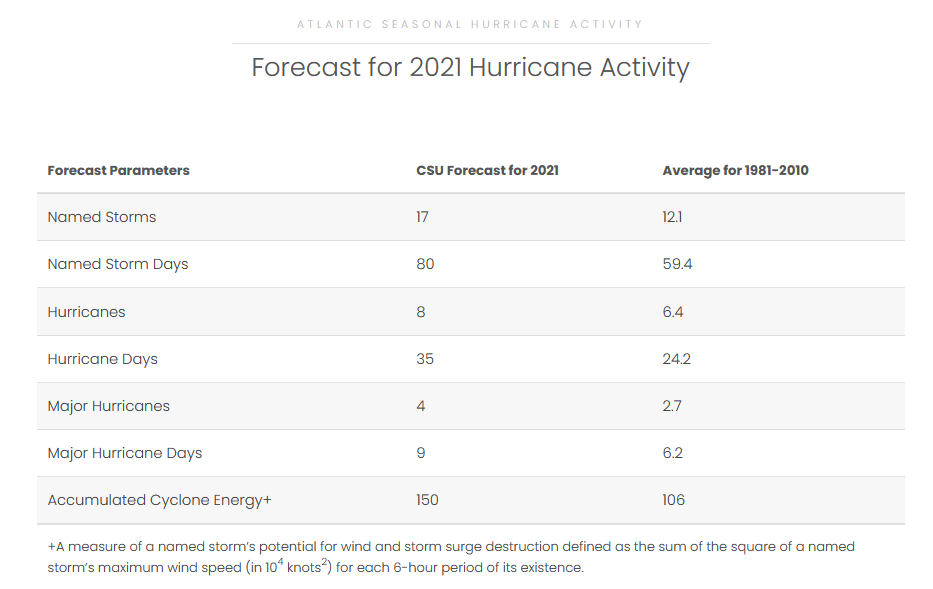 The Atlantic Hurricane Season will start on June 1, and weather researchers at the Colorado State University are warning that this year will likely bring above-average storm activity.

The forecast also calls for eight hurricanes, including four major ones, compared to the averages of six and two.

Here in the Virgin Islands, Jasen Penn, acting director at the Department of Disaster Management, said the forecast should remind residents to review emergency plans and begin to make preparations early for the season.

“While the Atlantic Hurricane Season does not officially begin until June 1, it is important for families and businesses to have basic preparations in place all year long as storms can occur before the season begins,” he said.

Since 2016, he noted, at least one named storm has formed each year before the season began, and in 2020 two named storms developed during May.

Mr. Penn encouraged preparedness measures such as downloading the DDM app to receive weather and emergency alerts; identifying a safe space to shelter in place; and stocking an emergency supply kit, including items like face masks and sanitiser to help protect against Covid-19.

“We live in a region that is prone to a variety of different types of hazards, so we cannot afford to take these basic preparedness activities for granted,” Mr. Penn said.

Go to www.bviddm.com for resources like emergency plan templates, emergency kit checklists, the latest emergency shelter list, and information about tropical storms and other hazards.