The weather cast a shadow over this year’s Commonwealth Day celebrations Monday in Cane Garden Bay, though residents made the best of it with hot food, indoor games and neighbourly …

END_OF_DOCUMENT_TOKEN_TO_BE_REPLACED 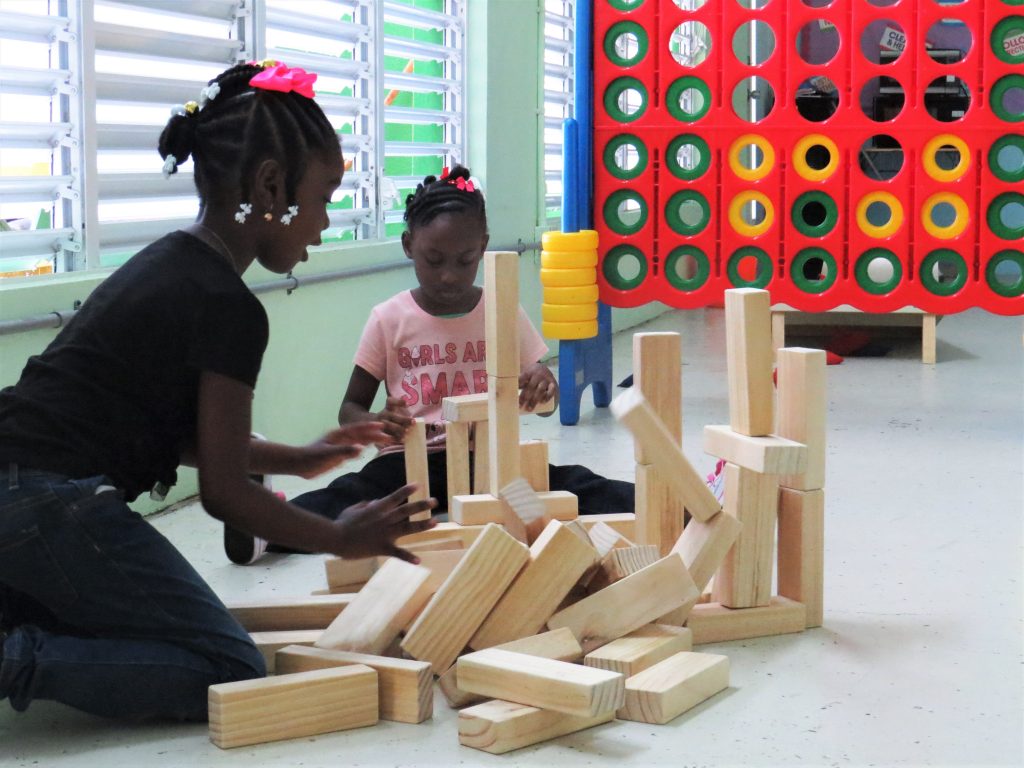 In observance of Commonwealth Day, a small group of children took to building wooden towers inside the Ivan Dawson Primary School on Monday as it rained heavily outside. This holiday’s theme focused on innovation, connection and transformation. (Photo: DANA KAMPA)

The weather cast a shadow over this year’s Commonwealth Day celebrations Monday in Cane Garden Bay, though residents made the best of it with hot food, indoor games and neighbourly conversation.

As sheets of rain poured down on the roof of Ivan Dawson Primary School, which usually hosts traditional games and other activities for the public holiday, a handful of adults chatted over chicken, fried fish and johnnycakes, and a few young students built cities out of wooden blocks.

People in the 54 member countries across the world took part in the annual observance. The theme “Delivering a Common Future” focused on innovation, connection and transformation in areas such as protecting natural resources and boosting trade.

Announced at the 2020 Commonwealth Heads of Government Meeting in January, the theme was chosen “because the governments and people of our diverse family of 54 Commonwealth countries connect at many levels through extensive and deep-rooted networks of friendship and good will.”

Last year was the 70th anniversary of the London Declaration, which codified an agreement among nations in the Commonwealth to move forward as free and equal people.

Commonwealth Day became a worldwide celebration in 1973 at the recommendation of the Royal Commonwealth Society, and it officially became a public holiday for all nations in the Commonwealth three years later.

In her official message, the Queen said she is always inspired by the diversity of people and countries that constitute the Commonwealth as they celebrate around the world.

“Such a blend of traditions serves to make us stronger, individually and collectively, by providing the ingredients needed for social, political and economic resilience,” she said.

The Queen added that she especially appreciates how advancements in technology allow people to come together to share their celebrations.

“Looking to the future, this connectivity means we are also aware, perhaps as never before, that wherever we live, our choices and actions affect the well-being of people and communities living far away, and in very different circumstances,” she continued. “For many, this awareness awakens a desire to employ our planet’s natural resources with greater care, and it is encouraging to see how the countries of the Commonwealth continue to devise new ways of working together to achieve prosperity, whilst protecting our planet.”