Crime > Community police officers back in the field

Community police officers back in the field

After the community police programme was relaunched in July, officers started to embed themselves in neighbourhoods across the Virgin Islands by attending church events, assisting with fundraisers, and spending time …

END_OF_DOCUMENT_TOKEN_TO_BE_REPLACED 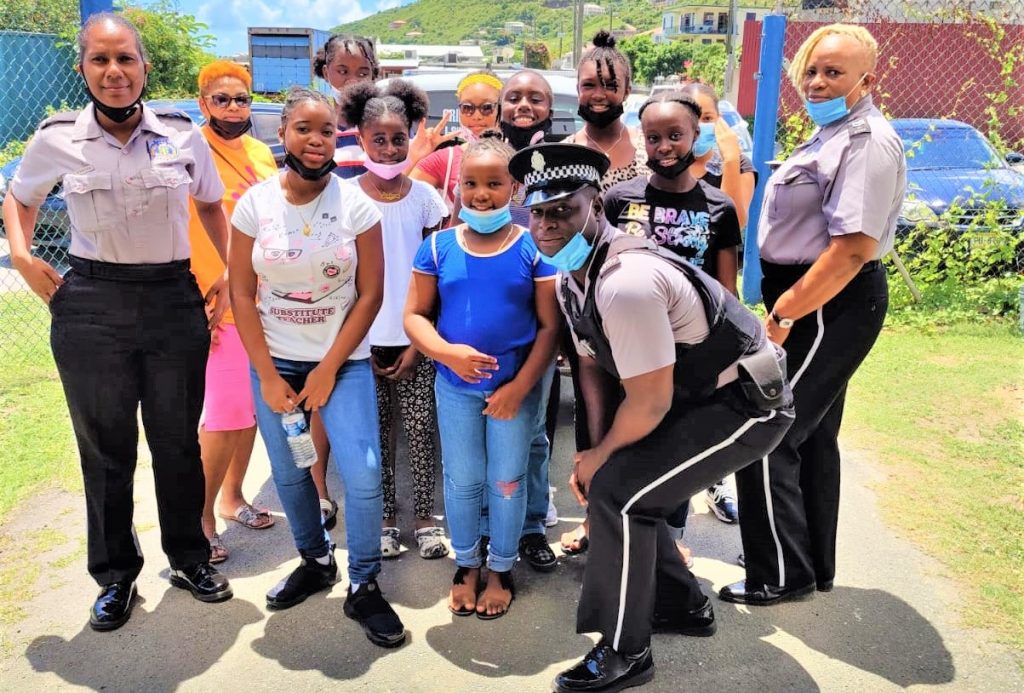 From presenting student spirit awards to assisting on a turtle-tagging expedition, community police officers are again trying to create deeper trust between Virgin Islands residents and the agency charged with protecting them. (Photo: RVIPF)

After the community police programme was relaunched in July, officers started to embed themselves in neighbourhoods across the Virgin Islands by attending church events, assisting with fundraisers, and spending time at schools, among other activities.

Though the programme was halted by this summer’s deadly coronavirus outbreak, the officers are again dispersed to different communities across the territory, police stated Monday.

“We are pleased with the enthusiasm showed by the officers selected to be community officers as they make their rounds within the communities,” said acting Deputy Commissioner JacquelineVanterpool.

“They have adapted well to their new roles. We expect that relationships will be built and opportunities to collaborate in reducing social disorder and public safety issues within communities will increase.”

In recent weeks, officers of the East End division have created a girls club, and Road Town officers Mitchell John and Enmisa Edwards presented a school-spirit award to a student at Elmore Stoutt High School and joined a turtle-tagging expedition with the Association of Reef Keepers.

The community officers and their colleagues will act as a liaison between the police and the public in order to create safer and more cohesive communities in the VI, police stated.