Opinions and Commentary > EDITORIAL: The revised recovery plan is even worse than the last

EDITORIAL: The revised recovery plan is even worse than the last

When we heard that the new government was drafting a revised recovery plan as part of its efforts to secure the United Kingdom loan guarantee, we had high hopes. But …

END_OF_DOCUMENT_TOKEN_TO_BE_REPLACED 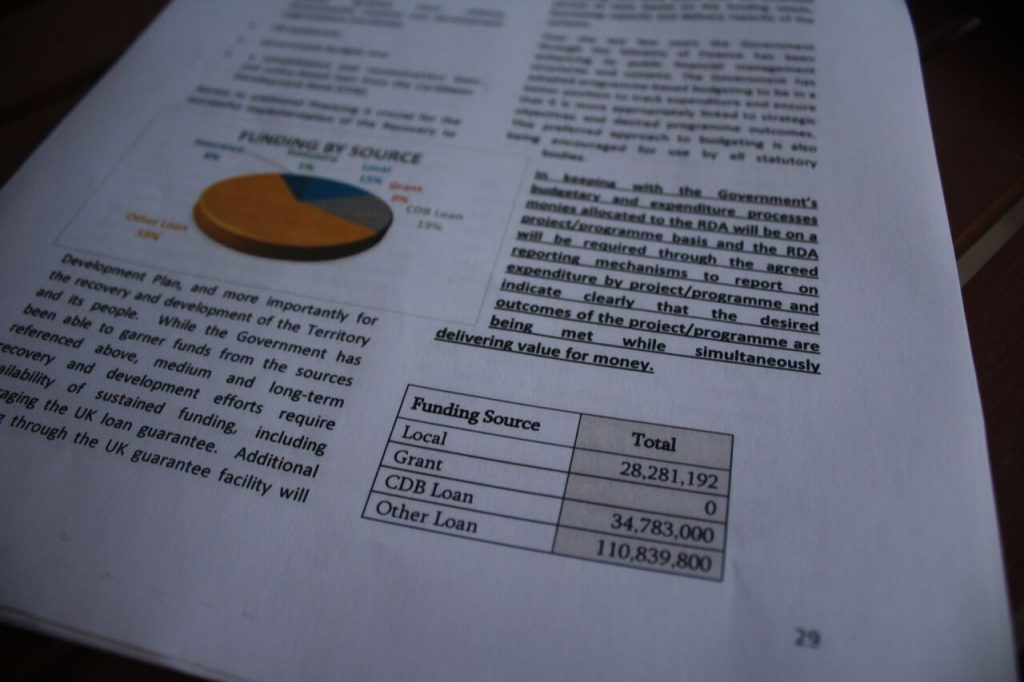 When we heard that the new government was drafting a revised recovery plan as part of its efforts to secure the United Kingdom loan guarantee, we had high hopes.

But those hopes were dashed when the 33-page document was tabled in the House of Assembly last month.

The previous Recovery to Development Plan, a 116-page document that the HOA voted to approve in October 2018, left much to be desired: It was a vaguely worded strategy without a list of specific priorities or timelines for major projects, and it fell far short of providing a sufficiently detailed picture of the government’s recovery vision.

We were shocked to see that the new plan is far worse. Instead of clarifying the way forward — which should be much clearer now than when the previous plan was agreed more than a year ago — it omits a wide range of information that originally was included. And its main addition — 11 pages of project updates — reads more like a campaign pitch than a roadmap for the future.

Sadly, the document, which is also riddled with typographical errors, is not out of keeping with other signs that the government’s recovery effort has slowed to a snail’s pace after an initial post-hurricane burst of activity supported by outside partners. In recent months, many crucial public projects have stalled even as the private sector has roared ahead.

The previous government must shoulder much of the blame, but Premier Andrew Fahie made matters much worse in August when he publicly attacked the UK and the territory’s Recovery and Development Agency with accusations that were grossly misleading and largely groundless.

The new plan seems to be part of his efforts to mend that rift: It was submitted to the UK at the end of September as part of the UK’s requirements to secure the loan guarantee, Mr. Fahie said.

But the document appears to be such a rush job that we can’t help suspecting that it was slapped together at the last minute in order to meet a looming UK deadline after months of inaction.

Now we suspect that the UK will send it back for major revisions before agreeing to the loan guarantee. This process, of course, will waste even more valuable time.

We had hoped the new government would turn over a new leaf and accelerate the recovery into the sustained effort that is urgently needed. The new plan, we fear, is an exceedingly bad sign.

More than two years after Hurricane Irma, it is a national scandal that successive administrations have failed to produce a viable comprehensive plan for the recovery effort.