Goals galore highlighted week two of the BVI Football Association’s National League as the Sugar Boys scored six against the Wolues, while Old Madrid knocked in seven goals against Sea …

END_OF_DOCUMENT_TOKEN_TO_BE_REPLACED 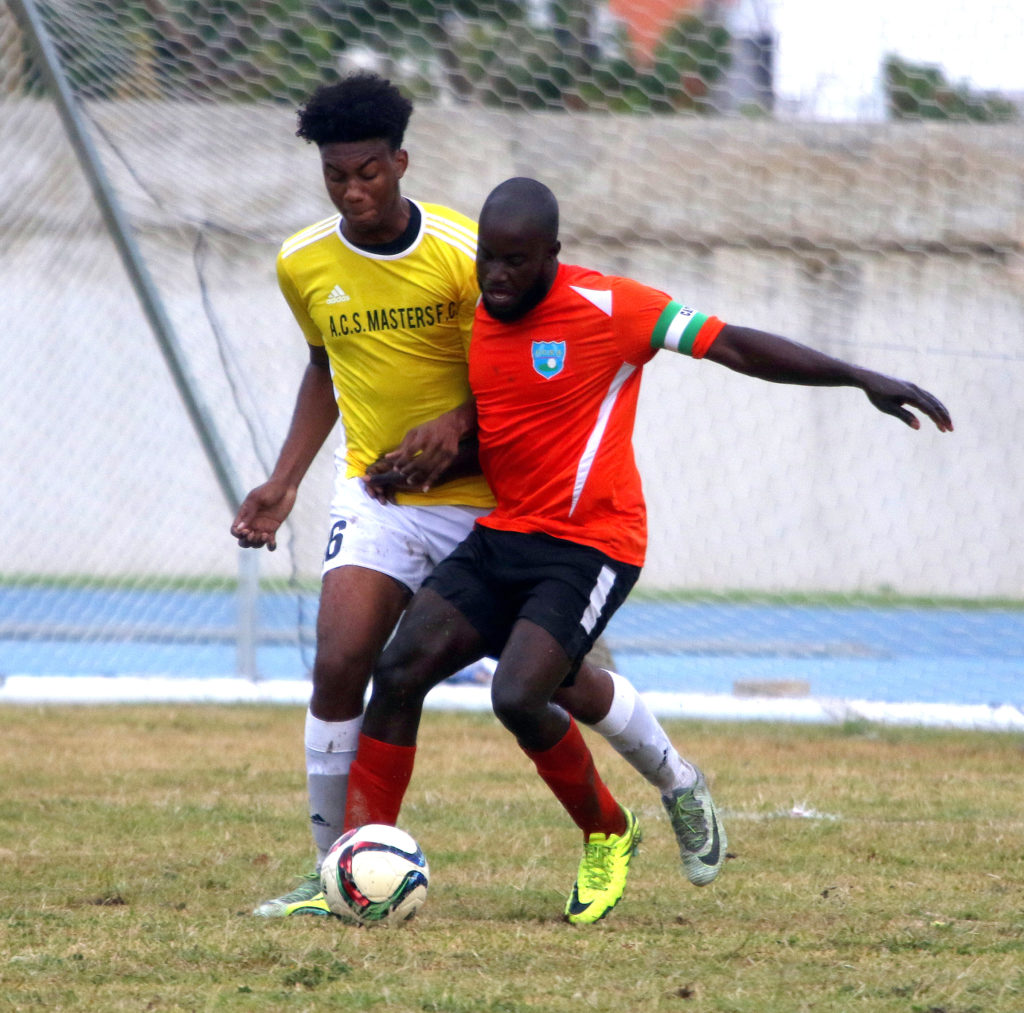 Sunday’s matches got under way at the Virgin Gorda Recreation Grounds.

Lance Renolds put VG on the board in the 49th minute, however, Kevonne Bibby scored in the 91st minute to take a  share of the points.

At the A.O. Shirley Recreation Grounds, Old Madrid thumped F.C. Sea Argo, which included a first half hat trick from Xavier John. His goals came in the 1st, 24th and 27th minutes.

Reuben Stoby and Gain Foster scored for Sea Argo, who, despite the score, finished the match strong.

On VG, the Sugar Boys maintained their perfect start of the season with a 6-0 win over the Wolues.

Michael Castello (26th)  opened the scoring in the first half, while Mervin Dainty (82nd) also found the net along with Romaine Henry (91st), who scored the final goal of the match.