As the territory grapples with a shortage of nurses and other medical professionals, the BVI Health Services Authority is recruiting staff from Cuba, Ghana and the Philippines, according to Health …

END_OF_DOCUMENT_TOKEN_TO_BE_REPLACED 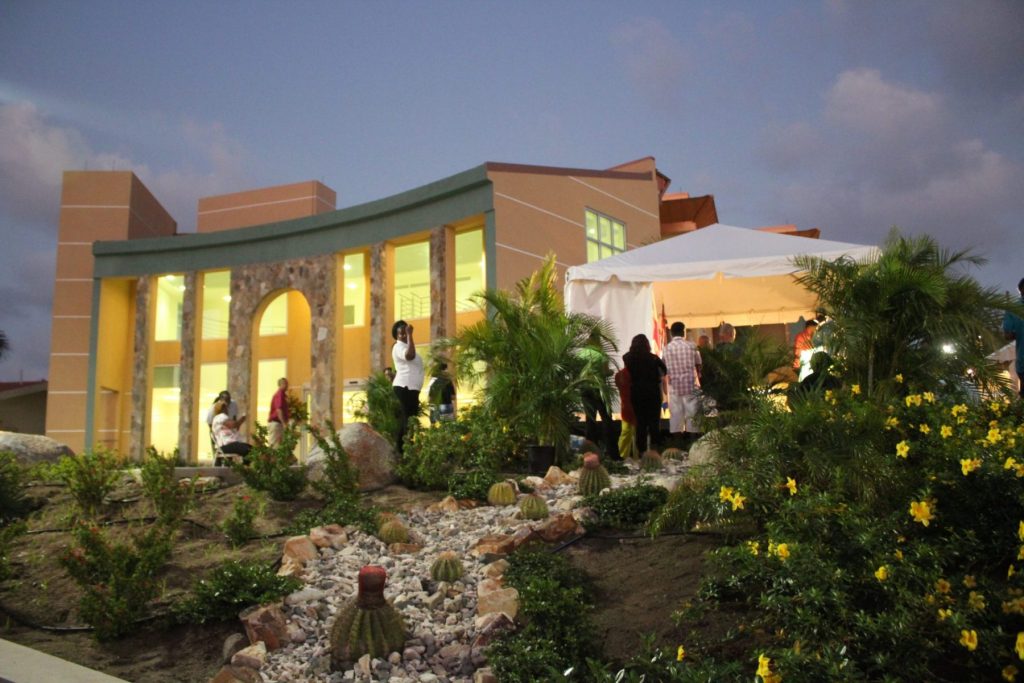 The Nurse Iris O’Neal Medical Centre on Virgin Gorda opened in February 2020 after years of delay. Works still need to be completed on the second floor of the building, but no funding is currently available, Health and Social Development Minister Marlon Penn said Tuesday. (File Photo: ZARRIN TASNIM AHMED)

As the territory grapples with a shortage of nurses and other medical professionals, the BVI Health Services Authority is recruiting staff from Cuba, Ghana and the Philippines, according to Health and Social Development Minister Marlon Penn.

The update was among several Mr. Penn provided in response to questions from the opposition during a Tuesday meeting of the House of Assembly.

The second floor of the building is not operational, but it will be designed and outfitted as soon as funds are available, he said without providing a target date.

In the meantime, the main floor of the facility is already providing various services, according to the minister.

“The healthcare services being provided include general care for adults and children as well as specialist services for obstetrics, paediatrics and diabetes care. Nutritional and pharmacy services are available, and a limited range of laboratory services are also available,” Mr. Penn said of the facility. “A Virgin Gorda resident is currently being trained to provide phlebotomy and laboratory technician services that are expected to come on stream later this year.”

He added that staff have been recruited and are being trained to provide X-rays and other services.

Once funding becomes available to complete the second floor of the medical centre, more services will be offered, according to the minister.

“The second floor of the clinic is envisaged to provide a comprehensive offering of primary intervention services,” he said. “Spaces will be configured to house physiotherapy, audiology and hearing services, and the relocation of the mental and dental services. Primary care and nursing services will be expanded.”

Asked about a new lab in the Road Town Clinic, Mr. Penn said that contracted works are substantially complete and that some supplies await delivery and installation. The project, he added, should be complete by the end of the year. However, he also criticised contracts that he said were handed out for the project under the watch of Mr. Malone, his predecessor as minister of health and social development.

“I was surprised to discover that other than a new lab location, these contracts did not include the full scope of works needed to make the facilities fully functional,” Mr. Penn said. “Essential works that are still required include refurbishment of the lobby area [and] installation of a lift and stairwell to provide access to the outpatient clinic on the upper level in compliance with the modern safety and compliance standards.”

He added that the current projected cost for the needed works is $574,000 and that the estimated completion date will be calculated once funding is made available.

Mr. Malone asked whether the BVIHSA will consider asking its “friends” for funding.

Mr. Penn responded by saying that he doesn’t “have a habit of asking friends for money when I squander mine.”

“The project was poorly planned, poorly budgeted, and the money was poorly allocated,” he added.

Those decisions, he alleged, took place in 2020 and 2021 when Mr. Malone served as the minister. Mr. Penn replaced Mr. Malone when the National Unity Government was formed in May.

Asked about staffing for the BVIHSA, Mr. Penn said that there is a continual challenge in competing with the rest of the world in recruiting and keeping medical professionals.

“In response to complex challenges, the following steps are being undertaken to help address staffing shortages,” he said. “The BVIHSA has entered into an agreement with the Cuban Health Authority for the extended deployment of a limited number of physicians, specialists, and nursing staff for the next year. New markets for nurse recruitment are actively being explored, including Ghana and the Philippines as nursing shortages are the most pressing concern at this time.”

More initiatives are being reviewed by the BVIHSA board, he added.