Mark Collins, a former United Kingdom police chief who has served for more than 33 years, will take up the post of Virgin Islands police commissioner for three years starting …

END_OF_DOCUMENT_TOKEN_TO_BE_REPLACED 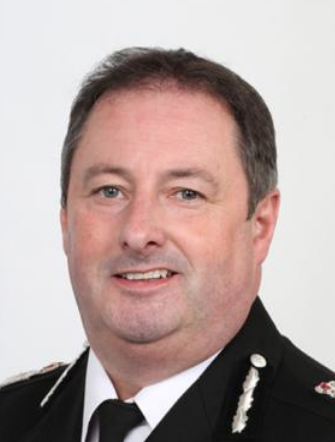 Mark Collins, the new Police Commissioner, is set to arrive in the territory in April. (Photo: GIS)

Mark Collins, a former United Kingdom police chief who has served for more than 33 years, will take up the post of Virgin Islands police commissioner for three years starting in April, according to a Monday press release from the Governor’s Group.

He also has served as the chief constable of Dyfed-Powys Police in Wales for four years, following stints as deputy chief constable in Bedfordshire and as borough commander of Walthamstow as part of London’s Metropolitan Police.

In 2020 Mr. Collins was awarded the Queen’s Police Medal as part of Her Majesty’s New Year Honours List, and in 2019 he was made a fellow of the University of Wales Trinity Saint David, the press release states.

“I am delighted that Mr. Collins has accepted the position of commissioner of police,” Governor Gus Jaspert said. “He will bring a great deal of experience and knowledge to the role.”

The current commissioner, Michael Matthews, was selected for the position in January 2016.

At the time, he was the chief constable of the police force in the Sovereign Base Areas of Akrotiri and Dhekelia, a British overseas territory on the Mediterranean island of Cyprus.