On the night of May 27, police chased a white hatchback through Fat Hogs Bay, and a man was later hospitalised after suffering a “collision” with a police vehicle, according …

END_OF_DOCUMENT_TOKEN_TO_BE_REPLACED 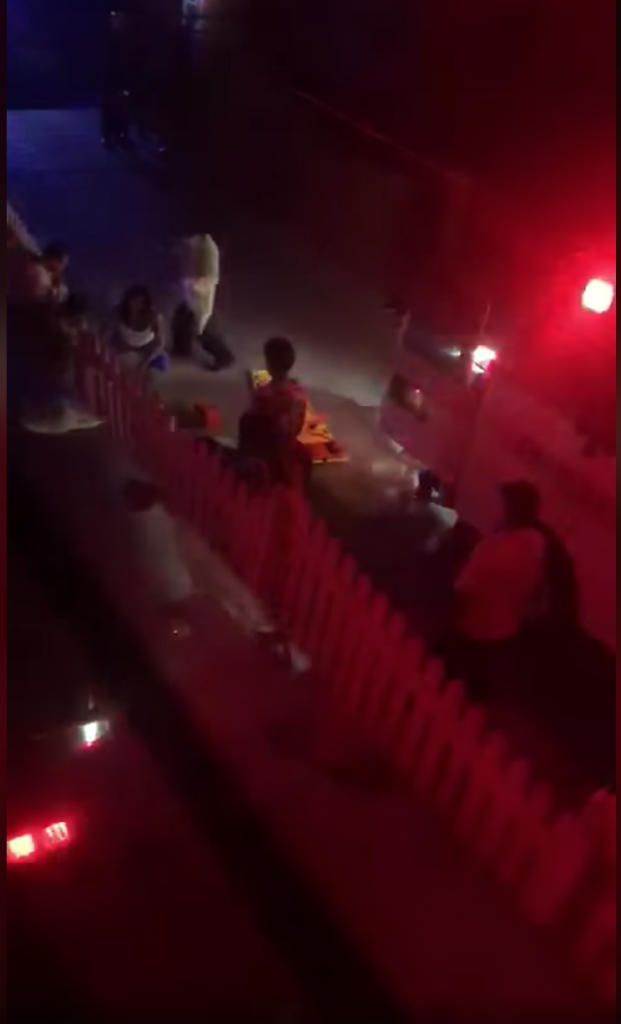 Two videos, which were aired by 284 Media on May 27, depict a Fat Hogs Bay car chase that ended with a man in the hospital. (Photo: PROVIDED)

On the night of May 27, police chased a white hatchback through Fat Hogs Bay, and a man was later hospitalised after suffering a “collision” with a police vehicle, according to a police statement and two videos that were aired on Facebook by 284 Media the night of the incident.

In the first video, a police jeep with its lights flashing can be seen speeding down a long straight away as it bears down on the white hatchback.

The two vehicles temporarily disappear from view as they go around a bend, but then come into view once more with the police in close pursuit before the video ends.

The second video, which is 14 seconds long, shows paramedics preparing a gurney.

Though the injured individual is obscured by a fence, a woman can be seen squatting down while a police officer stands nearby with a flashlight in hand, and several onlookers peer over the fence to observe the scene.

It is unclear, however, whether the injured person was the driver of the hatchback or a bystander, and Police Information Officer Akia Thomas said she could not provide that information.

Ms. Thomas, who did not issue a press release after the incident, also did not say what prompted the chase or whether the driver of the pursued vehicle was arrested.

“Police confirm they are investigating an incident in the Fat Hogs Bay Area where a male person was in collision with a police vehicle … and is currently being treated at [Dr. D. Orlando Smith Hospital],”Ms. Thomas wrote in a statement to the Beacon.

She added, “A senior police investigator has been appointed, and police are appealing for any witnesses to come forward.”

As of press time, the above statement was the only information Ms. Thomas was able to provide, she said