The Royal Virgin Islands Police Force held another Police Pass-out Ceremony today at H. Lavity Stoutt Community College. The officers showed off their drills and skills amidst family and friends …

END_OF_DOCUMENT_TOKEN_TO_BE_REPLACED 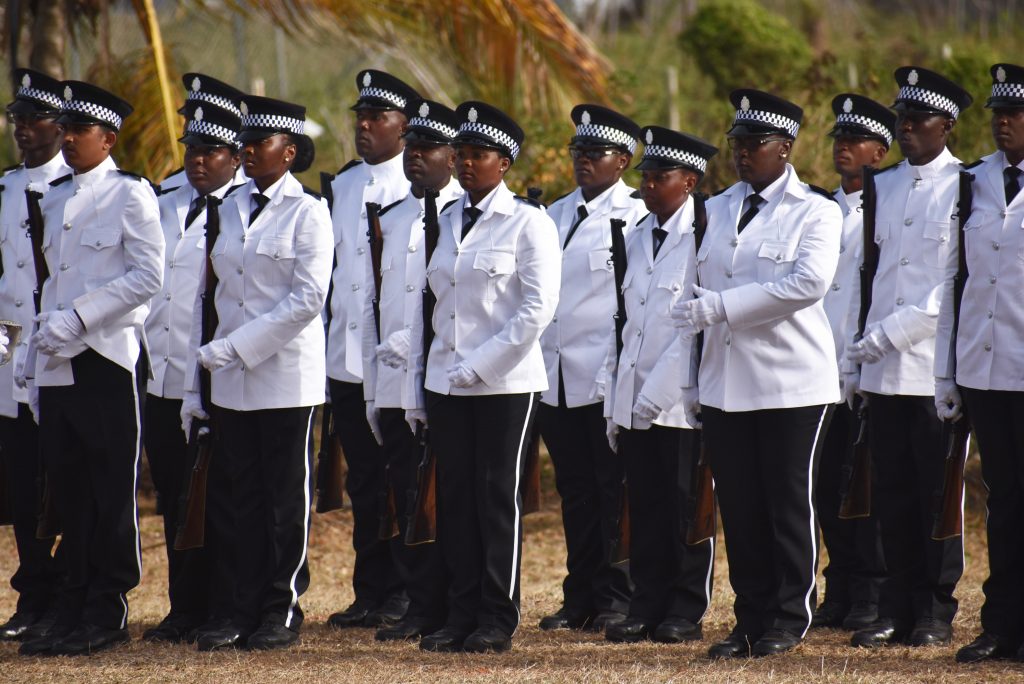 The officers showed off their drills and skills amidst family and friends while their mentors, including Police Commissioner Michael Matthews, and government officials like Acting Premier Kye Rymer and Governor Gus Jaspert shared a few words.

“I am excited to see there is almost a 50/50 ratio of men and women in this cohort,” the Governor said.

This third recruitment group consists of 11 men and nine women as well as the largest amount of former Virgin Islands Cadet Corps (VICC) members. It also includes the the youngest recruit to have joined since the inception of on-island recruit training.

Commandant of Training and Force Training Officer, Inspector Selwyn Rock, expressed his satisfaction with the progress of the training and the standards achieved by the trainees over the past six months. He added that the training programme was delivered jointly with the H. Lavity Stoutt Community College and centered around the subjects of academic and police duty, officer safety, physical training and much more.

“The trainees throughout the period of training were challenged to always endeavor to know their job well, act ethically, serve professionally and be the good role models demanded of their vocation,” he said.

The RVIPF is expected to hire a total 45 new officers over the course of three years (2018-2020). This is the first of three consecutive training exercises that will take place over the next year and a half.