As some residents continue to socialise in defiance of the pleas from health officials to stay home and limit person-to-person contact, a police officer used pepper spray to disperse a …

END_OF_DOCUMENT_TOKEN_TO_BE_REPLACED 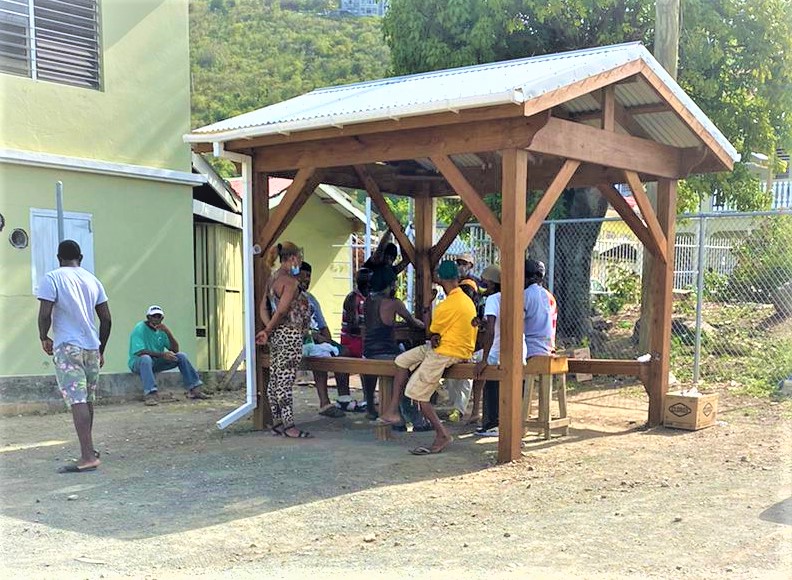 After residents gathered around a domino game in East End on Tuesday and ignored a police officer’s order to disperse, the officer used pepper spray to break up the crowd, police said. The group returned the area awhile later, according to police. (Photo: RIVPF)

As some residents continue to socialise in defiance of the pleas from health officials to stay home and limit person-to-person contact, a police officer used pepper spray to disperse a group of people gathered around a domino game in East End on Tuesday after they ignored his direct order, police stated on Tuesday.

The individuals scattered but later returned to the game, according to police.

“Gatherings of any kind, even outdoors, … must cease if the territory is to reduce the rapid transmission of the [Covid-19] virus,” police stated in a press release.

Acting Deputy Police Commissioner JacquelineVanterpool added, “We are also seeing persons travelling by boat during the curfew hours of 7 p.m. to 5 a.m. The restrictions of movement around the territory applies to both vehicles and boat traffic.”