Pier Park audit will be ready in a few months, premier says

The long-awaited Tortola Pier Park audit should be complete within a “couple of months at the most,” according to Premier Dr. Orlando Smith, who did not provide a timeline for …

END_OF_DOCUMENT_TOKEN_TO_BE_REPLACED 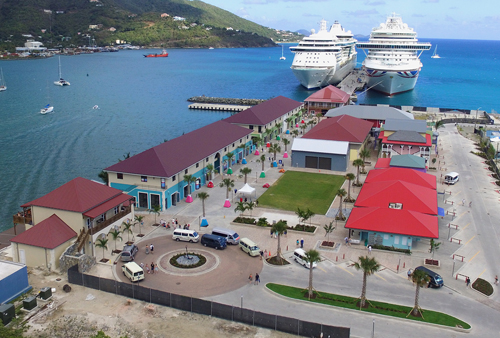 An image of the Tortola Pier Park before the passage of Hurricane Irma. (File Photo: TODD VANSICKLE)

The long-awaited Tortola Pier Park audit should be complete within a “couple of months at the most,” according to Premier Dr. Orlando Smith, who did not provide a timeline for when it might be made public.

The announcement — made in response to a question at a press conference last week — comes after long series of delays for a probe that Dr. Smith (R-at large) launched more than two years ago to address “rumours” about the $85 million-plus TPP project, which saw cost overruns of at least $30 million.

During a House of Assembly sitting in March, he noted that BVI Ports Authority management was looking over a confidential draft of KPMG’s audit to “review and report any factual inaccuracies” that might be in the document.

After the review — which Dr. Smith described as “standard procedure” — the document will be finalised and submitted to the Ministry of Finance and subsequently the House of Assembly, he explained.

Dr. Smith declined at the time to provide a timetable for that process.

After government contracted KPMG more than two years ago, the premier predicted in May 2016 that the audit would be finished within about three months.

About three months later, then-Governor John Duncan said during an August press conference that he expected it to be released “in the coming weeks.”

However, Dr. Smith disclosed last April that the audit did not actually begin until September 2016.