The 26th annual Pro Am Regatta hosted by Bitter End Yacht Club in Virgin Gorda finished on Saturday with match racing. Top sailors from around the world competed in the …

END_OF_DOCUMENT_TOKEN_TO_BE_REPLACED 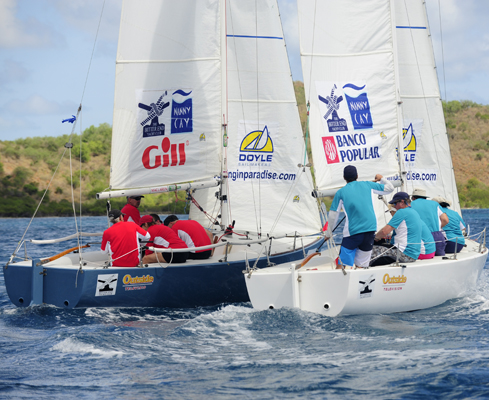 Sailors competed in match racing on Friday during the final day of the Pro Am Regatta. (Photo: Todd VanSickle)

Top sailors from around the world competed in the event, including Olympic silver medalist Zach Railey. It was his fifth time competing in the Pro Am Regatta.

“I have been here a lot and I love coming back every year,” Mr. Railey said.

He said the week went well, with “good breeze” and a lot of “newcomers.”

Olympic gold medalist Anna Tunnicliffe was scheduled to participate in the event as well, but she cancelled at the last minute, according to race officials.