More than ten months after Hurricane Irma, the revised Recovery to Development Plan has been submitted to Cabinet, and is scheduled to become public when it is tabled today in …

END_OF_DOCUMENT_TOKEN_TO_BE_REPLACED 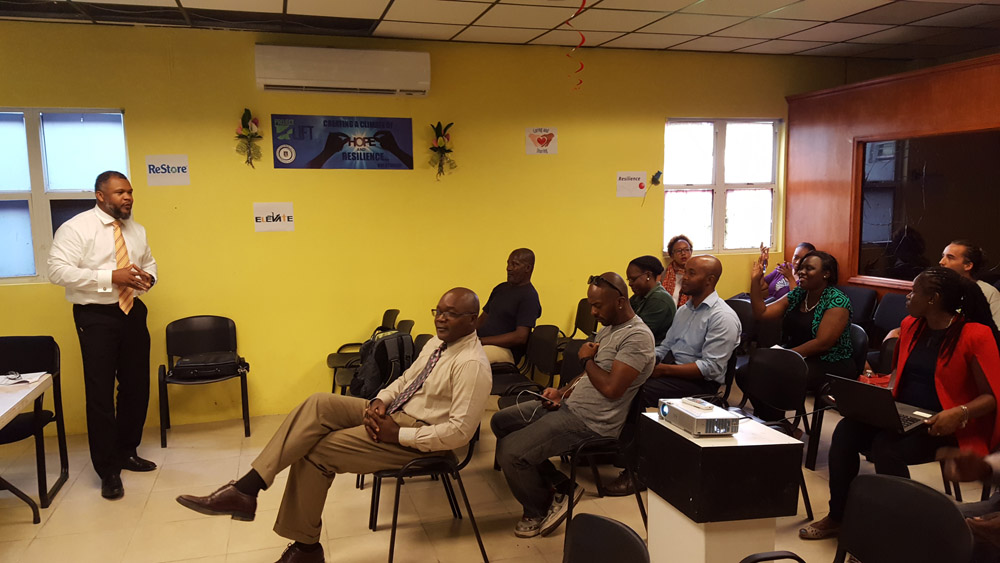 Residents discussed the draft Recovery to Development Plan at an agriculture stakeholder meeting held earlier this year. The revised recovery plan has now been approved by Cabinet, and is to be tabled today in the House of Assembly. (Photo: CONOR KING DEVITT)

More than ten months after Hurricane Irma, the revised Recovery to Development Plan has been submitted to Cabinet, and is scheduled to become public when it is tabled today in the House of Assembly.

The Disaster Recovery Coordinating Committee also recently released a 34-page report that details comments and concerns from residents about an initial draft of the recovery plan.

The recommendations come mainly from a series of open consultation meetings that were held in January and February, where members of the public came forward to discuss the document.

More than 300 people from the private and public sectors attended stakeholder meetings, and another 450 participated in general public meetings, according to the report. Fifty written comments were also submitted to the DRCC, the document added.

All feedback was divided into six “themes:” legislation, policy and planning; employment, labour and markets; education and training; environmental protection and conservation; infrastructure and technology; and communication, transparency and accountability.

“Invest more government funds into the culture sector rather than depend only on grants,” stated one recommendation featured in the report.

Another, listed under the policy and planning theme, advised, “Rebuild with innovative, resilient and environmentally friendly techniques.”

The committee reassured residents that their voices were heard, adding that “all comments” have been shared and discussed with various ministries.

“Some of the suggestions are already being implemented or contemplated by government departments; some that are shorter term will be considered for the revised Recovery to Development Plan, while those with longer term implications will be reviewed and further discussed during the national development planning process,” the report stated.

The draft plan, which was published on Dec. 22, broadly outlined proposals for spending $721 million on the territory’s recovery.

The plan also included timetables summarising how government planned to use about $218 million in recovery cash in the first year and a half of the process, about $388 million in the second year and a half, and about $115 million after that.

However, some residents at the meetings earlier this year complained that the draft plan lacked specificity.

“If I was to summarise it, having read this document a couple of times, it is long on generalities and short on specifics,” said Gerard Farara, senior partner and head of dispute resolution at Collas Crill, during a Fourth District meeting.

“And at this juncture of the country’s development, in light particularly of what has happened in the aftermath of the hurricanes, we cannot be dealing with generalities.”

“There is an argument that we need more details, but what we’re saying to you and everybody else in the public is that you’re going to shape a lot of the details that are going into this plan,” he said.

Now that the revised plan is complete — albeit subject to any amendments the HOA may make, Mr. Penn pointed out — the Recovery and Development Agency will work to implement it.

The agency’s board is chaired by Robert Mathavious, managing director of the Financial Services Commission.

New Zealand native Paul Bayly was recently selected as the chief executive officer of the agency after an extensive search in recent months.

The board will be responsible for developing procurement procedures and approving contracts for projects that fall under the recovery agency.