Pete Smith, deputy director of the Department of Youth Affairs and Sports, stood onstage in front of an auditorium packed full of teachers. “Was last year your best school year …

END_OF_DOCUMENT_TOKEN_TO_BE_REPLACED 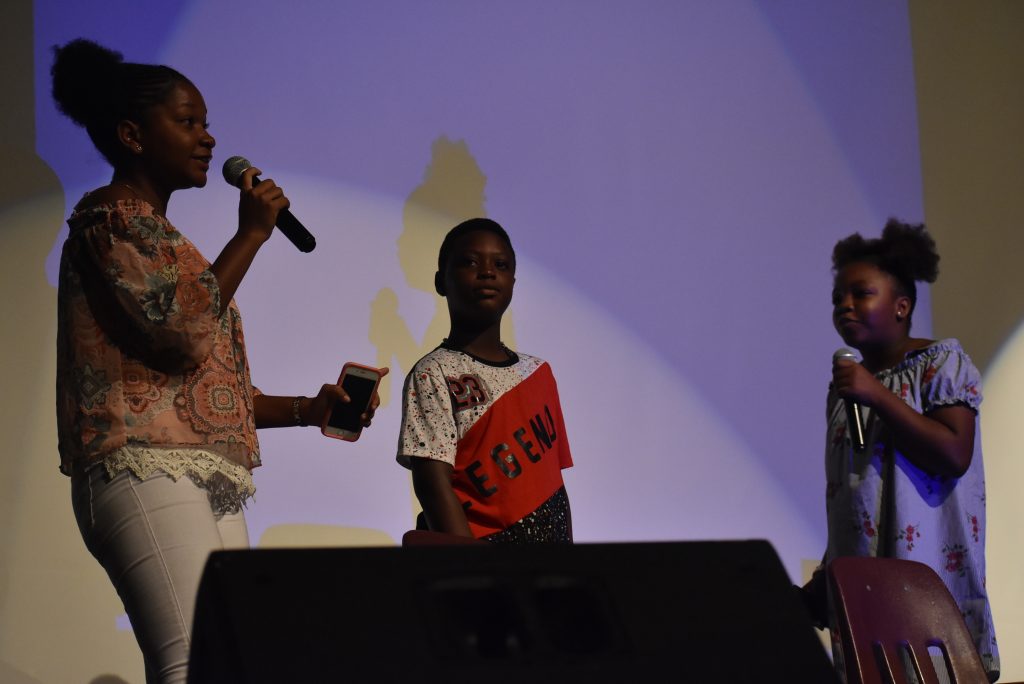 Pete Smith, deputy director of the Department of Youth Affairs and Sports, stood onstage in front of an auditorium packed full of teachers.

“Was last year your best school year yet?” he asked them.

“No,” others muttered simultaneously.

“I know we all have more to give this year,” he said.

In any case,they’ll all get a new start on Monday, when students and teachers across the territory head back to class after a summer break just over a month long.

At a teachers’ professional development meeting on Monday at H. Lavity Stoutt Community College, officials from the Ministry of Education and Culture outlined new initiatives for the year, including a high school equivalency programme and a push to meet UNICEF’s Child-Friendly Schools standards.

But with high schoolers still attending in shifts, and with classes being held in tents and other temporary structures, the biggest concern will continue to be rebuilding the school buildings that were damaged or destroyed by Hurricane Irma.

Though the education system is far from back to normal, Education and Culture Minister Myron Walwyn reminded teachers that the past year was not without progress.

“Much work has gone on over the year since the disasters,” he said.

But he added that the post-Irma shift system will continue for high schoolers as government works to repair the L-shaped building at the Elmore Stoutt High School as well as the Bregado Flax Educational Centre’s secondary division.

The ESHS building originally was slated to be repaired by this month, but now the project has been pushed back. In June, Mr. Walwyn blamed the delay on the fact that the ESHS rebuild is to be funded by the Caribbean Development Bank loan package, which he described as a “vigorous and time-consuming process.”

At a press conference two weeks ago, Premier Dr. Orlando Smith said work on the building is anticipated to be complete in early 2019.

Meanwhile, Mr. Walwyn confirmed on Friday that Leonora Delville Primary School — whose students had been attending classes in tents —was ready for occupancy by the beginning of the school term on Monday.

“We have a few more finishing touches, most of which can be done without any interruption to our students,” he wrote in a Facebook post.

“We suffered many setbacks with this project, particularly with the availability of essential materials to rebuild the school,” Mr. Walwyn explained, last week, adding that electrical works were being completed and the painting of the interior and exterior of the school was under way.

For the time being, students from Ivan Dawson Primary in Cane Garden Bay will continue to join their peers at Leonora Delville, though their school has been mostly repaired thanks to help from international volunteers from the organisation All Hands and Hearts.

“The most recent rains made it clear that there is need to take another look at the plans to ensure that the school does not continue to have these recurring flooding issues,” Mr. Walwyn explained.

“It was our desire to have the school completed, and the volunteers working there had assured us that it would be completed for the opening of school, but with the recent flooding I would rather have our students in an environment free from flooding, and therefore we are working on getting this rectified as best we can.”

Repairs are also progressing at the Robinson O’Neal Memorial Primary School on Virgin Gorda and the Enid Scatliffe Pre-Primary School in Road Town, and the minister said he expected both to be completed early in the term.

“With respect to other schools that were more severely damaged, the ministry continues to work assiduously to access the funding for their redevelopment,” he added.

Mr. Walwyn explained that the theme for this school year is, “Be Disciplined: Achieve Excellence,” and that the ministry would be working to transmit positive values to students through what he called “a territory-wide call for change.”

“I know that our teachers will continue to do all that they can to instil the virtues of discipline, integrity, honesty and the like in our students,” he said.

He explained that a pre-Irma plan to teach Mandarin Chinese Kingdom programme will be back on the table before the end of the school year.

Furthermore, senior students will gain access to Chromebooks donated by the Jarecki Foundation and the McLain Foundation through Unite BVI.

And Dr. Katherine Smith, head of the Virgin Islands Studies Institute at HLSCC, has introduced a certificate programme in VI studies that will be made available for teachers.

The schools will see a slate of other new initiatives, some of which were delayed after Irma or earlier due to lack of funding. A group of young performers from Jost Van Dyke Primary School presented a short skit introducing the concept of “Child-Friendly Schools,” a UNICEF-led programme designed to make classrooms more student-centred.

Chief Education Officer Connie George said the ministry will be encouraging all schools to ensure that children are “provided with the opportunity of being protected and safe, healthy, positive and successful.”

According to one of the young performers, “Our parents are going to be more involved. … We will have higher grades, better attendance, and a positive attitude.”

Also continuing after a short hiatus will be the UNICEF Return to Happiness programme, which is designed to help children recover from hurricane-related trauma, and the Healthy Schools initiative conducted through the Ministry of Health and Social Development.

As teachers continue to labour under difficult conditions, keynote speaker Dr. Sauda Smith, the former associate vice president of HLSCC, urged the VI to place value on their contributions.

To that end, she called for the territory to follow the lead of countries that “recognise, value and applaud teachers.”

In Finland, which consistently finishes at the top of worldwide rankings, teachers “are prized as much as doctors,” she said.

“When teachers are encouraged and empowered, and a positive environment is created, it’s simple for them to give their best and encourage their students,” Dr. Smith explained.

Beginning on Oct. 15 Mr. Walwyn said, adults who have not attained their high school diploma will have a new pathway, other than night school, for doing so, akin to what in the United States is known as a general equivalency degree (GED).

He said the programme, focusing on four core subjects, will be developed using online learning
and weekly tutorials, and will be particularly useful for sister island residents, prison inmates and residents who can’t be physically present at night school in order to earn their diploma.

“We cannot afford to have so many of our young people without a high school diploma as it will stunt their growth in so many areas of their lives,” he said. “We need a programme that can meet our students where they are. … I see this programme being a second chance for those persons in our community who did not take high school seriously or had other challenges that deferred their goals.”