Six bills were introduced after the Speech from the Throne during the House of Assembly sitting on Tuesday afternoon. First, Premier Andrew Fahie motioned to introduce the first readings of …

END_OF_DOCUMENT_TOKEN_TO_BE_REPLACED 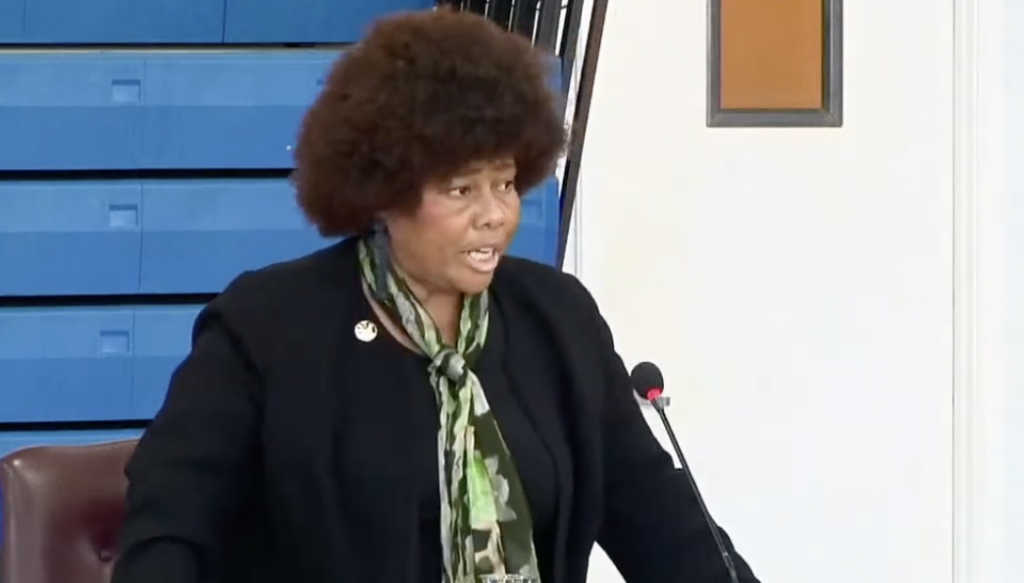 During the House of Assembly sitting on Tuesday, Junior Minister for Trade and Economic Development Shereen Flax-Charles urged the public to bring concerns to representatives. (Screenshot: HOA)

Six bills were introduced after the Speech from the Throne during the House of Assembly sitting on Tuesday afternoon.

First, Premier Andrew Fahie motioned to introduce the first readings of the Liquor Licence Act 2019, the Police Act 2019, and the Business Licensing Act 2020.

Deputy Premier Dr. Natalio “Sowande” Wheatley then motioned for the introduction and first and second reading of the Virgin Islands Food Security and Sustainability Act 2022. He said later during the sitting that it was the first bill introduced in his name.

Transportation, Works and Utilities Minister Kye Rymer introduced the Water and Sewage Authority Act 2021, and motioned for the first reading of the bill.

Some members of the House spoke after all the bills were introduced, taking the opportunity to give their first addresses of the year in the HOA.

Junior Minister for Trade and Economic Development Shereen Flax-Charles called for collaboration during 2022, urging residents to set aside their differences and work together.

“Do not let your disquiet only be a phenomenon for social media,” she said. “Call me.
Call your representative. Let us know what bothers you.”

Dr. Wheatley promised an update on education, while Mr. Malone continued to urge residents to remain vigilant in the face of Covid-19.

Natural Resources, Labour and Immigration Minister Vincent Wheatley commended government for moving toward a more modern future by “bringing more things online” and encouraged the government to put “a serious focus” on the youth.

Mr. Fahie said that he “chooses to be happy” and to put hope into situations.

“When people see the economy going down, I don’t see that: I see it as a challenge for us to go around,” he said.

Mr. Fahie also asked residents to “cherish time” and “look for the brighter side.”