If a pair of resolutions pass today in the House of Assembly, Jeanette Scatliffe-Boynes would continue to act as the director of the Social Security Board through the end of …

END_OF_DOCUMENT_TOKEN_TO_BE_REPLACED 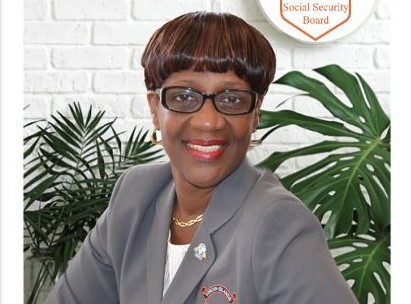 The resolutions were brought before the HOA on Aug. 26 by Natural Resources, Labour and Immigration Minister Vincent Wheatley.

Transportation, Works and Utilities Minister Kye Rymer seconded the first motion and said he found that Ms. Scatliffe-Boynes has proved herself fit for the role after she took it up on Jan. 1 following the departure of longtime director Antoinette Skelton.

But the resolutions didn’t universally gain such support.

Opposition member Julian Fraser called it a “disgrace” that the proposed appointment period was for only six months in an acting role given Ms. Scatliffe-Boynes had served as deputy director for almost 30 years.

He then moved to confirm her in the director position instead.

“This is disgusting, and I’m sick and tired of it — the way women are being treated in this society,” Mr. Fraser said, adding, “She is eminently qualified. She has put in her time. There is absolutely nothing left for her to prove as far as her qualifications for this position is concerned.”

Speaker of the House Julian Willock then invited Mr. Fraser to propose an amendment rather than a new resolution, which he proceeded to do.

Health and Social Development Minister Carvin Malone, however, retorted that the amendment “is not about respect for women.”

“I don’t know where that came in at all,” he said. “It is more about grandstanding than it is respect for women.”

He agreed that the process for making substantive appointments does need to be adjusted to make them in a more timely manner. But he ultimately supported the original motion for a six-month acting directorship.

Premier Andrew Fahie did not support the opposition amendment either, stating that the “cleanest” way to proceed would be returning the motion to the SSB.

Members are voting on Sept. 2 as the last piece of business for the sitting.