Governor Gus Jaspert signed a memorandum of understanding last Monday that is designed to help shore up the Territorial Search and Rescue Team by providing specialised training and equipment. Under …

END_OF_DOCUMENT_TOKEN_TO_BE_REPLACED 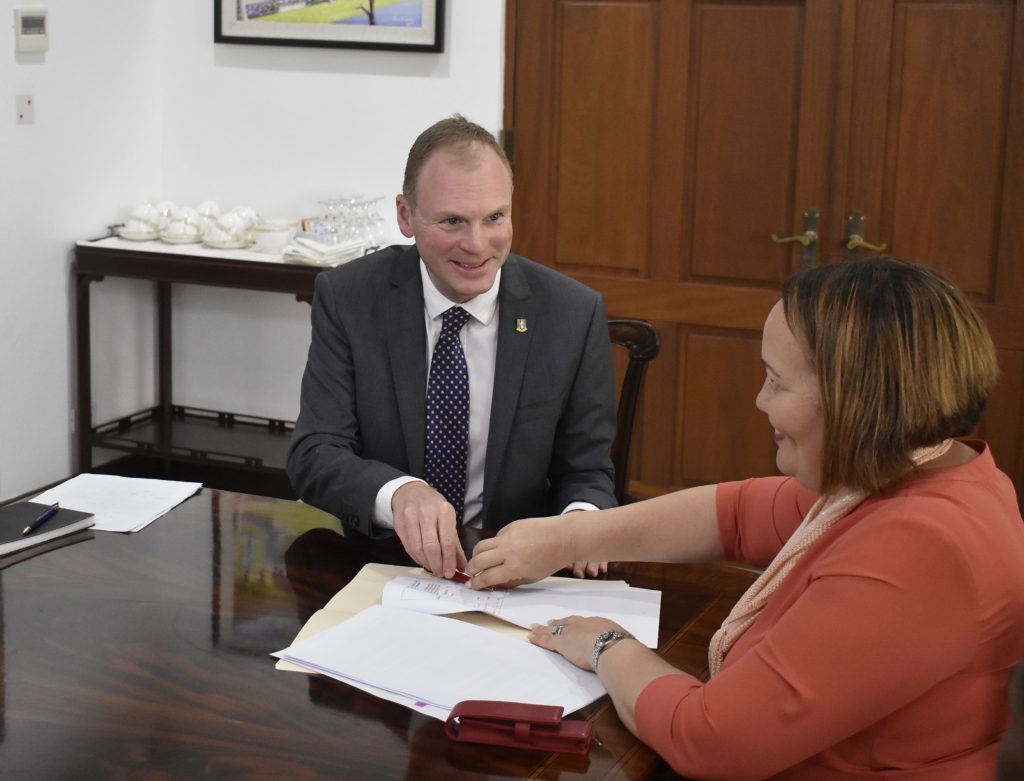 With a memorandum of understanding signed Monday by Governor Gus Jaspert, the Virgin Islands has taken the first step towards receiving a new package of funds and equipment to beef up the the territory’s rescue services. (Photo: JOEY WALDINGER)

Governor Gus Jaspert signed a memorandum of understanding last Monday that is designed to help shore up the Territorial Search and Rescue Team by providing specialised training and equipment.

Under the MOU between the Virgin Islands government and the United Kingdom Foreign and Commonwealth Office, the UK will give the territory $200,000 and a host of equipment to support the team, Mr. Jaspert said.

“One of my responsibilities is ensuring the safety and security of all the citizens of the territory, and this is one part of that,” the governor added.

Much of the equipment included in the package is intended expressly for search and rescue — such as helmets, flashlights and goggles — though the UK is also providing tools like first-aid kits, trauma kits, and sledge hammers that are handy in a range of disasters, Mr. Jaspert said.

To improve the VI’s marine rescue capacity, the UK package will include diving gear, while the money will go towards facilitating training in first-aid, land and marine rescue, and other areas, according to the governor.

To determine what equipment should be included, officials considered a 2014 Capability Review Assessment Report, which examined the rescue capabilities across multiple sectors in the territory, said Evangeline Inniss, deputy director of the Department of Disaster Management.

“Based on that review, that’s where we came up on the training and equipment needs,” Ms. Inniss said.

Following a tender process that will be opened next week, officials expect the equipment to arrive and training to begin in late March, Ms. Inniss said.

Beyond ensuring the territory’s search-and-rescue team is as well-trained and well-equipped as possible, receiving the kit and donation will be important in helping the territory remain the only Caribbean nation to be certified under the Emergency Management Accreditation Programme, a Virginia-based organisation that assesses disaster preparedness programmes through a peer-reviewed accreditation process, Mr. Jaspert said.

Pointing to a recent spate of earthquakes near Puerto Rico, Mr. Jaspert urged residents to be prepared for natural disasters at all times, not just during hurricane season.

“Don’t wait till the first of June to think, ‘Am I ready?’” he advised.