Johnaye Munro was supposed to be born on Dec. 27, but she surprised her family by waiting a few more days and becoming the Virgin Islands’ first baby of 2020. …

END_OF_DOCUMENT_TOKEN_TO_BE_REPLACED 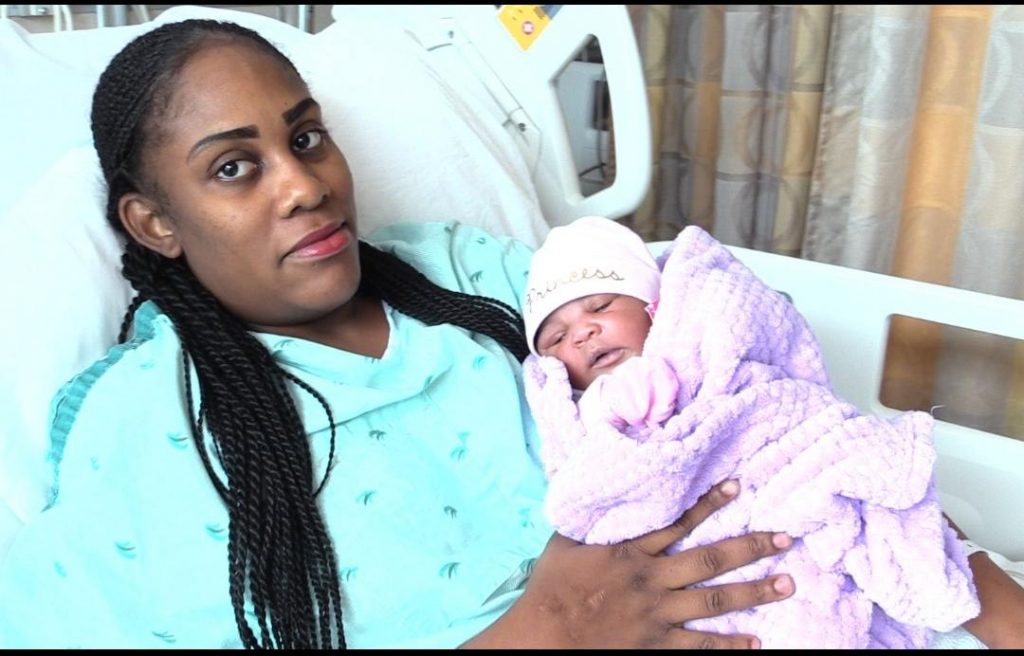 Johnaye Munro was supposed to be born on Dec. 27, but she surprised her family by waiting a few more days and becoming the Virgin Islands’ first baby of 2020.

Her parents, Crystal Douglas and Jonathan Munro, were elated to finally meet her when she was born at 11:08 a.m. weighing seven pounds and six ounces.

“I was just glad she born, and I thank God for allowing that,” said Ms. Douglas, who originally feared that they would have to induce labour after missing her original due date.

Johnaye’s parents weren’t the only ones grateful to finally meet her. Her siblings were just as thrilled, according to Ms. Douglas.

“The little ones were excited that she was born but didn’t [know] how special it was to be born on the [first] of the new year,” Ms. Douglas explained. “We were glad because there was another lady making baby, so I didn’t [know] what would have been the outcome of it.”

Soon after Johnaye’s arrival, the other mother in labour, Vernisha Walters, gave birth to daughter Makyah Rose Profitt at 1:39 p.m.

Ms. Walters also had no idea that her baby would be born on the first of the year. She and her boyfriend, Kareem Profitt, expected Makyah on Jan. 26.

They decided to stay home and relax on New Year’s Day, but Ms. Walters was surprised by contractions around 11 a.m.

“I went down the road to come back,” Mr. Profitt recalled, “and when I came back I [asked her], ‘What happen to you?’ She said she was getting contractions for about an hour and she wanted to go to the hospital.”

Ms. Walters added, “I came to the hospital at 12. I was in full labour and in minutes she was born. The contractions were bad. My life was flashing before my eyes, but when she came out it was better. I felt good and happy.”

Before the couple could even get a chance to take pictures with Makyah, who weighed four pounds and nine ounces, she was taken to intensive care due to her premature status and difficulty breathing.

“Every day she’s getting better [and making] more progress,” Mr. Profitt explained, although the couple of two years noted that they were concerned at first.

“I was very worried because I never experienced such a thing,” Ms. Walters shared.

Her boyfriend added, “I wasn’t even eating.”

Now, however, he’s confident his daughter will soon be healthy.

“They say it’s a common thing,”he said.“I’m fully confident about her being in there. When she comes out, she’ll be healthy and strong and ready to go.”

Both mothers received gifts from the BVI Health Services Authority.

Ms. Douglas received two gift baskets and a $300 “Jump Start Account” for Johnaye from the National Bank of the VI along with a voucher for Rite Way Supermarket from the hospital’s Social Services Unit.

Ms. Walters also received a gift basket and a voucher for Rite Way from the BVIHSA.