A recent poll claims that a majority of some 700 respondents want to see a new political party in the Virgin Islands. However, the survey’s backers remain nameless, raising questions …

END_OF_DOCUMENT_TOKEN_TO_BE_REPLACED 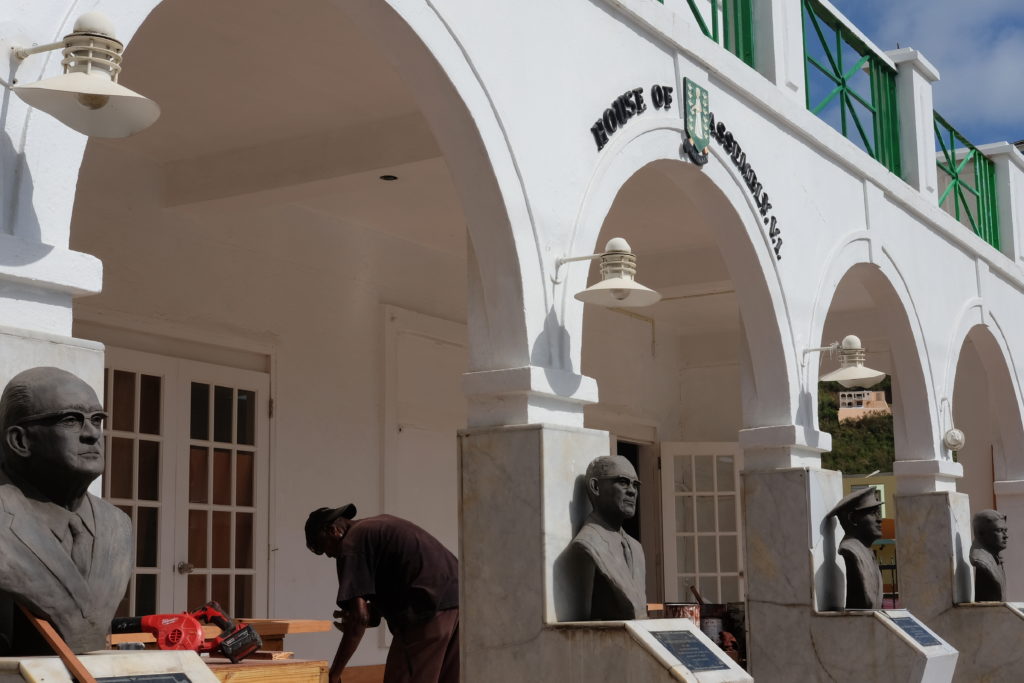 A recent poll claims that a majority of some 700 respondents want to see a new political party in the Virgin Islands.

However, the survey’s backers remain nameless, raising questions about the poll’s findings and research methods.

Peter Wickham, a director at the Barbados-based political research firm Caribbean Development Research Services, declined to identify the “client” who paid for the survey to be conducted.

“CADRES’ policy is that we do not identify our clients; however they are free to identify themselves if they feel so inclined. Otherwise the client’s identity will remain confidential,” e-mailed Mr. Wickham, who is not the retired economist of the same name who lives part-time in the VI.

The poll was conducted during February and March of this year, said Mr. Wickham, who explained that hundreds of people on Tortola, Virgin Gorda and Jost Van Dyke were asked in person about their political leanings.

The director said a local team, supervised by “our associate in the BVI,” interviewed residents.

But when asked, Mr. Wickham declined to identify that supervisor.

“Unfortunately the associate’s name I also held in confidence since we restrict political exposure to our directors,” he wrote.

According to a PDF document that Mr. Wickham e-mailed to the VI media, the research group is incorporated in Barbados and has three directors, including himself.

The organisation — whose work has been criticised in multiple newspapers around the region — has a Facebook page, but not a website.

The recent poll was conducted to gauge the “current state of political opinion, especially in light of Hurricane Maria and recovery efforts,” stated CADRES, which did not mention Hurricane Irma even though it hit the territory much harder than Maria.

The researchers reportedly found that 30 percent of respondents backed candidates from the National Democratic Party, 19 percent supported the VI Party or an “independent” option, and 51 percent were “uncertain voters.”

That 51 percent was “the most significant group,” the researchers extrapolated, because it could “tip the political balance in one or either direction.”

CADRES also found that 41 percent of respondents had a desire for a new political party, 24 percent believed the current or former parties were adequate, and 28 percent preferred not to say.

Mr. Wickham said CADRES has previously carried out polls in the territory, including one about three years ago. The result of that survey “was consistent with the outcome of the 2015 election,” he alleged.

The 2015 poll, though, has not been made public. After being asked to see it, Mr. Wickham said it was never released.

“This often happens in polling,” he added.

Several political figures in the territory said they had not heard about the new survey, or the organisation conducting it.

NDP Chairman Troy Christopher and VIP President Natalio “Sowande” Wheatley both said they were unaware of the poll.

Former political candidate Shaina Smith agreed, but said she could understand if there was legitimate interest in a new party and “distrust” with established ones.

In 2011 Ms. Smith ran with a new ticket, the People’s Patriotic Alliance, which later disbanded.

If in the future there are “viable candidates” who can stand on their own outside of existing parties, she maintained, she could see the PPA being successfully resurrected.