After working on his sailboat into the evening of June 2, Nick Buckell returned to the mooring field at St. Thomas Bay, Virgin Gorda, the following morning to find that …

END_OF_DOCUMENT_TOKEN_TO_BE_REPLACED 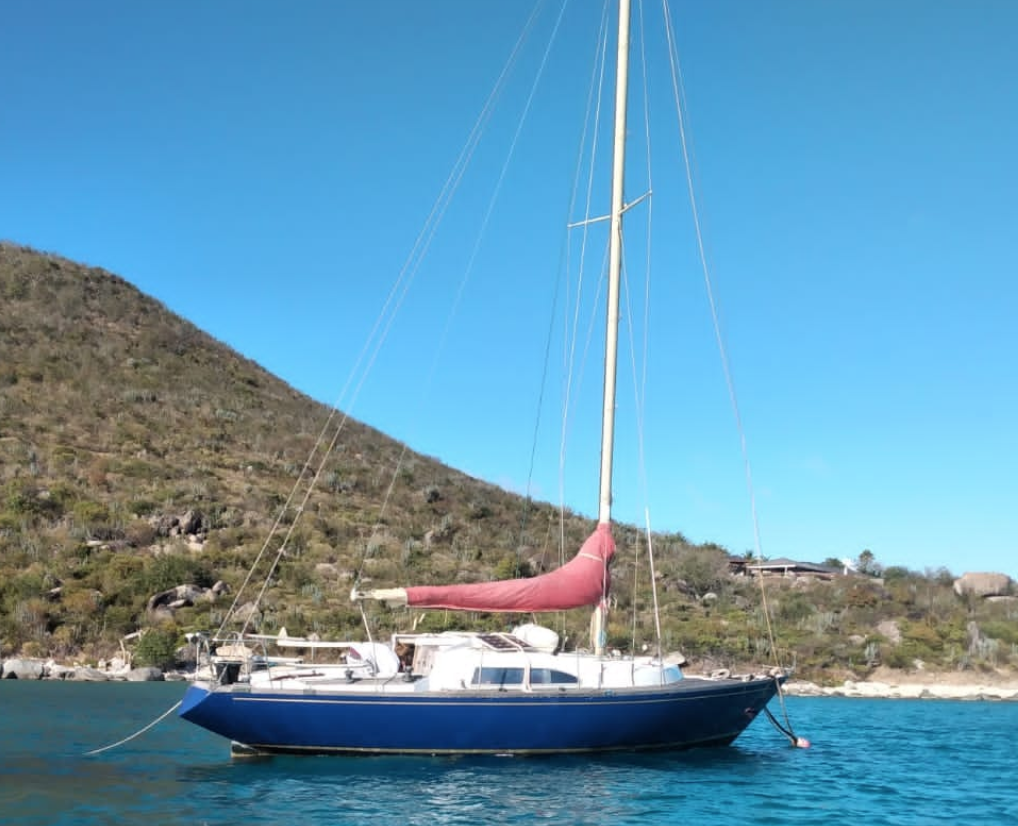 On June 3, Nick Buckell tried to return to his sailboat, which he had been working on the previous night, to find that it had disappeared from its mooring in St. Thomas Bay, Virgin Gorda, he said. Three days later, the United States Coast Guard said the boat was located off the coast of Culebra, but Mr. Buckell said he has few good options for retrieving it. (Photo: FACEBOOK)

After working on his sailboat into the evening of June 2, Nick Buckell returned to the mooring field at St. Thomas Bay, Virgin Gorda, the following morning to find that the 30-foot mono-hull had disappeared.

He searched the harbour and other parts of the territory to no avail and filed a police report at the Virgin Gorda station, he told the Beacon.

On June 6, he received unwelcome news: The United States Coast Guard had located the boat floating unattended off the coast of Culebra, but if he wanted it back he would have to either retrieve it himself or pay a salvage company to get it for him — both expensive, undesirable options, he said.

After giving Mr. Buckell the coordinates where the boat was last spotted, a USCG officer told him on June 7, “‘Well, maybe you should just fill up a boat with petrol and go find it,’” said Mr. Buckell, a Virgin Gorda-based yacht manager who assists with vessels when they come to the territory for repairs. Although he was reluctant to rush to conclusions, Mr. Buckell said he was suspicious that his boat may have been stolen, considering how carefully he and his father had tied it to the mooring ball.

Some thieves, he added, try to disguise their stolen boats as “drift-aways” after using them.

Further stoking Mr. Buckell’s suspicions, he said, is that few derelict boats make it past Virgin Gorda or Tortola without being sighted because the waters are so heavily travelled.

“There was no wind, no waves,” he said, adding, “That’s why everyone was telling me, ‘Hey, you got hit by the Puerto Rican boys looking for a freeride.”’

After speaking with the USCG officer, Mr. Buckell calculated that the cost of hiring a salvage company for the recovery job could nearly exceed the price he originally paid for the sailboat, he said.

For now, he added, he’s not sure how he will recover the $60,000 boat he purchased last November, and he is disappointed that he will likely have to forgo his plans of turning the vessel into a charter operation.

The boat, named Lady Blue, is painted blue with a gold-coloured mast, white sails and red sail covers, according to a witness statement Mr. Buckell sent the Beacon.

On June 7, Police Information Officer Diane Drayton said police had received no recent reports of a missing boat, but she did not respond to follow-up questions on Tuesday.

A public affairs officer at the USCG in Puerto Rico did not immediately return requests for comment this week.