The United Kingdom, South Africa, Brazil: The so-called “new variants” of Covid-19 have become a major concern globally, as initial studies suggest that some of the strains could be more …

END_OF_DOCUMENT_TOKEN_TO_BE_REPLACED 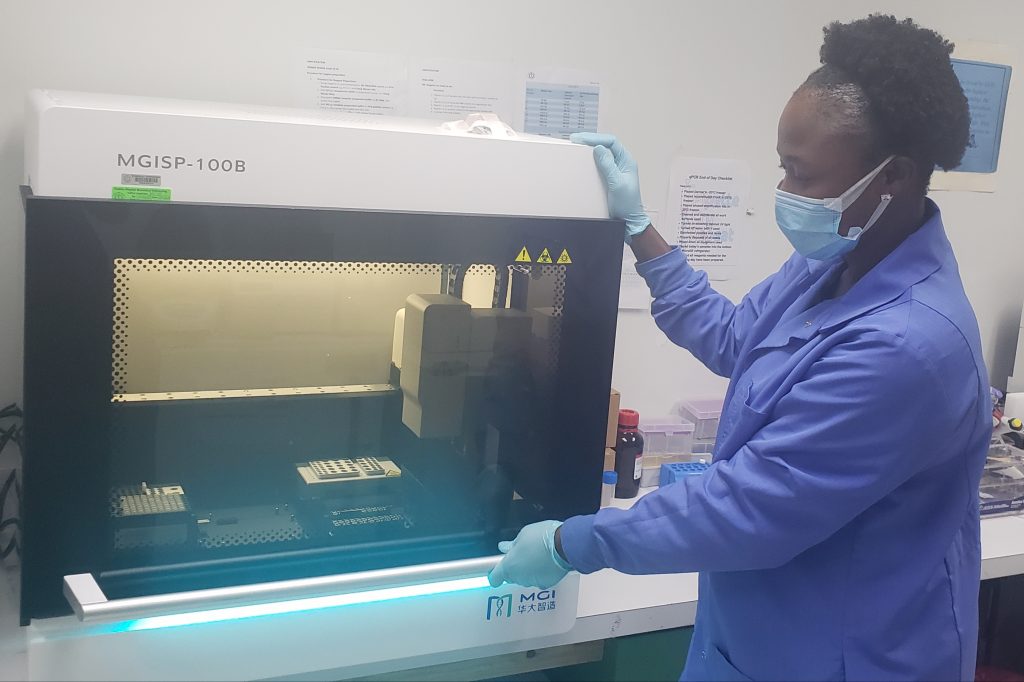 The United Kingdom, South Africa, Brazil: The so-called “new variants” of Covid-19 have become a major concern globally, as initial studies suggest that some of the strains could be more infectious or even more severe.

A testing partnership with the Caribbean Public Health Agency may soon provide answers about whether any have arrived in the Virgin Islands.

However, if someone does arrive in the territory carrying one of the new variants, it may be some time before that information is discovered.

“We’re going to find out long after the fact definitively with molecular typing,” he said, adding that the testing “is not really going to change how we manage cases.” This lag therefore shouldn’t be cause for worry, he added.

“Presently once you identify [a case], you usually do 14 days of quarantine,” he explained.

“By doing that, it breaks the chain of transmission, so there’s no real change or difference in that process.”

As with previous restrictions for travelers from the UK and the Dominican Republic, the bans won’t apply to nationals, belongers, residents, work permit holders, individuals permitted to reside in the territory, diplomats and employees of government and statutory bodies, but people in those categories will be subject to a 14-day quarantine.

“Current evidence is that PCR testing, treatments, and vaccines are unchanged as compared to the other circulating strains,” Mr. Malone said.

But if the new strains reach the territory, he added, they have “the potential to cause more disease and greater strain on already tight resources.”

Also last week, Cabinet renewed the curfew order, which now extends to Feb. 15, with no changes to the curfew for people or vessels.

Last Thursday, Mr. Malone also revealed more details of h the first 8,000 doses of Covid-19 vaccine, and subsequent doses, will be distributed after they arrive in the territory today from the UK.

The ministry will work with CARPHA, Public Health England and the Pan-American Health Organisation to provide the vaccines “on a voluntary basis,” he said.

He explained that the AstraZeneca vaccine, which was shown to be 70.4 percent effective in preventing severe Covid19 symptoms, is recommended to be given in two separate doses with an interval of four to 12 weeks in between.

A phased rollout will see health care and frontline workers first in line for “phase one,” followed by four more phases:

• “phase two” for people with underlying conditions that put them at risk of severe disease or death and people over 60 years old;

• “phase three” for essential workers and anyone at high risk of exposure, such as teachers and school staff; hospitality workers; and staff and residents of care homes, shelters and prisons;

• “phase four” for young adults; and

• “phase five” for all others.

The vaccine will be free through the public health system and available at a reasonable cost through private providers, according to the minister.

“Members of the public are asked to remain patient and calm as the committees do their work to ensure a safe and efficient rollout,” he said.

“The regimen has been shown to be effective in preventing symptomatic Covid-19, with no severe cases or hospitalisations more than 14 days after the second dose.”

However, the vaccine is approved only for people over 18 who are not pregnant, though trials on other patients will continue.

Although “no serious safety events” have been reported associated with the vaccine, the minister said, he reassured those who still might be hesitant, saying safety data will continue to be collected and monitored as the vaccine is rolled out worldwide.

“While there may be vaccine hesitancy initially, communication to address concerns and barriers will be of utmost importance,” he added.

That will include the appointment of a steering committee for vaccines led by the ministry and Dr. Georges, targeting stakeholders in the community, nonprofits and faith-based organisations.

Subcommittees are being set up to deal with vaccine administration, vaccine communication and stakeholder and community mobilisation to help drum up support for the vaccine.

Mr. Malone said the ministry is “reviewing the necessary information systems” for residents to register to get vaccinated, and asked for patience, reassuring residents that everyone would have an opportunity to get the vaccine.

Though vaccines are crucial, the minister warned, they are “not a magic bullet” against Covid-19.

“It will still be important for us to continue to adhere to social distancing and other protocols,” he said. “Only through ensuring that sufficient persons are immunised against Covid-19 … can the world not only reduce the impact of this virus but begin to think about its eventual elimination” and restore “some degree of normalcy.”

Meanwhile, cases in the VI have dipped again. As of the most recent update last Thursday, Mr. Malone announced there were nine known active cases in the territory, with four more having been diagnosed and 12 having recovered since the last update on Jan. 22. Six of the active cases were on Tortola and three were on Virgin Gorda, he said.

All but one were discovered with a “day zero” entry screening, with the last case discovered on a “day four” screening.

All cases were in quarantine and none was symptomatic. As of last Thursday, the hospital lab had tested 18,960 samples from 18,947 individuals. A total of 141 reported positive cases have occurred in the territory since the beginning of the pandemic, with 131 recoveries and one death.