After some 2.3 tonnes of cocaine was seized from a police officer’s property during a Nov. 6 raid at Balsam Ghut, the confiscated drugs were shipped out of the territory …

END_OF_DOCUMENT_TOKEN_TO_BE_REPLACED 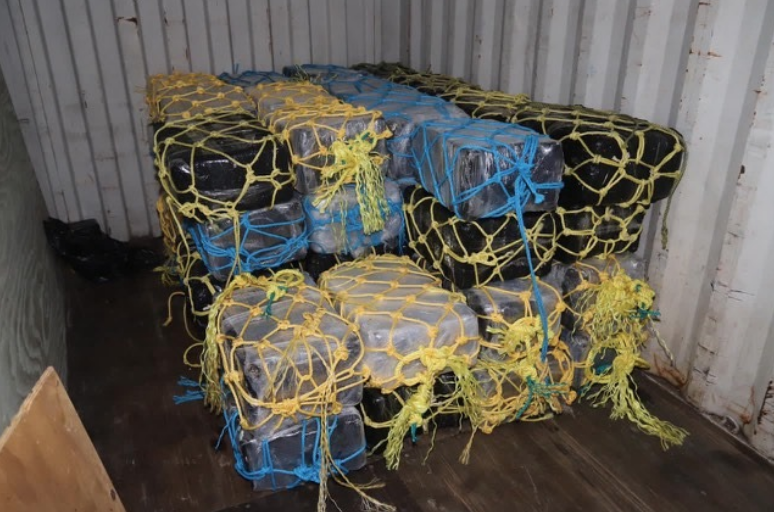 The approximately 2.3 tonnes of cocaine seized in November has been shipped away from the territory to be destroyed, Police Commissioner Michael Matthew said. (Photo: PROVIDED)

After some 2.3 tonnes of cocaine was seized from a police officer’s property during a Nov. 6 raid at Balsam Ghut, the confiscated drugs were shipped out of the territory in mid-January to be incinerated elsewhere, Police Commissioner Michael Matthews told the Beacon on Feb. 1.

The commissioner declined to provide details about where, when, or how the cocaine would be incinerated.

He did, however, describe the process of getting approval to destroy the drugs.

First, he said, they were tested by a qualified chemist to make sure that they were actually cocaine.

Then a magistrate inspected the stash to confirm that it wouldn’t be needed for evidential purposes.

After that, he said, an order was signed “to ship the drugs out for destruction,” he said.

With an estimated value of $250 million, the stash was the largest found here in Virgin Islands history and fueled concerns about corruption in government and the police force, Mr. Matthews and then-Governor Gus Jaspert said at a Nov. 10 press conference.

Two VI police officers have been arrested and charged in connection to the seizure, and United States authorities arrested a Dominican Republic man named Ruben Reyes Barel, who they alleged was responsible for the VI stash as the ringleader of a drug smuggling organisation active in the VI, St. Thomas, Puerto Rico, and the DR.

They also alleged that one of the police officers charged in relation to the bust, Darren Davis, worked with Mr. Reyes Barel and provided protection for him.

Last month, when Mr. Jaspert announced a commission of inquiry to investigate potential corruption in the territory, he cited the drug bust as a primary reason for opening the probe.