During the public holiday on Monday, more than three dozen people attended a nearly three-hour ceremony commemorating the contributions of the territory’s first chief minister, Hamilton Lavity Stoutt. The attendees …

END_OF_DOCUMENT_TOKEN_TO_BE_REPLACED 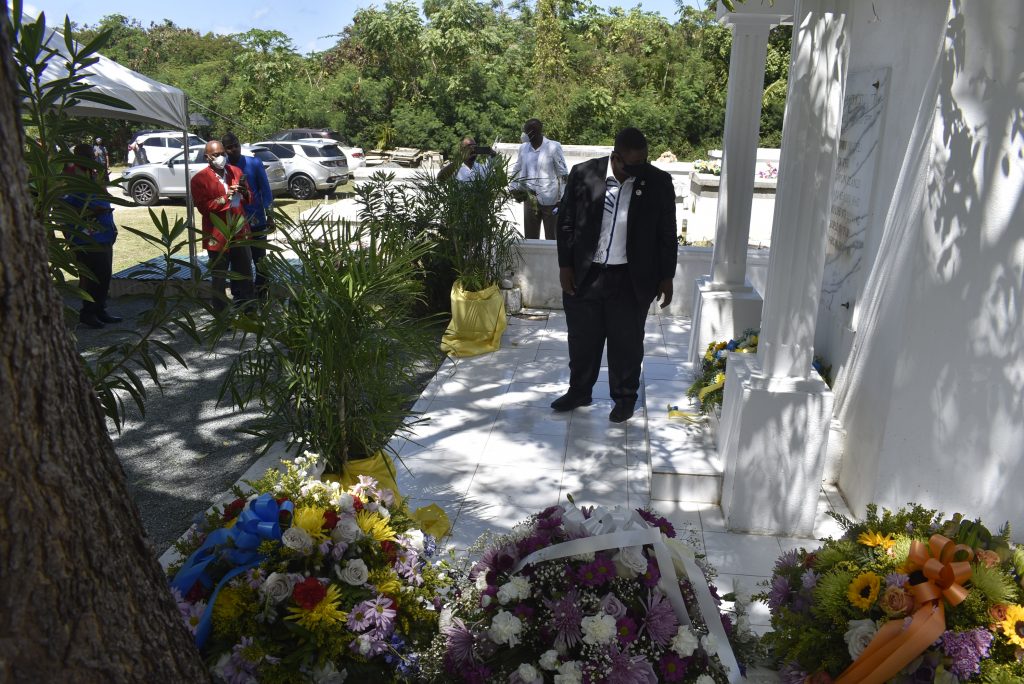 “When he died, the entire country grieved and was hurting, as he died in office,” said ceremony chairperson Bernadine Louis. “He was a visionary leader, a nation builder — someone we trusted and embraced during his leadership. His sudden departure left a void. So annually on the anniversary of his birth, we pause to reflect and give thanks for his contribution.”

Mr. Stoutt was born on March 7, 1929 and would have turned 93 this year. He was a member of the Legislative Council from 1957 until his death in 1995 and served about 17 years as chief minister.

During his tenure, Mr. Stoutt played an important role in establishing the Social Security Board, overseeing the construction of the Central Administration Building, spearheading the development of the community college now named after him, and pioneering the cruise pier, Premier Andrew Fahie said while delivering opening remarks.

“He loved the [VI] with all his heart and with all his mind,” the premier said. “He made sure that each and every day he did something that would improve the quality of life for the people in the Virgin Islands.”

Mr. Fahie recalled a story when Mr. Stoutt excused himself from an important meeting to call a fisherman and ask him to carry fish for an elderly woman.

“In the middle of an international meeting, he remembered his obligation,” he said.

The premier also took a moment to remember Mr. Stoutt’s late wife Hilda, who died last month. He commended her for “leading” Mr. Stoutt and encouraging him throughout the years he was in office.

“He said, ‘Don’t take for granted that 100 percent of you are graduating, because I suspect that you will go on to make a difference not only here, but in the world,’” Dr. Penn said. “I’m a part of that vision, and I am standing on his shoulders today, and I thank God for bringing him into this world so that I could be here to live out my potential.”

After dance and music performances, several wreaths were laid on Mr. Stoutt’s grave.