Shortly before Hurricane Irma hit, charter captain Fiona O’Connor had applied for a trade licence and secured the space for her “farm-to-fork” restaurant, Captain’s Kitchen, in the third floor of …

END_OF_DOCUMENT_TOKEN_TO_BE_REPLACED 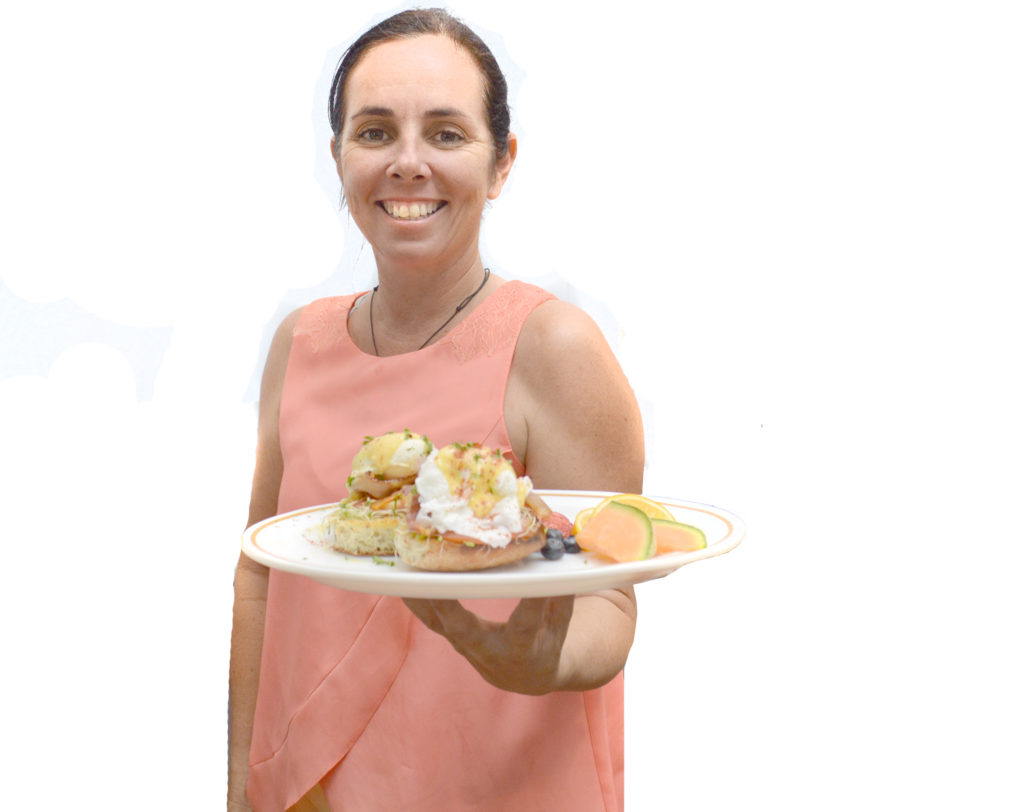 Shortly before Hurricane Irma hit, charter captain Fiona O’Connor had applied for a trade licence and secured the space for her “farm-to-fork” restaurant, Captain’s Kitchen, in the third floor of Hotel Castle Maria. She delayed her plans to open and began using the space as a shelter and kitchen for residents in need. The restaurant is now open for business.

The doors were open because they all blew off. There were people that were coming from all over the streets and coming to Castle Maria; the girls down the road came running up in the eye of the storm. So a lot of people congregated here because it was safe. The place was a mess, but there were a lot of people here. They had basically been put [out] of their homes or their homes had blown away. I had all this food at my house in Slaney, so I went and took all the food out of the freezer there. I had about 60 pieces of fish. I’d already made up soups for that scenario. I brought all the food here, and got it all moved to this area here and we started cooking.

For the next week and a half we just basically cooked for anyone who was here. There was no water, so we took water from the swimming pool. So the place was functioning like a dwelling. I had six people in each room. We had beds out here; the guys who run the place accommodated everyone. And then we started cleaning here and getting it all set up.

I went down to the [Multi-purpose] Sports Complex — myself and a friend — asking for water: “We need drinking water.” A lot of people say, “You didn’t prepare for it.” [But some people] lost everything inside their house. [Emergency supplies were] down the street, up the hills. It was, like, how do you prepare? You should have buried it? So that was the issue and that was something I found very disappointing: that there was no preparation for that, and everyone knows that. I was like, “Well, we need water in this place,” so I tried to get [Hotel Castle Maria] registered as a shelter. [The Department of Disaster Management] gave us some boxes of bottles of water at the beginning, and the rest was basically from people coming down the street and giving us food and staying. I had people coming from down here [in McNamara]; their houses were fine but they were coming up to help in the kitchen. Luckily, I had all my produce in boxes and it was in the corner: Everything was ripped up as far as sinks and doors. Every window was blown out.

After the aftermath, it was so busy. Every morning we were up at like 5. We had 15 people coming to our house over there [in Cane Garden Bay] in the eye of the storm and I was cooking food from their freezer. In the eye of the storm, we made a chicken curry. There was babies. Everyone was pretty distraught. I left there the next morning and came here [to Castle Maria]. Then a few days after the storm, people started going home and going to where they had comfort or families, so I stayed here. And that’s basically it, I had a big barbecue; I had gas; I had other stuff in the place that wasn’t damaged. So we’re just setting up for the bar [at Captain’s Kitchen] as far as our liquor licence. What we’re just getting now is corrugated iron because I want to put little bits of Irma in the bottom of the section of the bar: the little sheets of iron that we found in the dump from houses.

We got to the point where it was a month or so after, where we just started getting everything ready. I had my trade licence and everything. We were doing a lot of stuff out as well, bringing food. I started working at Convoy [of Hope] as soon as they came into town. [They] got [in] contact, saying, “Can you feed this many people?” Convoy had suggested [the] Baughers Bay school. We went down and started off. There were six of us that started in there, and then Convoy put up these two container kitchens and then we moved on from there. So I did that for the next few months. In between, I’d go there at 6 [and] come back here after lunch and then work on the place renovating the mess. I was basically here by myself for the first three months. Everyone from here left after the storm: They were offered different rides home. I stayed and I kept on it with it. People said, “Well, why aren’t you going home?” And I was like, “I have to get this finished.” It was tricky at times. I did two charters after the hurricane. We were one of the first charters that went out in the first couple of weeks. It’s difficult, but we made it happen.

After Irma, some very good friends from Texas, ex-guests based in Puerto Rico, sent a whole boatload of things over, and one of the things that I requested was organic seeds for regrowing. I’ve got over 60 different varieties of seeds that I’ve given to local farmers. A very good friend who had a chicken farm — an organic farm before the hurricane — is rebuilding. So she’s now growing seedlings. All the herbs that we use in the kitchen on a regular basis she’s growing for us.

That’s the thing after Irma: You help other people who help you, so that’s one of the main reasons why I’ve been able to stay here and keep functioning. I’ve had so many people jump in and help and make donations to make it happen. You go through two hurricanes and a couple of floods, It’s like, “Yeah, I’m going to make this work.” And people need to eat food.

Even before the hurricane, there was a lack of fresh produce in this area. Everyone’s starting to grow back now. I’ve got a man delivering some callaloo and different local produce. So it’s all starting to come back. [People] want to set up hydroponics, aquaponics. They want to come back and start doing things for the environment. So that’s the direction it’s going. Solar, too. Everything’s going to change. Back in the day [there was agriculture] and then importing became so much easier. You could never support the whole boating community. You have thousands of people. But the farmers in Carrot Bay and Paraquita Bay support the local community and then occasionally put the herbs into the supermarket. I’ve found that the easiest thing for me is to say, “This is what I need — the parsley, the red peppers — so grow this.”

It’ll come back: The almond trees, even the mangrove trees, the coconuts. There’s things that are definitely growing. There’s no issue with greenery around the place. There’s light at the end of this tunnel.

This story originally appeared in the Feb. 22, 2018 print edition.