Eleven people were registered as British citizens during a March 13 ceremony at Government House. At the event, the residents — who previously had been naturalised as British overseas territories …

END_OF_DOCUMENT_TOKEN_TO_BE_REPLACED 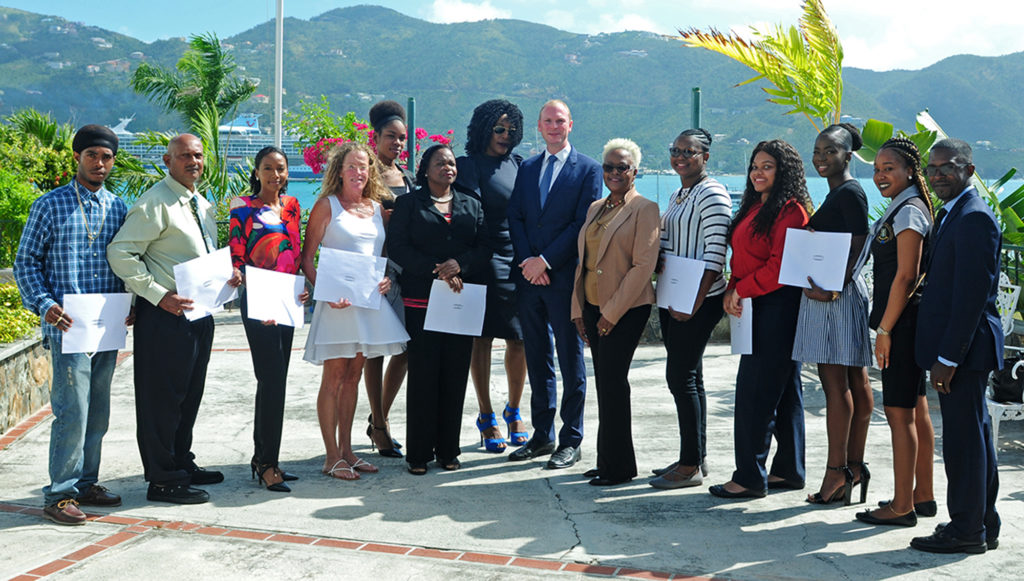 Eleven people were registered as British citizens during a March 13 ceremony at Government House.

At the event, the residents — who previously had been naturalised as British overseas territories citizens — accepted their certificates and recited the Oath of Allegiance to Her Majesty the Queen and the Pledge of Loyalty to the United Kingdom, according to Government Information Services.

Governor Gus Jaspert presided over the ceremony, which was his first since taking office.

“Taking on a new nationality is a matter of great significance for any individual,” he said, adding, “By reaching and obtaining British citizenship, you have exercised the right to enjoy as a British overseas territory citizen under the 2002 legislation.”

The ceremony was chaired by Registrar General Stephanie Benn, who congratulated the 11 and encouraged them to take good care of their certificates.

British citizens have the right to live and work in the UK or any other European Union country. They may also travel to the United States under the visa-waiver programmme for UK citizens.

British citizenship was extended to all BOT citizens as a result of the British Overseas Territories Act of 2002.

Anyone naturalised as a BOT citizen following the enactment of the act on May 21, 2002, does not automatically become a British citizen but is eligible to register as one.

The extension of British citizenship to BOT citizens was part of the UK government’s 1999 White Paper titled “Partnership for Progress and Prosperity,” which outlined the UK’s policy in respect of the overseas territories.