Last Thursday marked the end of 2020, but also the last day of the “transition period” to the start of the United Kingdom’s exit from the European Union. As a …

END_OF_DOCUMENT_TOKEN_TO_BE_REPLACED 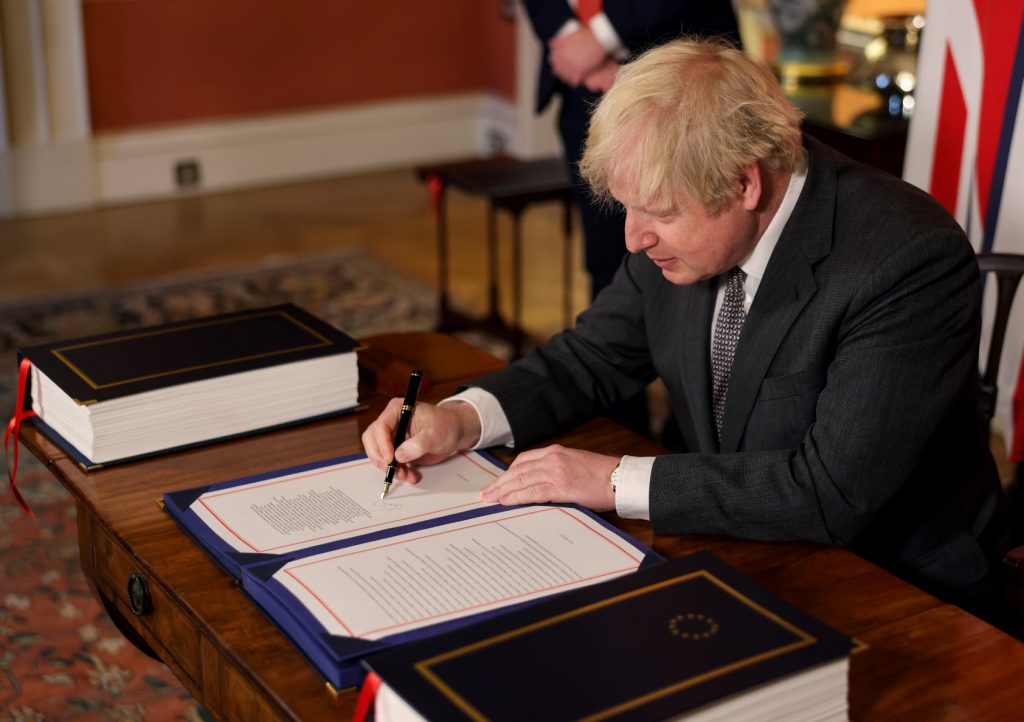 Last Thursday marked the end of 2020, but also the last day of the “transition period” to the start of the United Kingdom’s exit from the European Union. As a result, Virgin Islanders will see some changes to how they work, travel and trade in Europe.

“Many will recall that the people of the United Kingdom voted to leave the European Union in June 2016 by a referendum,” Premier Andrew Fahie said last Thursday in the House of Assembly. “Today after four years of discussions, negotiations and uncertainty, the effects of this vote will begin to be felt.”

The UK officially left the EU on Jan. 30, 2020, but a time period was allowed before the full effects of the withdrawal came into force. Even though the VI and other overseas territories weren’t allowed to vote in the historic 2016 Brexit referendum that only narrowly received enough votes to pass, they too saw their formal EU ties severed.

World leaders spent much of last year negotiating new deals for international trade regulations, with controversial debates about fishing quotas and other issues arising. At the 11th hour of the formal transition period, the leaders came to an agreement last month, narrowly avoiding a no-deal scenario that would have ended with the immediate imposition of expensive import taxes and strict quotas per World Trade Organization rules.

EU member state ambassadors unanimously approved a post-Brexit trade deal between the UK and EU the day before Christmas, meaning they can continue trading without adding more taxes on certain goods. They also agreed to trade rules designed to prevent unfair competition in the global markets.

Mr. Fahie said last Thursday that travel to European member states will be different for British and OT citizens, especially when they are planning to study or conduct business abroad for longer than 90 days.

“Persons should be prepared to answer questions regarding the reasons for their visit and their financial capacity to sustain themselves while in Europe,” Mr. Fahie said. “In this regard, British citizens will now be required to meet the entry requirements set out by each individual country.”

Governor Gus Jaspert said in an interview Tuesday that given the VI’s independent tariff structure and the fact a deal was reached, residents likely won’t see a dramatic change in their daily lives in the territory. But he said leaders here and abroad knew it was important not to overlook the effects on the OTs.

“The UK and I and all the governors and our teams in London as well, including the premier and chief ministers in the territories, have been working hard to make sure that the OT considerations have been part of those negotiations with the EU,” he said.

Mr. Jaspert also confirmed in a press release that as of Friday, British citizen passport holders have to have work permits to work in the EU. But visa-free entry to the EU will continue for both British citizens and British OT citizens who have passports.

“The OTs will continue to trade with the EU on third country terms as they do currently,” according to the press release. “However, OTs will lose tariff-free access, and the EU’s Common External Tariff (CET) will apply from Jan. 1.”

The governor said the VI is responsible for its own tariff schedules, meaning the Brexit transition shouldn’t affect the price of EU goods coming to the territory.

In the interview, he added that the new focus on trade negotiations presents an opportunity for the VI to rethink its approach to working with now-independent UK markets.

Mr. Jaspert also acknowledged that OTs will lose access to funding from the EU, though there is a grace period.

“The European Commission has confirmed that OTs will continue to be able to access a number of [European Development Fund-11] programmes such as the Caribbean Regional Programme and the Thematic Programme until their conclusion in around 2023-2024,” he said.

Craig Brewin, head of research with the UK-based organisation Friends of the British Overseas Territories, said in a statement that it is still “far too early to dissect the full implications of the Brexit agreements” for the territories.

He added that the OTs have the benefit of being explicitly included in the Withdrawal Agreement, making the switch to a post-Brexit world easier. But they weren’t included in the new Trade and Cooperation Agreement, the document regulating free trade and cooperative security arrangements, he said.

The premier said this agreement doesn’t cover financial services, which will be addressed at a later date. But he added that the VI’s trade in services shouldn’t be affected by the new deal.

Regarding EU financial aid, Mr. Brewin said the UK will look for other partners like development banks to help provide support to OTs after the current programmes expire.

“However, given that the UK economy is contracting, and the overall aid budget has been cut, there is a strong possibility that [European Development Fund] funding for the OTs will not be replaced,” he said. “The recession will also reduce future EU aid, so the possible value of future EDF programmes can only be guessed at the moment.”

Mr. Fahie said it was confirmed at a Joint Ministerial Council meeting in November that future EU funding for sustainable development won’t be available to the VI now that the transition period is past.

He added that the territory has taken steps to strengthen its relationship with the United Nations in the meantime, like signing a Memorandum of Understanding in November with UN Assistant Secretary-General Luis Felipe Lopez-Calva to cooperate on sustainable growth through the United Nations Development Programme.

“The world is changing around us and we too must change and adapt,” Mr. Fahie said. “Despite the unfortunate implications of this reality on the Virgin Islands, your government has been proactive in ensuring that we bridge the gaps left by Brexit.”