COVID-19 > Despite vaccinating over 10,000 people, known cases of Covid-19 spiked this week

Despite vaccinating over 10,000 people, known cases of Covid-19 spiked this week

Days after the Virgin Islands crossed a major vaccination threshold in the fight to regain normality in the coronavirus era, the Covid-19 caseload spiked Monday to its highest level in …

END_OF_DOCUMENT_TOKEN_TO_BE_REPLACED 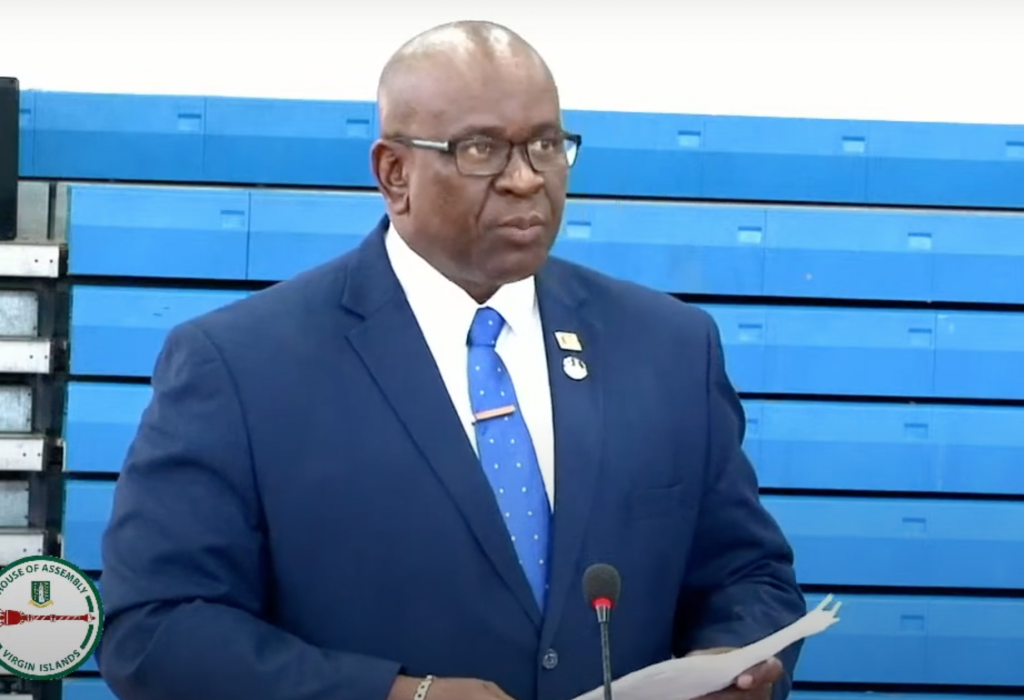 With the territory’s first shipment of vaccine doses soon to expire, Health and Social Development Minister Carvin Malone said last Thursday in the House of Assembly that a decision must soon be made regarding returning unused doses of the Covid-19 vaccine. Days later, known active cases rose to their highest level in months. (Screenshot: HOA)

Days after the Virgin Islands crossed a major vaccination threshold in the fight to regain normality in the coronavirus era, the Covid-19 caseload spiked Monday to its highest level in about eight months.

Between last Thursday and Monday, the number of known active cases rose from two to 24, all of which were asymptomatic, according to a Monday update from the government’s Covid-19 dashboard.

Fifteen of the cases were located on Tortola, five aboard vessels, two on Virgin Gorda, one on Anegada, and one on Jost Van Dyke, according to the update.

By press time yesterday afternoon, health officials had not released any public statements explaining the spike in infections.

Health and Social Development Minister Carvin Malone and Chief Medical Officer Dr. Irad Potter did not respond to interview requests from the Beacon, and Premier Andrew Fahie and Medical Officer Dr. Ronald Georges declined to comment, instead directing this reporter to Dr. Potter and Mr. Malone.

The jump in cases comes after Mr. Malone announced last Thursday during a meeting of the House of Assembly that 10,000 residents had received at least one shot of the AstraZeneca vaccine.

Though the territory is getting closer to its initial goal of vaccinating at least 17,000 residents, interest appears to have waned, as vaccination centres, including St. William’s Catholic Church in Road Town, have for weeks been empty of the long queues seen early in the vaccination drive.

Though Mr. Malone celebrated the 10,000 benchmark, he indicated that the government won’t let up on its effort to educate residents about the vaccine and encourage them to take it.

“Following the science has kept us reasonably safe and offers us the best hope of social and economic recovery once we achieve herd immunity through widespread vaccination,” he said.

In case government is unable to administer all the doses before then, VI health officials, the United Kingdom Foreign, Commonwealth and Development Office, and other Caribbean leaders are working to draft a plan to either return the vaccines to the UK or distribute them throughout the region, Mr. Malone said last Thursday.

The territory crossed the 10,000 vaccination mark just as the Pan American Health Organisation’s Vaccination Week in the Americas came to a close.

Conceived in the aftermath of a measles outbreak in the Andean region of South America in 2002, VWA serves as a way for health officials throughout the Americas and Caribbean to find solutions for preventing future outbreaks from occurring, Mr. Malone stated last Thursday.

“The global observance and participation allows people from various countries to travel safely between regions and safely return to their homelands,” he stated.

Although Covid-19 and the vaccines that prevent the spread of the disease are foremost on many minds right now, Mr. Malone reminded the public that the production and dissemination of vaccines also have helped quell the threat in the region posed by other illnesses such as measles, polio, diphtheria, chicken pox, rubella and mumps.