The BVI Football Association plans to host a football Festival Style at its national stadium in East End / Long Look from Aug. 1-4. The Men’s Festival Cup kicks off …

END_OF_DOCUMENT_TOKEN_TO_BE_REPLACED 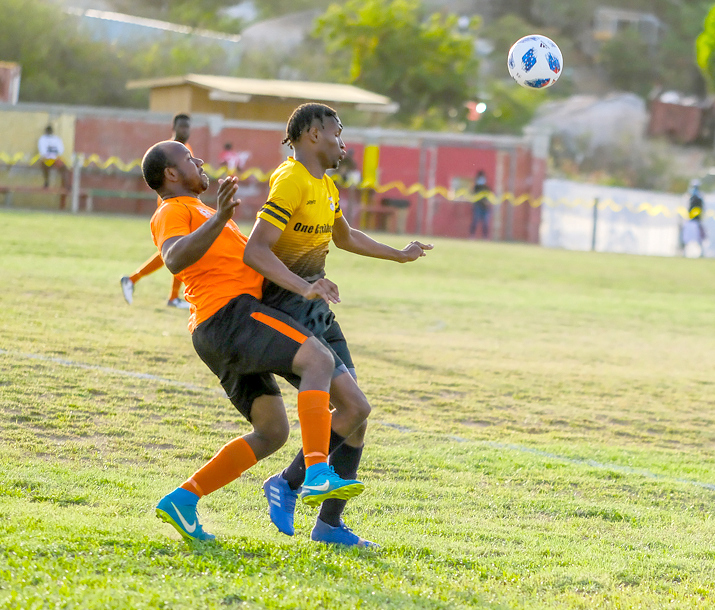 The BVI Football Association plans to host a football Festival Style at its national stadium in East End / Long Look from Aug. 1-4.

The Men’s Festival Cup kicks off on Saturday with the Women’s Festival Cup scheduled for Sunday. Head coach Wayne Phillips and Anna French are hoping to revitalise and showcase women’s football in the territory.

“The goal of the event is to revitalise and showcase womens football within the BVI; identify and recruit talented players for the national program, and boost excitement for the upcoming women’s club competition,” Ms. French said.

The Women’s Festival Cup will be run as a one-day round-robin-style five-a-side tournament featuring four teams that will be drafted by national coaches on the morning of the event. Check-in and warmups will begin at 11:30 a.m. with the first matches kicking off at 1 p.m. The round-robin games of 20 minutes (10 minutes each half) will be played throughout the day and the final match is at 3:30 p.m.

Players of all skill levels are encouraged to attend and participate. Supporters are welcomed, but social distancing measures will be enforced.

“One of the BVIFA’s strategic plans is develop and promote women’s football in the territory and get the clubs more actively involved,” said Lorrelle Walters-Abrams, BVIFA executive member who is responsible for women’s football. “The importance of women’s football is not only recognisable, but it can also bring positive change and impact the territory. Knowing we are a small country in comparison to our Caribbean neighbours, it is important to our wellbeing both physically and mentally. With the support of the BVIFA executive body and technical staff along with strong leadership of Technical Director Dan Neville — we will achieve our goals.”

“We are all really looking forward to Aug. 2 when we host the Women’s Festival Cup,” said Mr. Neville. “I’m delighted with the growth of the women’s programme over the last 12 months. Wayne and Anna have grown the numbers week on week and Lorrelle has played a key part in the programme in terms of energy and ideas.”

Mr. Neville added that the BVIFA are also in advanced preparations and talks with the national league clubs to get a Women’s National League started in September.

There is also a Men’s Festival Cup over the August Emancipation Festival weekend with games scheduled in East End as well as Virgin Gorda.

In the first round, the Wolues will face Lion Heart at the national stadium in East End and on Virgin Gorda the Panthers will face the Rebels at 6 p.m. and the Islanders will take on the Sugar Boys at 8 p.m.

Nat’l football league gets under way

The BVI National Football League resumed on Sunday with the Sugar Boys treating their home fans to a 5-2 victory over One Caribbean and closing the gap on the top two in the standings.

The game got off to a fast start with a half time score of 4-2 in favour of the Sugar Boys.

Herman Gonzalez, Terrance Nanton and Romaine Henry all scored for the Sugar Boys.

Mr. Gonzalez rounded out the scoring and completed his hat trick in the second half to secure all three points for his team, who moved up to third place in the standings with 20 points.

The Islanders cemented themselves atop the leaderboard with 25 points after a 2-0 victory against Virgin Gorda United. Kevin Fisher-Daniel scored once in each half.

Meanwhile, the Panthers slipped down a spot as they conceded a late winner to the Wolues in a 1-2 defeat.

Wayne Phillip put the Panthers ahead in the 48th minute, however, Ian Chambers tied the game four minutes later.

Ultimately, Daniel Griffin scored late in the game for the Panthers to stay in second place with 22 points.

This weekend the league will take a break for the BVIFA’s women’s and men’s Festival Cup tournaments.