Crime > US captain cleared of illegal fishing, but still faces other charges

US captain cleared of illegal fishing, but still faces other charges

On June 8, United States fisherman Michael Foy was detained off the southern tip of Norman Island, and the next day he was charged with illegal entry, entering the territory …

END_OF_DOCUMENT_TOKEN_TO_BE_REPLACED 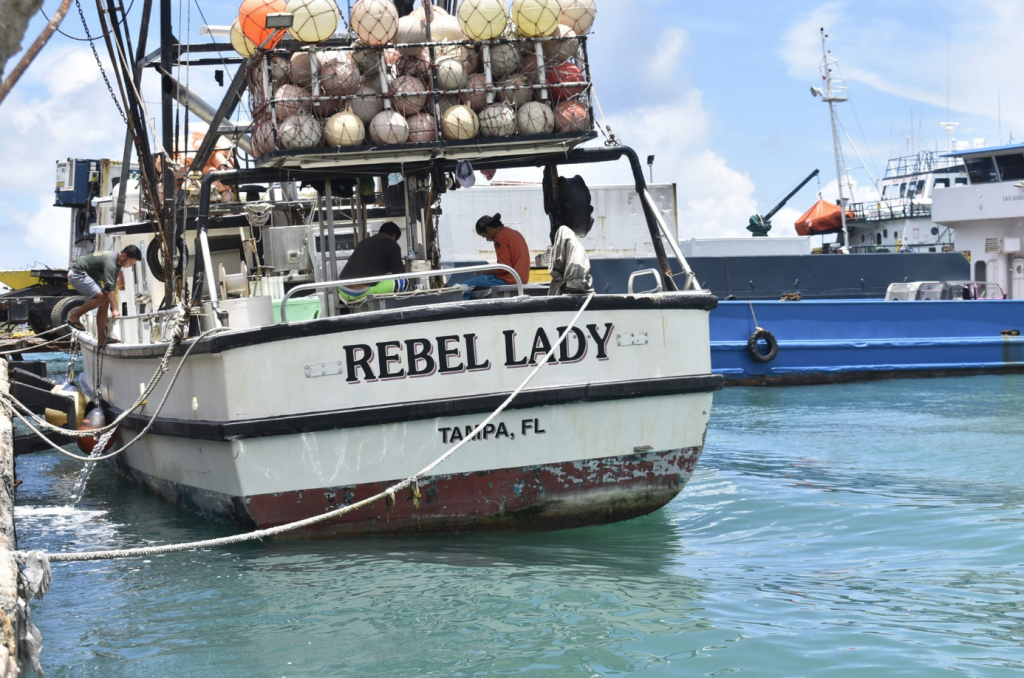 On June 8, United States fisherman Michael Foy was detained off the southern tip of Norman Island, and the next day he was charged with illegal entry, entering the territory at a place other than a customs port, and operating an unlicensed or unregulated fishing vessel.

But on Friday, Magistrate Christilyn Benjamin tossed out the fishing charge, ruling that the prosecution did not have strong enough evidence to prove that Mr. Foy and his crew were actively fishing at the time of his detainment.

“I do find that there is some evidence,” Ms. Benjamin said. “However, it is this court’s considered view that this evidence, when taken at its highest, is so weak and tenuous that no tribunal of fact properly directed could safely convict on this complaint.”

The magistrate allowed the trial to continue on the two other charges, though she also ruled that the defence, led by attorney Patrick Thompson, will be allowed to call additional witnesses when the proceeding resumes on Oct. 27.

For the fishing charge, Crown Counsel Kael London’s argument  rested on testimony last week from Abby Christopher, assistant fisheries officer in the Department of Fisheries and Agriculture, who described a photograph of Mr. Foy’s boat sent to her the day of his detainment. Asked to describe the pictured vessel, she said it was a longline fishing vessel with the name Rebel Lady emblazoned on the backside, and gears “that were unstowed.”

However, when later asked by Mr. London if she was aware that the vessel was engaged in fishing, she said that she suspected as much.

“In my professional opinion, … the vessel would have been a fishing vessel engaged in fishing activity because the gears were unstowed,” Ms. Christopher said.

However, the photograph was never tendered into evidence, and the court was not told when or by whom it was taken, Ms. Benjamin said.

“As a matter of fact, the prosecution has closed its case and the court has no idea what this vessel even looks like,” she said.

With no photographic evidence, there was nothing for Mr. Thompson to challenge, Ms. Benjamin said.

The magistrate added that none of the witnesses called by the prosecution could confirm that the Rebel Lady was actively fishing when approached by the patrol boat, and that the prosecution did not provide any evidence that the species of fish on the boat — which included tuna, wahoo and swordfish — can be found in the area where it was detained.

As for the charge of illegal entry, Ms. Benjamin said, “The court is advised that a tribunal of fact properly directed could convict” Mr. Foy of this crime, and so there is “a case for this defence to answer for.”

During the trial on Monday and Tuesday of last week, Mr. Thompson had argued that his client was not guilty of illegal entry due to a provision in the Immigration and Passport Act that he said requires someone to set foot on land for them to have “landed” in the territory.

But in her ruling, Ms. Benjamin pointed to another section of the law that she said could support Mr. London’s contention that Mr. Foy is guilty of the charge because he had no authorisation from an immigration officer to enter the territory.

She added, “It is my considered view that ‘territory’ here is the territorial land and territorial sea … of the Virgin Islands. One cannot be divorced from the other.”

Similarly, Ms. Benjamin ruled that Mr. Thompson also will have to further defend his client against the charge of arriving at a place other than a customs port.

Mr. Thompson had previously argued that Mr. Foy was protected under a provision in the law that allows someone to enter the territory if they are endangered as a result of an “unavoidable cause.”

On Friday, however, Ms. Benjamin cited a ruling from a previous case that she said states that this provision only applies if the distress is caused by something out of the individual’s control. ‘“Whether the party justifies the act upon plea of distress, it must not be a distress that he created himself by putting onboard an insufficient quantity of water or of provisions for such a voyage,’” Ms. Benjamin read.

Because Mr. Foy set out from Puerto Rico on May 29, well into the coronavirus outbreak, and was aware of the obstacles the pandemic might have presented, he therefore cannot use it as an unavoidable cause, she said.

“It is my considered view …that he made a conscious decision and took the risk,” the magistrate said.