Governor Gus Jaspert delivered his first Speech from the Throne Thursday, outlining nearly 40 pieces of legislation government lawmakers hope to pass this session. Though the governor delivers the address, …

END_OF_DOCUMENT_TOKEN_TO_BE_REPLACED 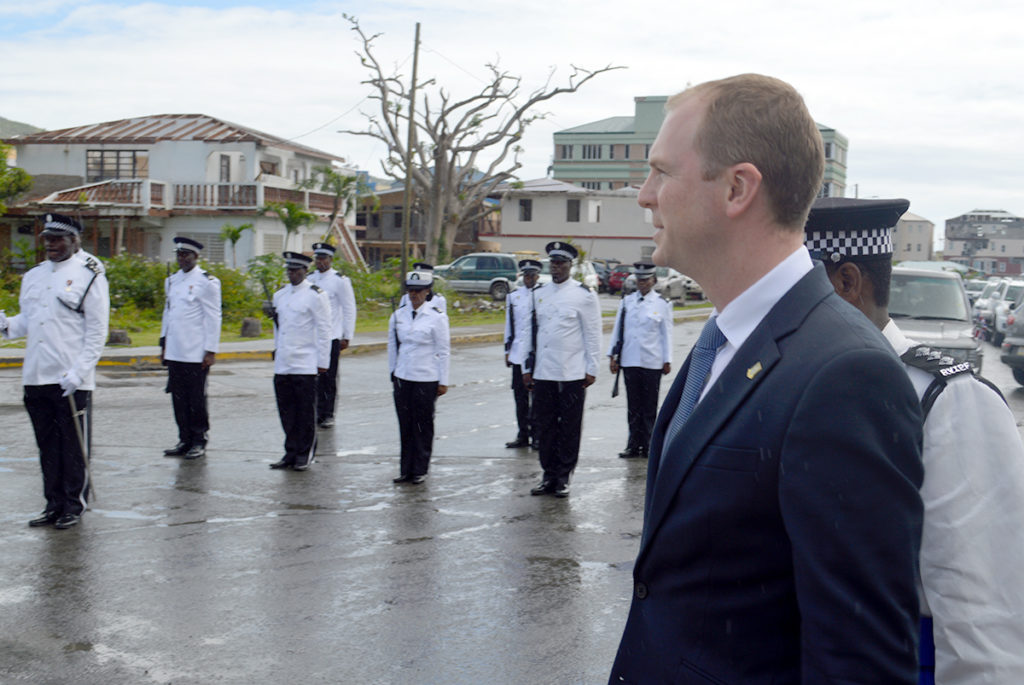 Governor Gus Jaspert reviews police officers in front of the House of Assembly chambers on Thursday before his first Speech from the Throne. Photo: CONOR KING DEVITT

Though the governor delivers the address, elected government members are the ones who lay out the agenda — giving Mr. Jaspert’s words a familiar tone despite his relative newness to the governorship.

His speech touched on several pledges — including bills requiring freedom of information, data protection, a Human Rights Commission and consumer protection — that have not come to fruition despite consistent promises from legislators and former governors in the last decade.

This year, however, the governor also interwove the ongoing recovery effort into the House of Assembly’s legislative aspirations.

Some of the lawmakers’ goals seem closely tied to the territory’s post-storm reality, including establishing a Recovery and Development Agency, amending building codes, and introducing new planning regulations.

Others, like those mentioned above, echo unfulfilled promises from Throne speeches in years past, including introducing the Disaster Management Bill; the Environmental Management, Biodiversity Conservation and Climate Change Adaptation Bill; and Ecclesiastical Regulations.

“In conclusion, our government recognises that it is important to bring legislation in line with our current and 21st Century realities,” Mr. Jaspert said.