Incinerator still down from fire

Almost two months after a major fire broke out at the Pockwood Pond incinerator, no repairs have been made to the system and trash is being landfilled on the nearby …

END_OF_DOCUMENT_TOKEN_TO_BE_REPLACED 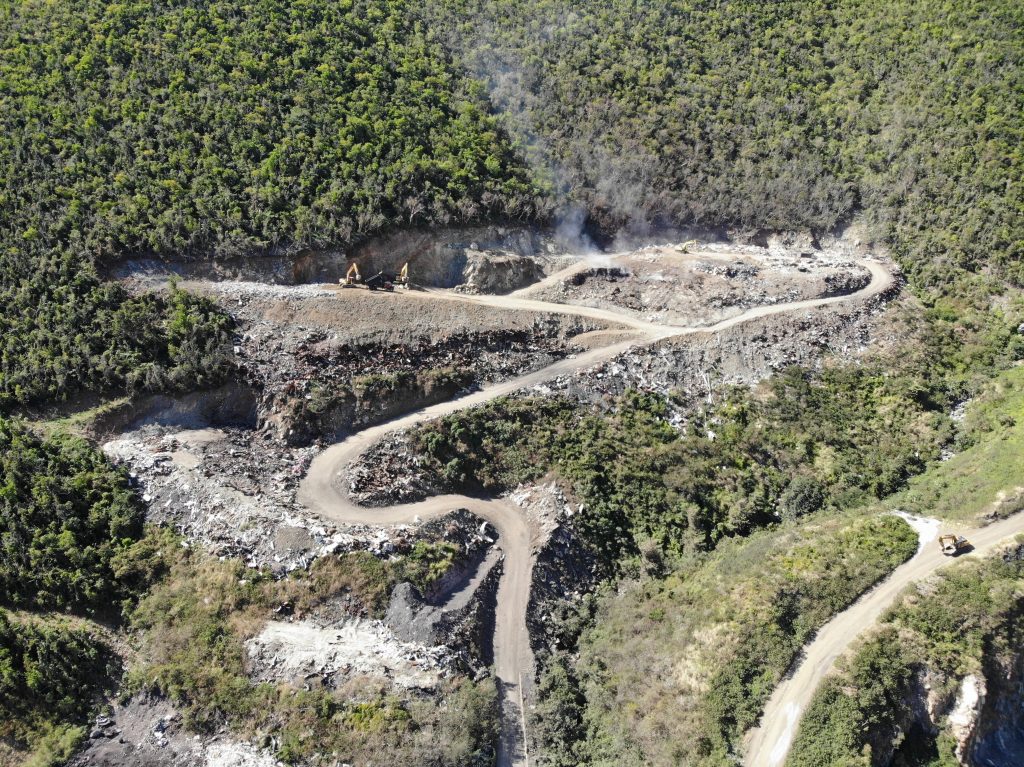 Because the incinerator in Pockwood Pond has been down since it was damaged in a fire in November, trash is being landfilled on the nearby hillside. (Photo: FREEMAN ROGERS)

Almost two months after a major fire broke out at the Pockwood Pond incinerator, no repairs have been made to the system and trash is being landfilled on the nearby mountainside.

The incinerator’s main control panel needs to be replaced, which likely will cost around $135,000 to $140,000, according to Anslem Myers, assistant manager at the Department of Waste Management.

But as of Tuesday, the Ministry of Health and Social Development had not officially given the Virginia-based supplier Consutech Systems LLC the go-ahead to start putting together the new panel, Mr. Myers said.

The assistant manager estimated that once a contract or formal paperwork is completed, it could take another three to four weeks for the panel to be assembled and at least two weeks to be shipped here.

At a minimum, it could therefore take six to eight weeks for the panel to arrive in the territory, Mr. Myers said.

Health and Social Development Minister Marlon Penn and HSD Permanent Secretary Petrona Davies could not be reached for comment.

Though Consutech likely will be enlisted to create the new control panel, the company has not fulfilled another outstanding agreement it made with the VI government: to provide a pollution-control scrubber for the incinerator.

Without a scrubber, incinerator exhaust could contain elevated levels of chemicals including dioxins, a type of highly toxic pollutant that can cause reproductive and developmental problems.

Government signed a roughly $1 million contract with Consutech in 2015 to manufacture the device, and has already sent some $500,000 to the company in the form of a deposit and other payments.

But as of last September, officials still could not say exactly when the scrubber — which has been promised for more than a decade — will be completed or brought to the territory.

“It’s taken a lot longer than any of us expected,” Ms. Davies admitted during a community meeting that month, citing issues that Consutech has had in the manufacturing process. “It’s frustrating and it’s embarrassing.”

DWM Manager Greg Massicote also assured residents at the time that the scrubber would be a priority, but he could not provide concrete information about its arrival date.

“The designs are completed. The process [of constructing it] started,” he said. “I can’t tell you whether it’s 50 percent, 75 percent, or 100 percent [finished]. But it’s time to revisit it again.”

Mr. Massicote did not respond to a request for comment about the scrubber this week.

Until the incinerator comes back online — with or without the scrubber — information about the repairs or where residents can take their garbage has been scarce.

The last public announcement that government issued about the Nov. 26 fire was on Nov. 28, when Mr. Penn advised residents to “use the dumpsite on the hill above the incinerator, where incoming waste will be landfilled” until the incinerator is repaired.

Mr. Myers advised this week that residents should continue to bring trash to the compound in Pockwood Pond, where waste will then be transferred up to the landfill.

But with the increased amount of trash of varying types being landfilled in one area, the likelihood of a fire goes up. Mr. Myers admitted that over the holidays a fire broke out at the site, though he said employees were quick to get it under control.

“There are a lot of hot spots there as you know,” he said. “We’re trying our best to put things in place to minimise the possibility of that happening.”

And while he remains concerned about the possibility of more fires starting, the department currently has few options until the incinerator is repaired, Mr. Myers said.

“Well of course we will be [wary of fire] — but we don’t have any choice,” he said. “The garbage has to go somewhere. There’s nothing we can do. Our hands are tied.”