Boaters can now travel directly between Nanny Cay and Jost Van Dyke in a “marine corridor” through the exclusion zone that was established last June. A new, amended curfew order …

END_OF_DOCUMENT_TOKEN_TO_BE_REPLACED 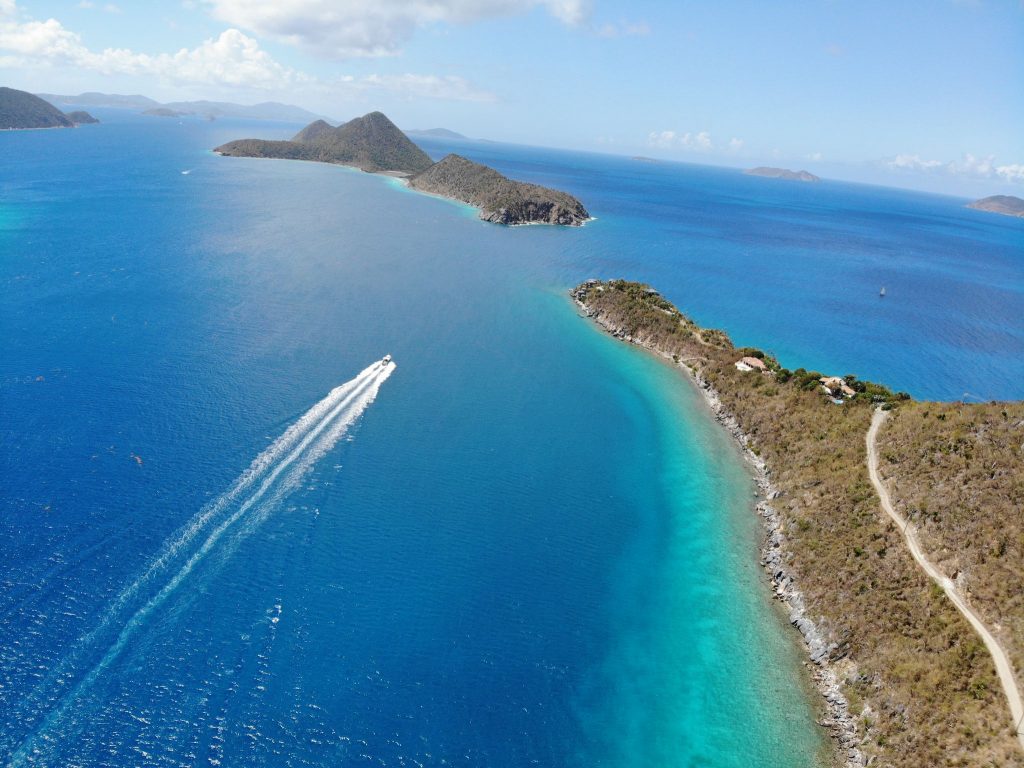 A new “marine corridor” relaxes travel restrictions and will allow boats to travel more easily between Jost Van Dyke and Tortola. Above, a vessel heads toward JVD to the south of Tortola’s Steele Point last month. (File Photo: FREEMAN ROGERS)

Boaters can now travel directly between Nanny Cay and Jost Van Dyke in a “marine corridor” through the exclusion zone that was established last June.

A new, amended curfew order announced on Monday allows vessels to pass along the southern coastline of Tortola and between Frenchmans Cay and Steele Point.

“A person who operates a vessel is permitted to operate the vessel within territorial waters between the hours of 5:01 a.m. to 10 p.m. daily; and within navigational limits to define the northern and southern boundaries of the BVI exclusive zone, including a marine corridor for transit to Jost Van Dyke from Nanny Cay along the southern coastline around Frenchmans Cay and around the point onto Steele Point,” the curfew order states.

The amendment, which came after months of pushback from the marine community, doesn’t clearly state coordinates or the distance from shore that boats are allowed to travel.

“I think a lot more people would feel more comfortable with it if it was defined,” said BVI Marine Association Vice President Andrew Ball.

The exclusion zone was established following the onset of the pandemic to control marine traffic along the borders.

Then-Governor Gus Jaspert announced the restrictions on June 3, when he also unveiled other curfew measures for the territory.

“The movement of vessels within the territorial waters will be allowed, except in waters that are classified as an exclusion zone,” he said. “This exclusion zone is necessary to ensure that our law enforcement and security agencies can effectively monitor and control our key marine borders to ensure that there is no unauthorised entry which could bring the risk of the virus in.”

Travelling through the zone, he added, required pre-clearance from the “Multi-Agency Operational Command.”

The restriction, he said, did not apply to licensed fishermen and pre-approved cargo vessels, but he said that other “boaters that enter the exclusion zone without prior permission will be in violation of Curfew (No. 21) Order, 2020 and can be penalised.”

Shortly thereafter, a diagram mapping out the exclusion zone was published.

No change was made to the zone for more than nine months.