As of Wednesday, March 17, 6,511 people in the Virgin Islands had been vaccinated against Covid-19, and health officials hope to see that numbergetgrow steadily following the scheduled arrival of …

END_OF_DOCUMENT_TOKEN_TO_BE_REPLACED 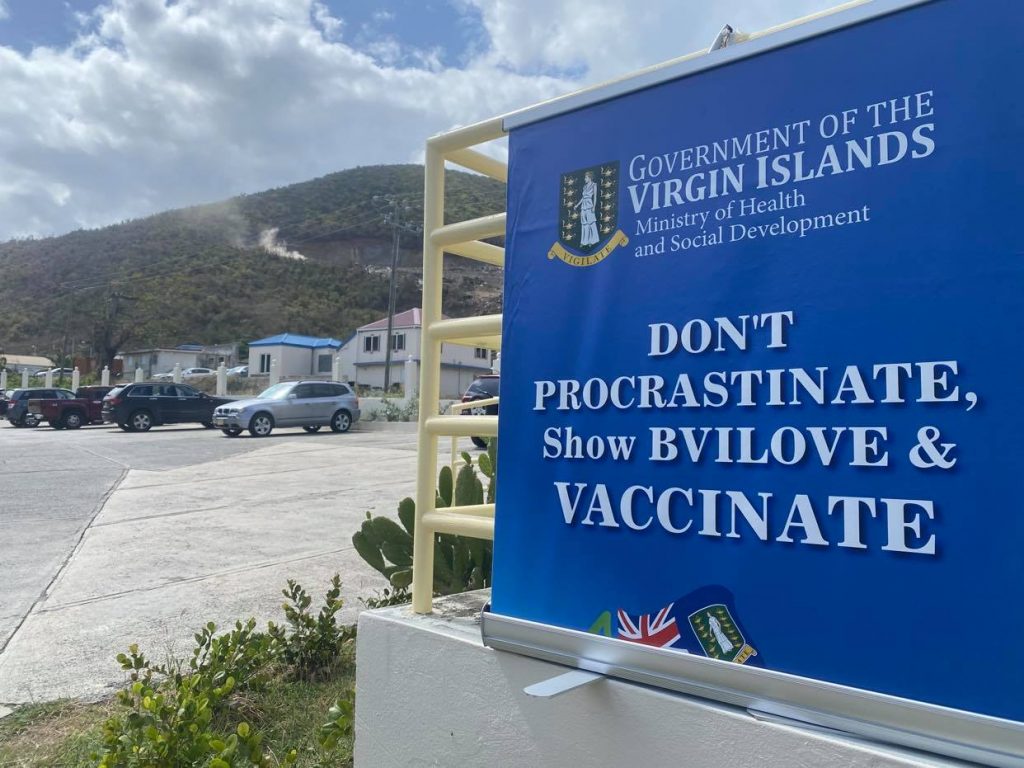 As of Wednesday, March 17, 6,511 people in the Virgin Islands had been vaccinated against Covid-19, and health officials hope to see that numbergetgrow steadily following the scheduled arrival of 12,000 additional doses of vaccine yesterday evening and another 12,000 “pencilled in” for March 31, Health and Social Development Minister Carvin Malone told the House of Assembly on March 10.

If the rollout is successful, he suggested that some safety protocols could be dropped as soon as Easter. The territory reported zero active Covid-19 cases as of this week.

The total leaves just over 20 percent of the population covered, according to the minister. With the arrival of latest dose shipment, Mr. Malone said he plans to begin an advertising campaign stressing “that if you desire the economy to be opened up quicker, sooner rather than later … at the end of the day, this is what we have to do.”

In order to ease entry protocols and get the tourism economy moving again, he added, 21,000 to 28,000 people must be vaccinated.

“We would like on Easter to just open it up, drop the protocols,” he said. “Let’s have a party. We have to be able to say, ‘Get this done.’”

In his March 10 statement, Mr. Malone also announced that due to research published earlier this month, health officials are now recommending patients wait 12 weeks between doses of the AstraZeneca vaccine, instead of the previously stated six weeks.

Additionally, in people under 55, the difference between 12 and six weeks more than doubled the level of antibody response.

“Given that the 12-week interval is clearly superior, … this is the preferred dosing interval advisable by the medical experts
and the chief medical officer,” Mr. Malone said in the HOA.

Therefore, those whose vaccination cards had them scheduled for a date six weeks out should add an additional six weeks to the date, he explained.

He added that patients will be contacted by the BVI Health Services Authority with a new appointment date and shouldn’t need to take any action.

“From a legal and ethical standpoint … it is our hope that persons will follow this new regime, and if they are being advised otherwise or choosing a smaller dosing interval, should do so with full information of the disadvantages,” he said. “It’s not that it cannot be done, but it’s not the most efficient.”

Though they were flown in on Feb. 4 compliments of the United Kingdom, vaccinations didn’t start until Feb. 11, when five HOA members, including Mr. Malone, were among the first 33 recipients of the vaccine.

According to the minister, a phased rollout followed, beginning with health care and frontline workers. They were followed by two more phases focusing on the elderly on Feb. 15 and essential workers on Feb. 21, he said.

However, most, if not all, of the vaccine sites took walk-in patients during at least part of that time, and information spread largely by word of mouth.

“Admittedly, the planned rollout of the vaccination programme did not materialise exactly as we had envisioned,” Mr. Malone said last week. “However, we continue to progress this important initiative.”

On March 3, the rollout hit a snag after the second shipment was delayed, but it resumed five days later following a shipment of 2,000 doses from Dominica.

Yesterday, the private sector was scheduled to be brought on board through a memorandum of understanding requiring private health care providers to vaccinate with no administrative or product costs to patients or the National Health Insurance, officials said.

Meanwhile, the minister said Tuesday, government has been looking to outside sources to combat the virus and enhance vaccination and treatment capability.

“We have been granted, and you’ll be hearing more, in terms of gift from a particular resident amongst us who has contributed over $125,000 worth of laboratory equipment, supplies and personnel to train our people so that we can then have additional capacities in order to get this done,” he said on the “Let’s Talk” programme.

Other anonymous donors have pledged to come forward as well, he added.

In his March 10 statement, Mr. Malone emphasised the high efficacy of the doses — 76 percent in the short term — and the fact that they have led to a decrease in hospitalisation in the UK of over 80 percent, even with only one third of the population vaccinated.

“Vaccination is our most effective weapon against Covid and the most important means of returning our territory to normality and reclaiming our lives and livelihood from Covid,” the minister said.

Going forward, he added, the first hour of vaccine administration at each site will be reserved for health care and frontline workers; the elderly and those with chronic disease; essential workers; and disabled people.

“We now have the database and all the registries in place but we must ensure … that those persons who are registered be given an opportunity to have preference over persons walking in,” he said, still urging all those interested to register on http://ministryofhealth.gov.vg/vaccines/vaccine-registration/.

Also on March 10, in response to a question from Opposition Leader Marlon Penn in HOA, Mr. Malone confirmed that frontline health care workers had received a stipend funded by a one-off payment of $113,000 approved by the board of directors of the BVI Health Services Authority.

However, Mr. Penn demanded further clarification of who exactly received the funds.

“Am I to understand that the lab technicians and all the frontline workers who work overtime are … being paid overtime at the Health Services Authority, or this is part of their regular duties during the Covid era?” he asked.

The minister countered, “I can’t say exactly all of who was approved and the conditions under which it was approved.” He added that he could not say whether all workers who deserved stipends would receive them.

“We have a lot of work to do in terms of rewarding or giving incentives to the hard work in statutory bodies, government agencies and private individuals who have worked hard and long in getting this done,” Mr. Malone said.

Pressed about whether the frontline health care workers have received the promised stipends, the minister suggested that Mr. Penn should offer more specific definitions of who he considered to be a frontline worker.

“Because I will tell you, the entire organisation down there,
they worked,” he said, adding, “But I’m trying to best answer the questions as posed, but if we want specifics of it, then the answer is yes.”