When then-Governor Gus Jaspert announced the commission of inquiry into possible corruption in the territory last month, he spoke about a longstanding need for legislative reforms designed to ensure good …

END_OF_DOCUMENT_TOKEN_TO_BE_REPLACED 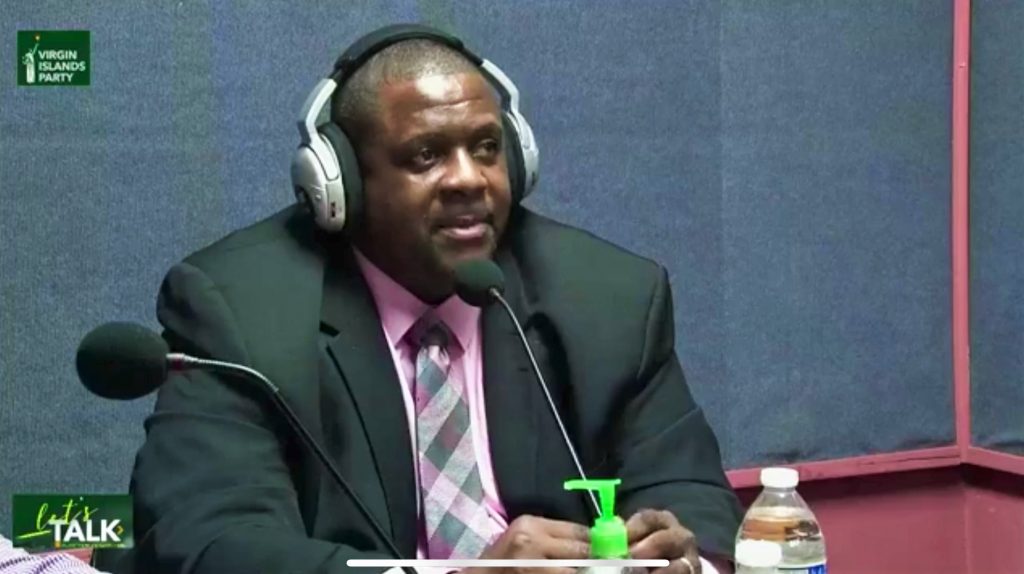 When then-Governor Gus Jaspert announced the commission of inquiry into possible corruption in the territory last month, he spoke about a longstanding need for legislative reforms designed to ensure good governance.

Now, following a busy year focused on the Covid-19 pandemic, Premier Andrew Fahie is promising that his government will move ahead with such reforms in keeping with the pledges he made leading up to the 2019 election.

“This coming year, the legislative agenda for this government is going to be extremely busy,” he said.

As part of that agenda, Mr. Fahie has promised to deliver reforms like integrity-in-public-life legislation, contract regulations, and whistleblower protections.

All of these items will be up for debate during the HOA’s next sitting, Mr. Fahie said during an episode of the “Let’s Talk” radio show broadcast on Facebook last week by his Virgin Islands Party.

Cabinet is already forging ahead on at least one of the promised reforms.

On Feb. 3, it considered the Whistleblower Act, 2021 during its first meeting with new Governor John Rankin, according to a Cabinet summary Gazetted on Feb. 18.

The bill would aim to protect individuals who wish to act in the public interest by disclosing evidence of corrupt practices. It would also offer monetary incentives for whistleblowers and give them “protection against victimisation.”

Cabinet agreed on Feb. 3 that the bill should be sent to the Attorney General’s Chambers for vetting before being resubmitted to Cabinet for approval and then being introduced in the House of Assembly.

The soonest it could come to the HOA would be a sitting scheduled for March 4.

This bill and Mr. Fahie’s renewed promises to tackle governance reforms come on the heels of the commission of inquiry’s launch on Jan. 22.

When he announced the probe, Mr. Jaspert noted successive governments’ failure to implement reforms recommended by the auditor general and other watchdog agencies.

“I have been considering for some time how best to respond with colleagues in our institutions responsible for good governance,” Mr. Jaspert said. “We have taken action to bolster the security of the territory, including with support from the UK. We have also pushed for legislative reform, which has faced what I can only conclude are deliberate delays.”

He also outlined some of the reasons he believes such reform is needed.

“There are wide concerns over the possible mismanagement of some public projects,” Mr. Jaspert said. “Successive audit reports have set out practices of political interference, inflated pricing and conflicts of interest. These may have cost the public purse millions of dollars in recent years, with no sign of improvement.”

Also during its Feb. 3 meeting, Cabinet pushed forward various criminal legislation, much of which is designed in part to help the territory meet its international obligations.

The Cabinet, for instance, reviewed the Criminal Code (Amendment) Act, 2021, a bill that would “criminalise tax crimes as a predicate offence for money laundering” per a recommendation by the Financial Action Task Force, and decided the bill should be introduced in the HOA at its next “convenient sitting,” according to the Cabinet summary.

Cabinet also decided the HOA should soon consider the Criminal Justice (International Cooperation) (Amendment) Act, 2021, which aims to fix an unspecified “erroneous amendment” made in 2013.

Also at its next “convenient sitting,” Cabinet decided, the House should consider the proposed Customs Management and Duties (Amendment) Act, which concerns monetary declarations.

The Cabinet also approved the Proliferation Financing (Prohibition) Act, 2021, which would replace a 2009 act, for introduction to the HOA. Proliferation financing deals with the funding of nuclear, chemical or biological weapons.

Government also plans to bring the Counter-Terrorism Act, 2021 for a first reading. The bill would create domestic law to combat terrorist financing according to FATF standards, the Cabinet summary stated.

Also coming to HOA soon is the Drug Trafficking Offences (Amendment) Act, according to the summary.

During the radio broadcast last week, Mr. Fahie said other pending legislative items may include extending the stamp duty waiver for land purchases; eliminating the customs duty for renewable energy products and hybrid cars; and passing legislation to allow people who generate renewable energy to sell back into the power grid. “These are not things we’re saying are ‘pie in the sky,’” he said.

“These are things we’re working on, along with a lot of other legislation, that you’ll be hearing about very shortly.”