When the commission of inquiry was announced in January, Premier Andrew Fahie said he supported the probe but sought full transparency, including the live broadcast of hearings. But Sir Gary …

END_OF_DOCUMENT_TOKEN_TO_BE_REPLACED 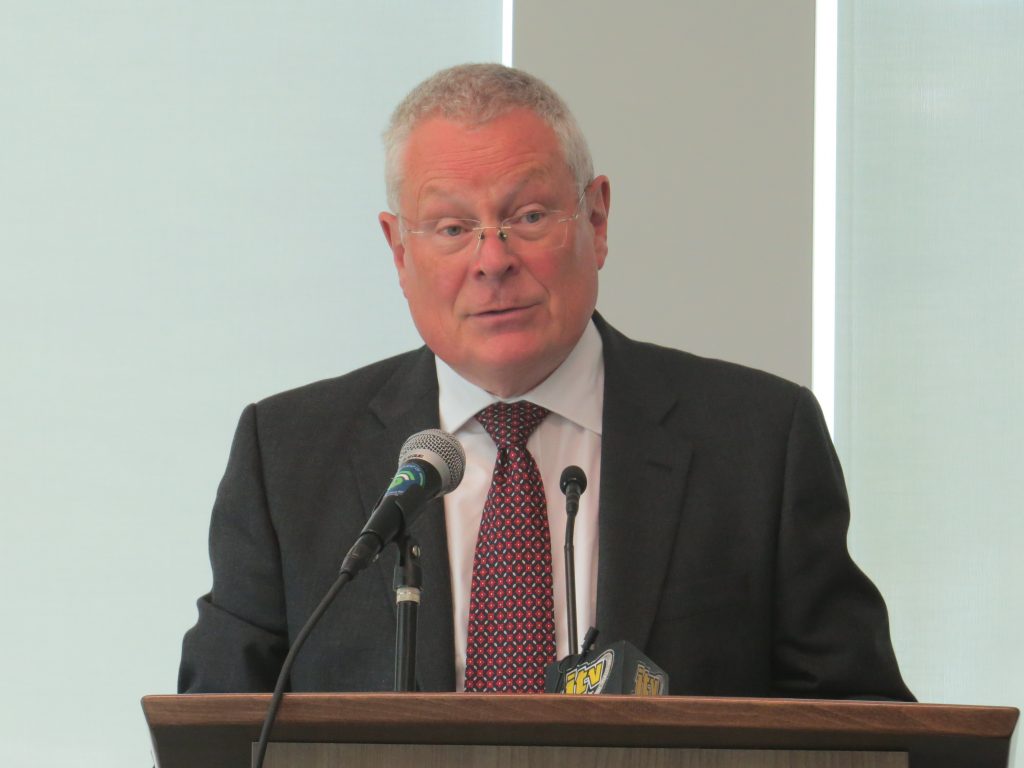 After the commission of inquiry was announced in January, Premier Andrew Fahie said the body’s hearings should be broadcast live. However, in the official procedural rules published on Tuesday, the commissioner, above, made clear that parts of the proceedings can be held privately. (File photo: DANA KAMPA)

When the commission of inquiry was announced in January, Premier Andrew Fahie said he supported the probe but sought full transparency, including the live broadcast of hearings.

But Sir Gary Hickinbottom, the commissioner from the United Kingdom leading the investigation, this week laid out his official rules for the hearings, specifically noting that he can determine on a case-by-case basis if certain segments of the proceedings may be closed to the press and wider public.

Commission Secretary Steven Chandler explained in a Tuesday statement that the “COI rules” published this week guide how the body deals with evidence, and other provisions address legal representation and witnesses’ expenses.

The rules, for instance, allow hearings to take place in person or via digital communications.

“Given the pandemic, it is important that the COI is able to work as flexibly as possible,” Mr. Chandler wrote.

Under the Commissions of Inquiry Act 1880, Sir Gary has broad powers to determine how best to carry out the investigation.

The investigative team, which returned from the UK on April 1, previously predicted that it would begin holding hearings in late April and early May.

It is seeking evidence of any corruption, abuse of office, or serious dishonesty among government officials.

The new rules also say the team is probing what “conditions” allowed any such offences to occur and “whether they may still exist; and if appropriate, to make independent recommendations with a view to improving the standards of governance and the operation of the agencies of law enforcement and justice.”

The coming hearings wouldn’t result in direct judicial action, but rather inform a report from Sir Gary to Governor John Rankin. Any evidence gathered could then be used in court proceedings.

“At the commissioner’s direction, a hearing of the COI may be held wholly or partly in private,” according to the rules.

Participants and witnesses can seek legal counsel to represent them in the hearings, but first they must contact Mr. Chandler at steven.chandler@bvi.public-inquiry.uk explaining why, the rules add.

During the hearings, Sir Gary can also “receive any evidence that he considers may assist in fulfilling the COI’s terms of reference, whether or not the evidence would be admissible in the court of law,” according to the rules.

“All documents received by the COI will be treated as confidential, unless and until the commissioner directs otherwise,” the rules state — adding that evidence given strictly confidentially to the commission will stay private.

Sir Gary also has the power to issue a summons to compel someone to give oral evidence or a witness statement. The rules give specific conditions for when a subject’s legal counsel can question a witness at a hearing, and they empower the commissioner to ban questions unrelated to the inquiry.

Anyone who argues that they cannot give witness must write to the commission within 48 hours of receiving their summons, the rules note